Xbox One X games: here are 40 reasons to get excited about Microsoft’s 4K console 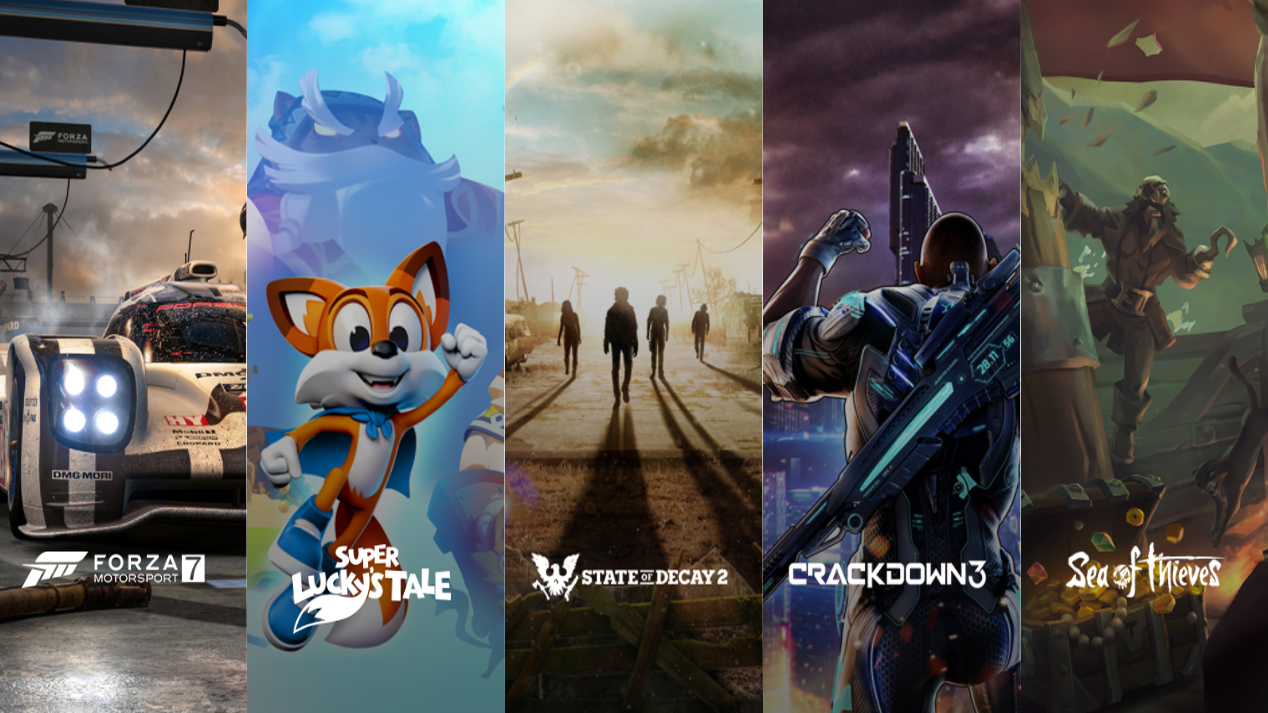 Update: The list of reasons to get excited about the Xbox One X just got a lot longer. At Gamescom 2017 Microsoft has announced that a total of 100 titles will be enhanced for Xbox One X – a mix of new titles like Crackdown 3, Sea of Thieves and Forza 7, as well as previously released titles like Recore, Gears of War 4 and more.

It’s also keeping a regularly updated list of enhanced titles on Major Nelson’s website. Check it out for the most up to date look at what games are coming for Microsoft’s new console, or read on below for our previous top picks from E3.

Microsoft’s E3 2017 press conference has been and gone, and what have we learned? Well, we now know that the brand-new 4K console formerly known as Project Scorpio is called Xbox One X, and we also know that it’ll be available to buy for $499/£449 on November 7.

At the show, Xbox also revealed some of the upcoming new games that will play in true 4K on the console, which include Assassin’s Creed Origins, Sea of Thieves and Middle Earth: Shadow of War.

It won’t just be new titles that will be able to take advantage of the One X’s greater power and 4K visuals – older games will be patched too, and these patches will be free for Xbox One owners who’ve already purchased the games receiving them.

So far, five Xbox One-exclusive titles have been confirmed to support the Xbox One X Enhanced badge, but there are more than 30 third-party games confirmed to be receiving upgrades at launch – at no extra cost, no less.

This is just the beginning; it’s expected that many more existing Xbox One games will receive 4K enhancement patches in the near future, in addition to all the upcoming games we know about.

To help you sort out which games are worth stocking up on before the Xbox One X comes out, we’ve put together a list of some of the biggest games we know will support the Xbox One X enhanced play, to help you decide if you can justify the upgrade to 4K gaming.

This battery-free cellphone runs on light and radio waves

This Bugatti Chiron you probably can afford

Why we lie to ourselves, every day

DefinedCrowd is teaching machines to better understand the complexities of language

UFC live stream: how to watch Andrade vs Weili at Fight Night China online from anywhere

With Google, Facebook And Nextdoor, What’s Next For Lead Generation?

Demo your early-stage startup at the TechCrunch Summer Party

A Tour of the Cartoni Tripod Factory

Next iPhone could borrow a handy Samsung and Huawei feature