Wolfenstein 2: The New Colossus PS4 Day One Patch Is 5.417GB

Wolfenstein 2: The New Colossus’ release date is October 27 but that hasn’t stopped enterprising retailers and distributors in the Middle East from breaking street date and subsequently re-exporting copies of the game to countries like India. Gadgets 360 got its hands on the game on Saturday for the PS4.

On Tuesday, Wolfenstein 2: The New Colossus received its first patch weighing in at 5.417GB. Aside from updating the game to version 1.01, it brings “various optimisations and bug fixes”.

As per our experience post-patch on the PS4 Pro, the lighting and visuals seem a bit sharper though overall performance is pretty fluid as it was pre-patch. A new menu option called the Vault is now visible and it can be accessed in around two weeks. 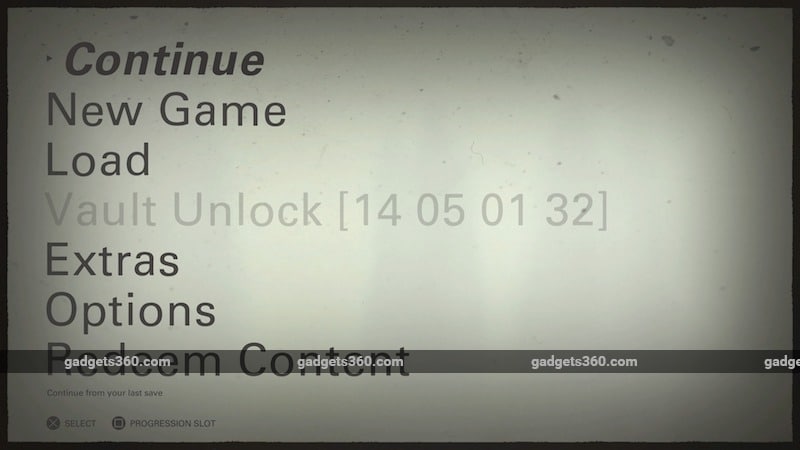 While the game is enhanced for the PS4 Pro, there’s no options in-game to toggle between choices such as a higher frame rate or better visuals, something we’ve seen recent PS4 Pro titles like Shadow of War.

And Wolfenstein 2: The New Colossus’ gameplay itself? It seems to be a more than worthy successor to 2014’s Wolfenstein: The New Order. Stay tuned to Gadgets 360’s full review soon.

UK and Australian governments now use Have I Been Pwned

Studio Portraits in Small Spaces: How I Make It Work

Meet Molekule, the sleekest air purifier on the market

The best Meeker 2017 Internet Trends slides and what they mean

New on Netflix this week: The Toys That Made Us: Season 3, The Crown: Season 3, Klaus + more

Sydney Microsoft Store shows you how to makes games this April

50 examples of GT-R50 by Italdesign could be built