What Happens if you Can Open your Car Using iPhone? Apple iOS Update Knows the Answer

What Might Happen if Your Car can be Opened Using iPhone? Apple iOS Update Knows the Answer   ( Syed Hussaini on Unsplash )

On Wednesday, Feb. 5, Apple‘s newest and the very first beta version of iOS 13.4 was released for developers. Though a lot of exciting new updates can be done with the beta version, one major thing that blew the minds of Apple users is its unique feature called ‘CarKey’ that aims to give access to your iPhone or even your Apple Watch as a car key!

iOS 13.4 allows your iPhone to be your car key

Just in case you lost or forgot your car keys somewhere, what can your iPhone or Apple Watch do? 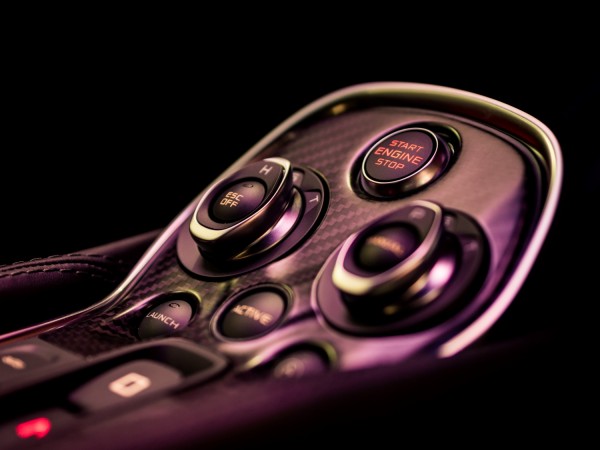 (Photo : Goh Rhy Yan on Unsplash)
What Might Happen if Your Car can be Opened Using iPhone? Apple iOS Update Knows the Answer

Before, nothing at all. But now, Apple’s beta version of iOS 13.4 allows iPhone users to be able to unlock or lock their vehicles using their own smartphone or smartwatch.

As first reported via 9to5mac, iOS 13.4 introduced the newest “CarKey” API that can open your vehicle even without a physical key on your hand. To amaze you more, this feature can also start your vehicle and go miles– even without keys!

How to use Apple’s Car Key Feature?

Though the feature seemed very impressive, users that want to try it might have to wait a little longer since this feature is not yet available for everyone– maybe until iOS 13.4 is officially released on its version.

Still, once you take hold of the feature, here’s how you can connect your vehicle to your iPhone or Apple Watch. First, you have to make sure that your car is NFC-compatible or has a Near Field Communication technology. NFC is a connection system in order for your phone to interact with something close in proximity ranging 4cm.

If your vehicle is NFC-compatible, you can now use CarKey by holding your iPhone or Apple Watch on the reader, and it will soon automatically work without even requiring you a Face ID– or you can change this express mode on settings using the Wallet.

Since you do not need a Face ID to connect your Apple gadgets, CarKey users can also use this feature even when your devices are out of battery.

Despite all the major breakthroughs of the ‘CarKey’ feature, there are also things that Apple users must be aware of if you’re thinking of using the app.

For example, since there’s no need for a Face ID to access your vehicle, chances of fraud and easily stolen cars might be one of its major challenges.

Not only that, but the ‘CarKey’ feature also allows users to share their access code with their friends and relatives. If you’re that person that tends to be a little over-the-top friendly, this feature might not be suitable for you.

Still, Apple seemed to overpower its competitors again on this new feature, and hopefully, iPhone users will soon be opening their cars with their phones. Now, that’s awesome!

Apple M1 MacBook Can Now Fully Use Linux System, But There are Downsides!
more news from the blog

How to Shoot ‘Underwater’ Portraits Without Anyone Getting Wet

Brabus-tuned 2019 Mercedes-Benz G-Class turns up the power, baffles with styling

Four ways that a free VPN can profit from its users

What’s the Deal With Jerry Seinfeld Being Accused of Selling Fake Porsches?

Traditional database versus blockchain: a new take in industry

Microsoft Build will run from May 7 to 9 in Seattle, will overlap with Google I/O

Here’s the Uber investor letter that forced Travis Kalanick out