WD might be synonymous with hard drives, but it has tried to reposition itself as a storage company over the past few years – a strategy that gives it much more leeway, especially with SSDs and cloud services displacing traditional spinning disks. However, instead of just one or two competitors in the hard drive space, WD now has to fend off over a dozen hungry companies including Samsung, Kingston, Adata, and Zotac.

WD bought SanDisk last year, so it’s a little surprising to see SSDs come out under the parent brand while SanDisk’s line also continues to live on. WD has decided to use its familiar Green, Blue, and Black labels, following the hierarchy that has worked for its hard drives for years. Green and Blue models are available as standard encased 2.5-inch SATA drives, as well as slimmer M.2 cards (still SATA), while Black models are only sold in the M.2 form factor and use the high-speed NVMe protocol for better performance.

The Green and Blue lines are more appropriate for people building a new PC, or looking for an inexpensive way to give an older desktop or laptop a new lease of life. WD Green is for entry-level buyers, and there are only 120GB and 240GB models. WD Blue represents mainstream performance, and you have a choice of 250GB, 500GB, and 1TB models. We’re reviewing the encased 250GB WD Blue SDD today. 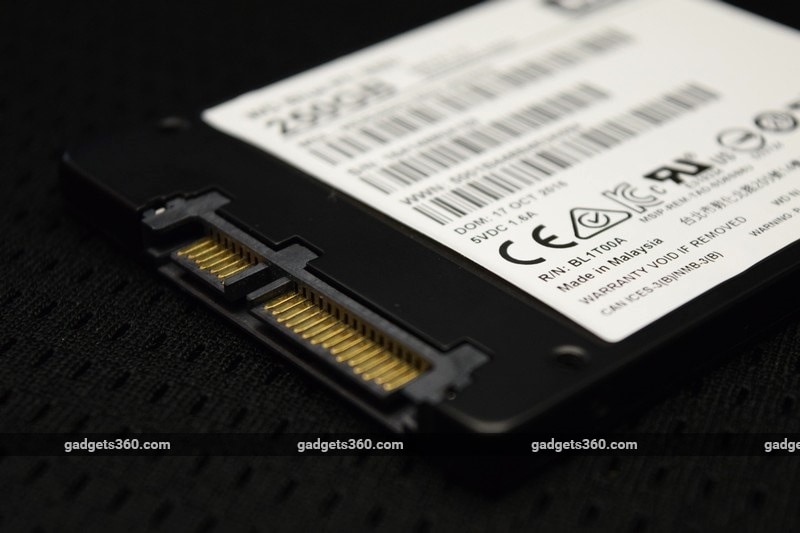 Both the standard and M.2 variants of each capacity level get exactly the same performance ratings. WD says we can expect sequential reads and writes of 545MBps and 525MBps respectively for the 1TB and 500GB models, with the 250GB model coming in slightly slower at 540Mbps and 520Mbps respectively. Endurance, measured in Terabytes written, is 400, 200, and 100 for the three different capacities. Power consumption when active should be 70mW, and that drops to as little as 4.9mW in the ultra-low power SSD DEVSLP mode.

WD says that its Blue SSDs use TLC flash memory, but doesn’t specify its manufacturing process or whether it’s planar or 3D. You get a 3-year warranty which is pretty common, but some companies including Samsung offer five years. Our review unit came with nothing else in the box, not even an adhesive shim which most manufacturers include to help 7mm thick SSDs fit into laptops designed for 9.5mm hard drives.

Our review unit weighed a mere 37.4g, which made it feel like the enclosure was mostly empty. It felt like the body was made of metal, and while it wasn’t flimsy, it did feel very light.

You can use WD’s free SSD Dashboard tool to monitor the health of your drive. You can visualise capacity usage and partitions, and there’s also an indicator of total wear and tear. You can check the drive’s temperature and overall health, or run a diagnostic test manually. You can even sign up for email or SMS alerts when the temperature or health indicators cross normal parameters. There’s a real-time performance graph which is handy. The app offers an easy way to update firmware if that should ever be necessary, and securely erase all content. It’s a surprising amount of functionality. Unfortunately, this program is only available for Windows. 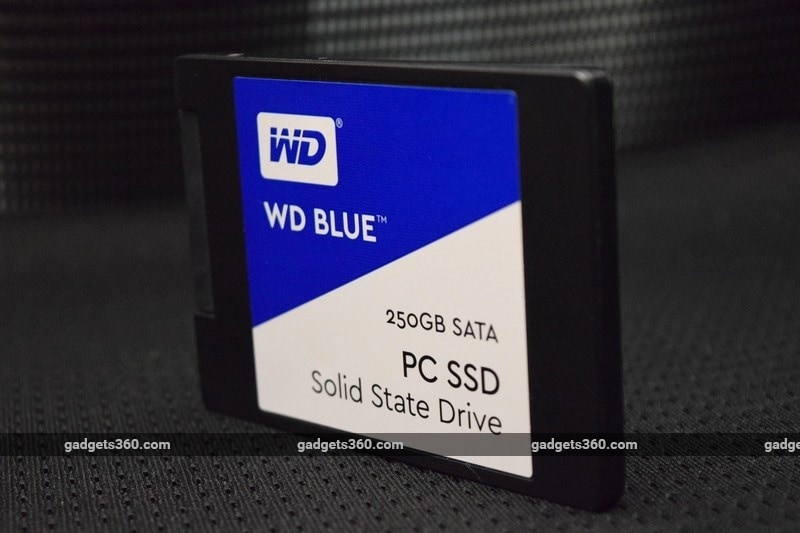 WD says its performance numbers were arrived at using the industry-standard CrystalDiskMark, which is also what we use for testing. We actually got scores that were very slightly higher: 558.2MBps sequential reads and 524.9MBps sequential writes. However, users rarely read or write so much contiguous data in one shot.

This kind of performance is more than adequate for a mainstream PC or laptop, and compares favourably to what we saw from the Adata SP580 and Kingston HyperX Fury units we’ve tested. If you’re upgrading from a spinning hard drive, the difference will be like night and day.

Verdict
As is evident from WD’s packaging, the company would very much like for you to have both, a speedy SSD and a capacious hard drive – preferably ones it is selling. While not always possible due to space or budget constraints, we see why the company decided to get into this market, and the WD Blue SSD is a good start.

Samsung is the leader of the SSD market by far, but WD has massive goodwill and familiarity with system builders as well as enthusiasts. However, with so many choices in the market, it all comes down to price. The official MRP for the 250GB WD Blue SSD is Rs. 9,500 and as with most components its street price is much lower. We’ve seen prices fluctuate between Rs. 6,600 and Rs. 7,800 over the past two weeks, and it’s a good buy at that lower threshold. Keep in mind that the gap between MRPs and street prices isn’t uniform across all capacity and form factor variants, making it difficult to make a value recommendation that applies to the product line beyond this one specific model.

The LG G6 has a built-in Frontback feature

Entirely soft 'Octobot' robot may be the future of home helpers

Apple Watch deal: Buy one Apple Watch, get another up to 50% off at Verizon

PayPal nixes Purchase Protection for payments made through crowdfunding platforms

The best Xbox One X deals: where to pre-order the 4K Xbox

Samsung Galaxy Tab S3 hands-on preview: The ghost of the Note 7 lives on in this tablet

Twitter says few users have opted out of its new, algorithmic timeline

5G's impact on the future of work