This free VPN could be spying on you 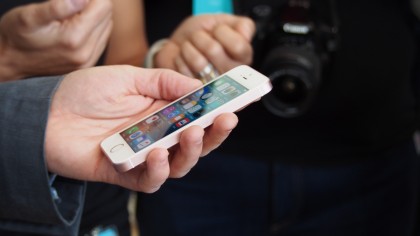 Analytics firm Sensor Tower has been accused of harvesting user data via multiple VPN and ad-blocking applications on both Android and iOS platforms.

The company is said to own over 20 applications on both the popular OS platforms with a total download count of over 35 million.

Several of these apps prompted users to download additional files, thus allowing access to their traffic and browsing data without their knowledge or consent.

Apple has confirmed that over a dozen applications from the developer were removed from its app store in the past for policy violations and has now removed another app called Adblock Focus. Google has also removed an app called Mobile Data from the Play Store. Both Apple and Google are investigating other apps linked to the company.

Luna VPN app was one such app that avoided App Store regulations by prompting users to download root certificates through and external website in the guise of blocking YouTube advertisements.

Investigations revealed that these apps were not listed under carried Sensor Tower’s branding instead used other company names. Though the code authored on these apps could be linked to the developers working for Sensor Tower.

Randy Nelson, Sensor Tower’s head of mobile insights did not deny the link and said that the relationship with Sensor Tower was hidden due to competitive reason.

“When you consider the relationship between these types of apps and an analytics company, it makes a lot of sense — especially considering our history as a startup,” he added.

“The vast majority of these apps listed are now defunct (inactive) and a few are in the process of sunsetting. We take the app stores’ guidelines very seriously and make a concerted effort to comply with them, along with any changes to these rules that occur from time to time.”

Nelson also stated that the apps only collect anonymous data and did not draw  personally identifiable data or any other sensitive information.

Adobe Lightroom Is Now Available On Apple TV, But Without Editing Features: Here’s Why It Still Might Be Useful

Should I buy a Sony compact camera?

10 Tips On Getting Your Photography Exhibited in a Gallery

Amazon Echo, Echo Plus and Echo Dot debuts in India

Cadillac just revealed the design of its first EV

In Search of Beauty: Discovering My Place in Art as a Photographer

The Simpsons Hit and Run and gateway gaming

These are the best Dell EOFY deals

Is this the beginning of the end for The Elder Scrolls: Legends?