The Winning Photos of the 2017 Smithsonian Photo Contest 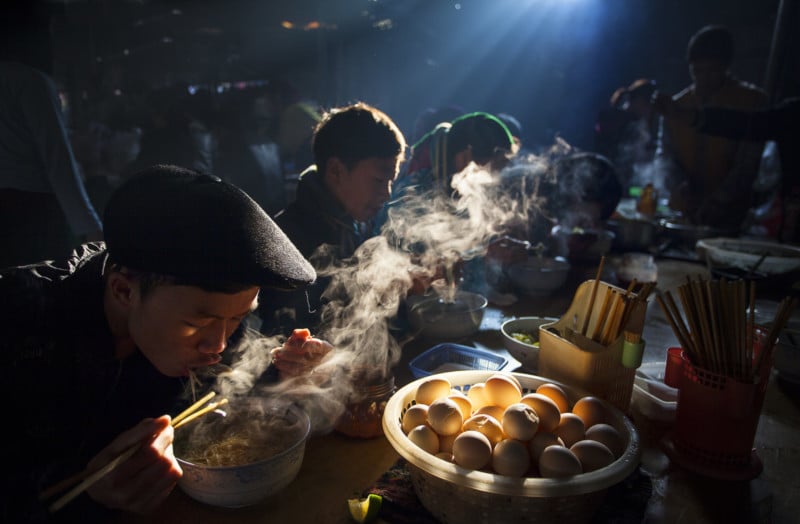 Smithsonian.com has just announced the winning photos of its 2017 Photo Contest, the 15th edition of the contest. The grand prize winner this year was photographer Thong Huu for his photo above, titled “Breakfast at the Weekly Market.”

“In northern Vietnam, people come to the weekly market to exchange goods and culture,” Huu writes in the description. “They usually wake up very early to go to market and have breakfast here.”

This latest contest received 48,000 submissions from photographers living in 155 countries and territories around the world.

Here are the other photos that were selected as the winners of the 6 categories and the Reader’s Choice:

Energy travels hundreds of miles across the ocean and comes to a dramatic end when it reaches our shores.

A wrestler does a backflip off the ropes of a wrestling ring in an attempt to defeat an opponent.

Decoratively dyed bundles of incense dry in Quang Phu Cau, a commune in Hanoi, Vietnam. In Buddhist countries like Vietnam, incense is an irreplaceable part of traditional festivals and religious ceremonies.

Niloofar is an Iranian nomad girl living in the Babanajm nomad region south of Shiraz city in Fars Province, Iran.

There are not many other animals as productive as sheep. They give us wool, milk, meat. Their memoirs are usually short. The pool of names is repeated every two years on our farm. We have already had two Queens, three Theos and four Fables.

A man bikes by a Peter Hazel sculpture at the Burning Man festival in Black Rock City, Nevada.

This is Maggie. She has two rare chromosome duplications, one of which she’s the only child on record to have. This photo captures not only her vulnerability, but also the magnitude of the science for which we are so grateful. A little girl and her “Gigi” already way too familiar with hospitals and doctors offices than any child should be.

Visit the contest’s website to view the other winners and finalists of Smithsonian.com’s 15th Annual Photo Contest. The 2018 Photo Contest is now open for entries as well.

The Pope is getting on the AI bandwagon

Sex Education season 3: release date predictions and what we know

As eSports popularity explodes, betting needs to be regulated

Fidget Spinners On Fire, And We Mean That Literally: Electronic Versions Explode While Charging

Just Cause 4 Release Date Broken Internationally
iOS 13: Here are the new security and privacy features you need to know

The best movies on Stan: a list of the top films streaming in Australia now

Why we might miss out if tech moved any faster

With Forza Horizon 3 and Gears 4, Xbox Play Anywhere is off to a shaky start

Twitter adds a button so you can thread your shower thoughts

Facebook adds eBay’s Daily Deals to its Marketplace on mobile