Starlink: Battle for Atlas 'Is Bigger Than Most Open-World Games Ubisoft Makes'

Revealed at E3 2017, Starlink: Battle for Atlas is an action-adventure game set in space. It features toys-to-life elements not too dissimilar to Nintendo’s amiibo that are used for in-game bonuses in Nintendo titles such as Legend of Zelda: Breath of the Wild. In Starlink, the toys are used to customise your starship in-game when you place them on a custom controller mount that is sold with the game, though developer Ubisoft Toronto claims you can play it without the use of its toys. The Starlink: Battle for Atlas release date is October 16, in a month of big AAA hits like Call of Duty: Black Ops 4, Red Dead Redemption 2, and Ubisoft’s own Assassin’s Creed Odyssey. Gadgets 360 spoke to Jesse Knapp, Lead Designer for Starlink: Battle for Atlas at Ubisoft Toronto to find out what makes the company’s take on space games stand out.

Starlink marks Ubisoft’s maiden attempt at the toys-to-life subgenre popularised by the likes of Lego Dimensions, Skylanders, Disney Infinity, and of course the aforementioned amiibo from Nintendo. Without the in-house expertise to craft such an undertaking, Ubisoft Toronto collaborated with toy industry experts to help execute the ideas the studio had in mind.

“The expertise we brought in from the toy industry has primarily been an influence into how we achieve what we’ve been trying to do,” says Knapp. “So, the vision has come from the team at Ubisoft Toronto, and the experts in the industry helped us realise which of our ideas maybe were folly, and which ones can be achieved, and then how to achieve those.” 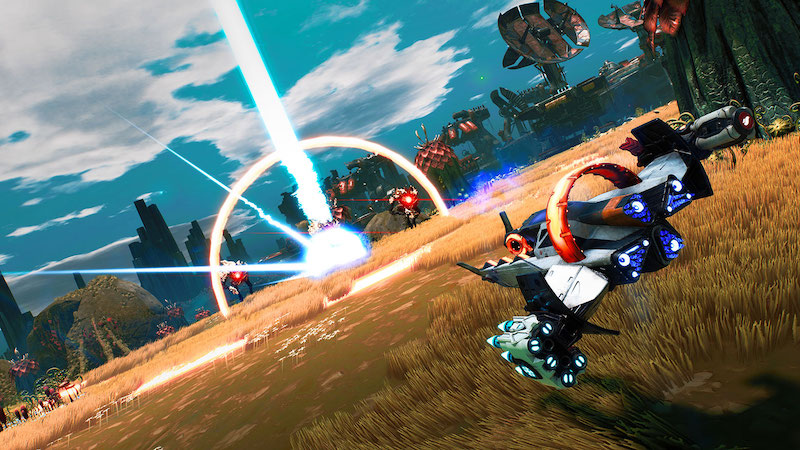 And while using Starlink’s toys to play the game may be optional, they’ve had a profound influence on the game’s development.

“The toy has been the heart of what we’ve been doing on Starlink the whole time, absolutely” he adds. “The existence of the toys, and their place in the game, had a huge influence on our gameplay and our art direction. It worked in the other direction as well; as we improved our gameplay and art direction, this has influenced the toys we have made.”

In Starlink, your starship can be customised as you see fit, which allows for freeform combination of ship parts. This includes wings placed upside down and weapons facing backwards. We wondered if this would mean players would be able to use their ships as intended or if the game would use it as an opportunity to teach players how to assemble a functional starship keeping the laws of physics in mind.

“Modular starship building and creative combat have been pillars of the game since the very beginning,” Knapp reveals. “I would say that the game is balanced with that in mind. We really want to encourage players to play the way they want, and to explore different combinations.”

Knapp tells us that each component of your ship has its own attributes. Wings for example are of several types specialising in defence, speed, or handling to name a few. As these are added to a ship, its stats are modified and weight is added too.

“There is a limit to how many wings you can use, and you’ll notice differences in the handling of your ship as you add more wings,” he explains. “Each ship is at its most nimble when you take all the wings off. As you add more wings it gets physically bigger in the world, which means there are places you can’t go, and it becomes heavier.” 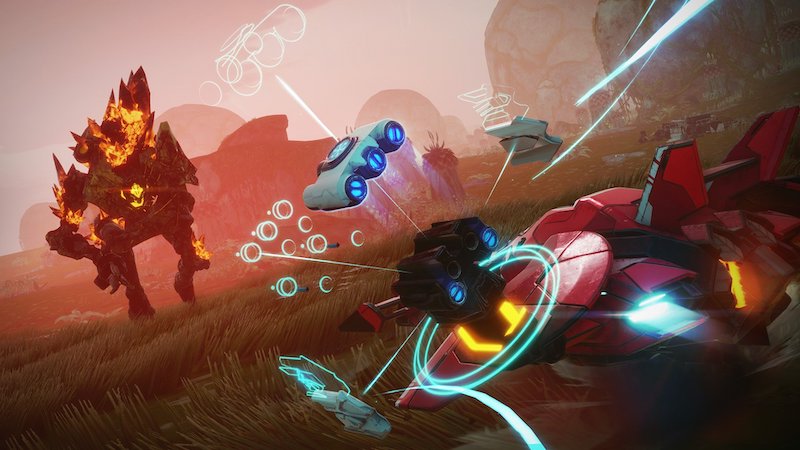 And yes, placement matters in the game, making your ship more or less effective though Starlink won’t school you on the right way to play.

“If you put four wings on a side, it can’t fly anymore, and it becomes more of a turret. With four on one side you’re not going anywhere,” Knapp says with a laugh. “As for putting the weapons on backwards, it’s a fun little trick. You can combine that with the reverse camera, to shoot enemies behind you, as you fly, which is pretty fun.”

Aside from the design of the game’s ships we were curious about what went into the creation of Starlink’s game world. Starlink appears to have a smaller sense of scale with seven planets versus No Man’s Sky’s seemingly infinite representation of space. Knapp states this is far from the case.

He went on to explain the thought process of constructing an open-world for Starlink.

“We looked a lot at scale, the distance between planets, the size of those planets, and we really tried to find the right balance for this game,” he reveals. “To keep things feeling big enough that you can lose yourself in that experience, and not worry too much about the scale, but small enough that you don’t have to worry about the scale because there’s always something to do and interesting things to interact with.” 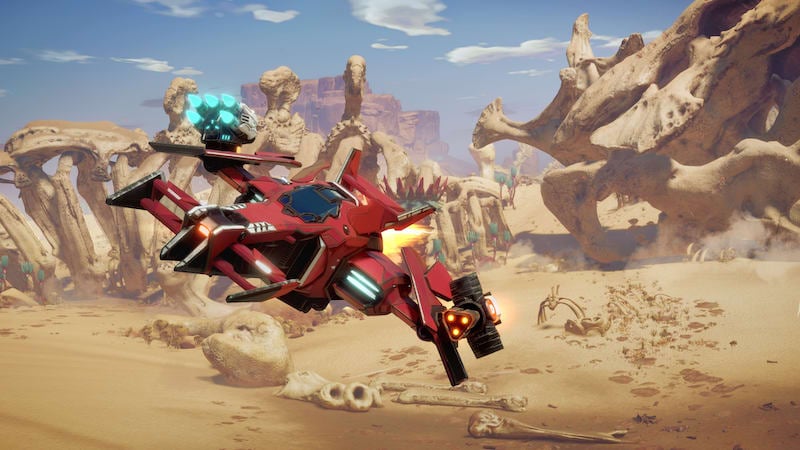 The conversation shifts to the Nintendo Switch version of Starlink. It features characters and ships from the Star Fox series — a collection of games starring anthromorphic animals piloting starships. After Mario + Rabbids: Kingdom Battle, Starlink marks the second collaboration between Nintendo and Ubisoft this generation. Turns out one of the early references for Ubisoft Toronto was Star Fox.

“Star Fox is a very inspirational and exciting title. Early on in the project we drew a lot of inspiration from Star Fox,” he says.

Finally we wondered what the future of toys-to-life experiences holds. With augmented reality tech like ARKit 2 from Apple and ARCore from Google seeing gradual improvements, could the evolution of the genre lie in AR and could Starlink take advantage of AR for an iOS or Android outing? Knapp left us with this.

“When we originally started, our mandate was to explore new technologies, to create innovative game experiences,” he says. “Starlink came from that mandate. Right now, Starlink is a complete game for the first time, ready for people to play it. But, the exploration of technology is core to our DNA, so who knows what could happen.”

If you’re a fan of video games, check out Transition, Gadgets 360’s gaming podcast. You can listen to it via Apple Podcasts or RSS, or just listen to this week’s episode by hitting the play button below.

New Lamborghini to be revealed on May 7

Here’s what you missed at TechCrunch Shanghai 2017

Nameplate From the Past Returns in Trademark Filings

Drunk Droning May Become a Prison-Worthy Crime in New Jersey

Facebook launches Youth Portal to educate teens on the platform, how their data is being used

The Most Interesting Things at Computex 2017 Were the Chairs

Digital magazine company Issuu is now a collaboration platform, too

Flickr Revamps Galleries with a Fresh Look and New Tools

Redmi Phone With Samsung-Made 64-Megapixel Camera in the Works: Report

2018 Volkswagen Touareg to debut on March 23 in Beijing

Here's what I learned being 'that' wearable camera guy