No matter how powerful Coronavirus can be, it will not delay the release of Google’s 2nd Generation newest headphones called Pixel Buds. Congratulations to all Google fans out there; the newest and much-awaited headphones might hit the market in spring 2020. This is what may possibly happen after Pixel Buds 2 already received its safety approval from the United States Federal Communications Commission or FCC.

Heads up! Google Pixel Buds 2 will be available in spring 2020, ask FCC!

Heads up to all customers out there waiting for Google’s more advanced Pixel Buds, here comes what you’re all waiting for. 9to5Google reported a possibility of having these 2nd gen Google headphones in the market sooner than we thought it could be.

As reported, FCC passed yesterday, Mar. 25, both listings of each Google headphone– which is ahead of what’s expected to be the retail release of the device. The testing of Pixel Buds was made in August and was completed between November to December. Google, then, submitted its confidentiality request on Dec. 17, 2019.

All technology devices are required by Federal Law to take the FCC approval before launching their devices to the US market. This is the way of the government to make sure that all gadgets listed in the market are safe to be used, to be distributed, and to be sold to all of its potential users.

FCC’s Office of Engineering and Technology released the report that entails both of the product listings of Google’s Pixel Buds named G1007 and G1008.

The agency certifies Google headphones as safe to use by the consumers. Since the “devices are too small to accommodate the FCC ID and also too small for the 15.19 statement,” the certification above will be put in the packaging and the user manual of each device– if you want to check out your Pixel Buds 2 for FCC approval.

Google Pixel Buds: Are these worth it to buy? 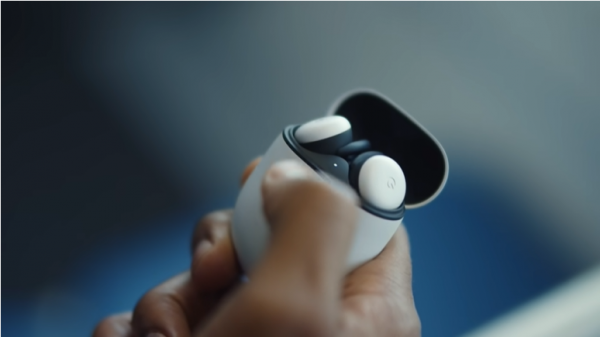 (Photo : Screenshot from: Made by Google’s Youtube Account)
Google Pixel Buds 2 Coming in Spring! FCC Approves New Headphones, Here’s What Will Happen Next!

Since FCC already approved the design of Google Pixel Buds, it is now expected for the company to finally release the gadgets starting this month or until June 2020.

But why would you like to purchase these devices?

According to Digital Trends, one major thing that makes Pixel Buds 2 worthy of being purchased in the stores is that it is way more advanced compared to the first Google Pixel Buds in 2017. Pixel Buds 2 is said to have a longer-range of Bluetooth, which means that you listen to music even far away from your smartphone. It was also said to last for five consecutive hours. Plus, the charging case will no longer have any cables on it– making it more convenient.

To top all that, it costs $179– which is less costly compared to AirPods Pro!

Android to Have Bedtime Feature to Fight Insomnia During Coronavirus Crisis; Google Pixel Updated With Safety Tools for Car Crash

How to watch Winter Love Island online: stream free from UK or abroad

Panasonic firmware updates bring a host of improvements to G9, GH5 and GH5S

In Europe, a gradual stirring

Understanding memory card speeds and what works best for your phone

GitHub is raising a secondary round

How to Delete Apps on Android, Windows, iPhone, or Mac

This PC has a surprising feature no other computer offers

Memorial Day deal at Walmart: get the Apple iPad on sale for $249

Ricoh Theta V is a 360-Camera with 4K, Spatial Audio, and Live Streaming

F1 live stream: how to watch the Belgian Grand Prix 2019 online from anywhere