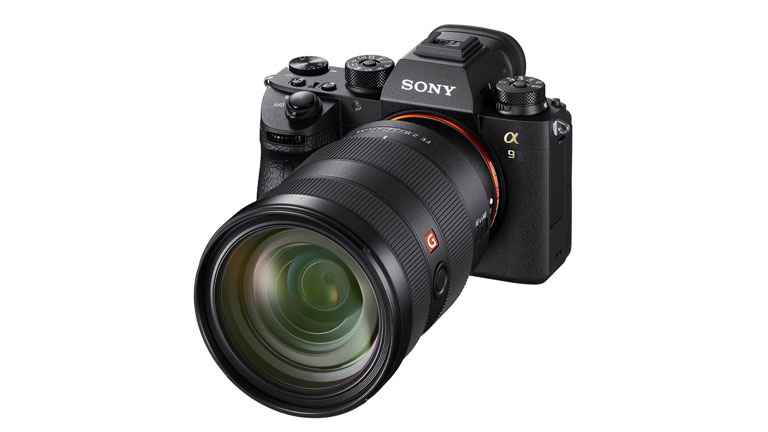 As for the features on board the new cameras, Sony talks about the use of a new electronic shutter which operates without any noise while clicking pictures. This is incredibly helpful in environments where silence is imperative. The cameras can also record 4K UHD videos by default.

The Sony a9 comes with five-axis image stabilization which enhances the shutter speed by 5.0 steps with a maximum shutter speed of 1/32,000 of a second. The company’s new full-frame stacked CMOS sensor allows for 20 times faster data processing compared to the company’s older full-frame mirrorless cameras. Another major highlight of the new a9 series is that it can offer “blackout-free” shooting at 20fps consistently. It also comes with 60 AF/AE tracking calculations per second.

These are heavily packed cameras, and the company is building on all the advancements made with its Sony Alpha series of cameras. The pricing of these cameras put it beyond the reach of the average shutterbug since they’re aimed towards the professionals out there. Interested buyers should be able to grab all the new models in the lineup by the end of this month.

The vivacious, acrobatic Minitaur robot will definitely improve your day

A salute to Nintendo’s Genyo Takeda, retiring after 45 years of innovation in gaming

Can I use a tablet as a replacement for my smartphone?

Daily Crunch: Hands on with the Samsung Galaxy Fold