Singapore revealed on Friday, June 5, that it will launch a wearable device that will help in the COVID-19 contact tracing. Currently, there are a total of around 36,900 cases in the Southeast Asian country, the nationwide newspaper The Straits Times reported.

The Singaporean parliament stated that this wearable tech will be rolled out to the country’s five million residents and more, especially if it is proven effective. Foreign minister Vivian Balakrishnan spoke with the parliament, saying they are developing a wearable device that will not be very dependent on smartphones.

Balakrishnan added, “I believe this will be more inclusive, and it will ensure that all of us will be protected.” 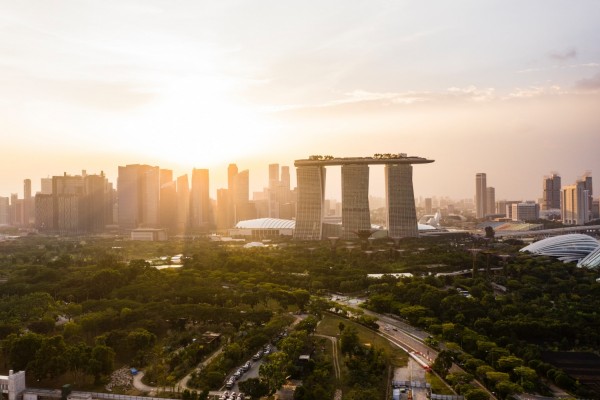 (Photo : Kirill Petropavlov / Unsplash)
Singapore’s action against COVID-19 is one of the best in the world, but it is also a country with the most number of cases in Asia.

As the days unfold since the first time the world faced the coronavirus, authorities are mastering the strategy on how to curb the virus quickly. One example is the use of wearable devices. This is seen as the country’s attempt to automate and quicken contact tracing since the city has one of the highest numbers of cases in Asia. This is despite the fact Singapore is regarded with “gold standard” in its approach to combat the virus.

The wearable tech may be worn at a person’s lanyard, with official identification cards, for instance, or kept inside the handbag while walking outdoors.

In March, Singapore also launched contact tracing apps known as TraceTogether. These apps make use of Bluetooth signals to assist authorities in knowing which people have been exposed to patients diagnosed with the virus. However, there is a downside.

TraceTogether isn’t downloaded by many people and presents glitches when used with Apple and iOS devices.

COVID-19 has affected millions of patients around the globe and counting. Economies and businesses are affected since many offices and establishments have also shut down.

According to Electronics 360, the pandemic will also affect the smartphone market this year, with the supply chain decline seen at around 12 percent, not to mention issues with the demand, unemployment, and store closures.

With this being said, the demand for wearable tech is expected to grow but slowly compared to the time without the virus. But what’s surprising is the growth in the demand, despite changes in the business atmosphere.

Consumer confidence is at an all-time low with lockdowns all across the globe, and unemployment, seeing that people are out of the office and staying at home. It will impact the demand for smartphones, with the jumpstart still projected in 2021.

In China, the supply chain eases as factories recently resume operations. However, the decline is evident. This is also what happens in European nations such as Spain and Italy.

Best Keyboard Covers: Your Easy Buying Guide To Protect Your Keys From Dirt and Liquid

Here are the New Leaks of Samsung’s Bean-Shaped Earbuds: Now with Its Charging Case
more news from the blog

Photos of Dutch Tulips from the Ground and Sky

iOS 10 apps you should replace today

Facebook seeks patents for tech that predicts your every move

Windows is gaining on iOS in the education market

Low- and zero-emission zones are coming

Shadow of War for the PS4, PS4 Pro, Xbox One, Xbox Scorpio, and Windows 10 PC Confirmed

The cheapest iPad mini prices, sales and deals in August 2019

The best iPhone 7 deals and UK contracts in March 2019

For Honor Has an Early Release Date in Turkey; Other Countries to Follow?

Have an Apple Card? Use it to buy your next iPhone interest-free

Porsche Half11 is sure to shock classic car purists

Searching for a Trophy Buck in Street Photography

Passwords for 32M Twitter accounts may have been hacked and leaked