CES 2017 doesn’t arrive until next week – it’s got the next year in its name as a clue – but that hasn’t stopped a whole bunch of companies, including Samsung, from announcing some of their products ahead of the trade show. For the South Korea-based electronics giant, that involves a new wireless speaker, a new soundbar, a new UHD Blu-ray player, and a new robot vacuum.

With its audio-visual products, Samsung claims to have found the “future of audio”. The company is referring to its proprietary audio upscaling technology called Ultra High Quality audio, or just UHQ. With it, any 8- to 24-bit source can be converted into a 32-bit stream, which Samsung says “much closer in quality to the original recording than existing HD audio”.

This isn’t the first time Samsung itself has peddled its UHQ tech, with the Galaxy Note 5 fitted with a similar setting back in the day. Moreover, in an age where most people get their music via streaming services such as Spotify and Apple Music, it begs to be asked if the average consumer even cares about the difference between 8-, 24- and 32-bit streams of audio, or can even tell them apart.

As for the products, the Samsung H7 wireless speaker, as it’s called, looks like a streamlined version of an old-school stereo. It’s not at all retro when it comes to music playback though, with the speaker’s wheel letting you select playlists from streaming services. The MS750 sound bar, meanwhile, brings “subwoofer performance directly into the primary unit”, says Samsung.

Then there’s the M9500 UHD Blu-ray player, which Samsung says is optimised for HDR content. The new player looks at the source – be it HDR, Atmos, or DTS-X – and adjusts both video and audio for “optimal” performance. Plus, its ‘Private Cinema’ viewing mode lets you send audio to a pair of Bluetooth headphones instead the TV. 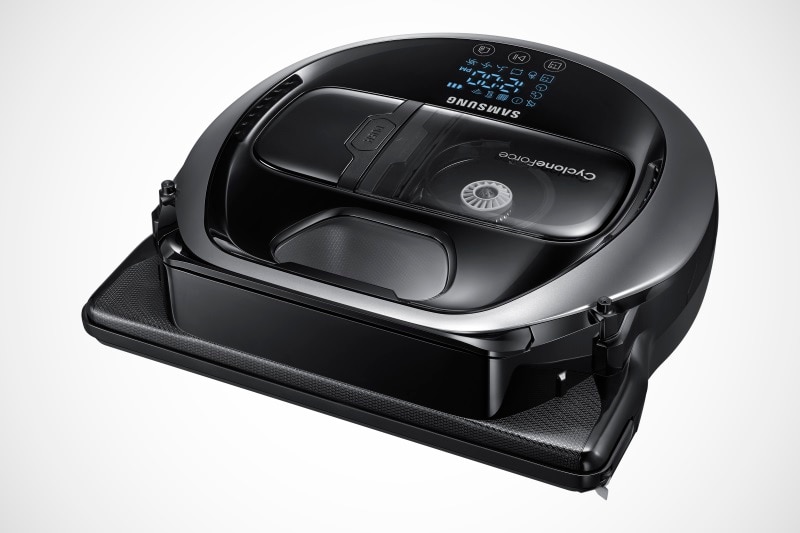 Rounding up the lot is the VR7000 robot vacuum, which stands less than 4-inches tall. That’s a notch thinner than all of the existing products in the iRobot lineup, except the Roomba 770 which comes in under 3.5-inches. But Samsung’s new vacuum trumps Roomba with its Alexa support, which means you can control it using an Amazon Echo.

It’s still technically not CES, so naturally Samsung is withholding detailed specifications, pricing, or availability on all the above products. Expect more information early next week.

Amazon launches a low-cost version of Prime for Medicaid recipients

The Microsoft-Apple Rivalry Is Alive and Well

French government to promote gender equality in the tech ecosystem

What is a cloud broker?

The best gaming monitor 2017: the top gaming screens of the year

Tour de France 2018: Why this year’s race will be the smartest yet

iOS 10 lets you delete built-in apps: Here's what you should replace them with

Analyst: A 4-inch iPhone may soon be in Apple's future (again)

2018 Lexus LS teased ahead of Detroit

Original Content podcast: The end is in sight on ‘Orange is the New Black’

The Sony A9 inches the mirrorless camera market forward

In Middle Earth: Shadow of War, Orcs Are People Too

Oh, the places you can go with Google Street View