Samsung has launched its 2018 lineup of televisions in India. The company, which recently launched a cheaper 43-inch variant of its Frame TV, has refreshed its flagship QLED, mid-range UHD, and ‘Make for India’ Concert range of televisions.

The South Korean giant has increased its UHD lineup from 10 models to 16 models and its QLED lineup from 6 to 8 models. The former now starts at Rs. 64,900 and the latter is priced starting at Rs. 2,45,000. Televisions across both ranges now come with Samsung’s One Remote with S-Voice built-in.

Samsung’s 2018 QLED lineup is equipped with an ‘Ambient Mode’ that replicates the pattern on the wall behind the TV. This allows the televisions to blend into a room, even when they are switched off. You can take a photo of the wall behind the television via Samsung’s SmartThings application. The TV then creates a matching look on the screen. The Smart Things app can also be used to connect TVs to other IoT enabled devices, send notifications and mirror your smartphone’s screen.

The new Samsung QLED televisions can also display the weather and come equipped with a selection of artworks. Users can also create custom backgrounds by uploading their own photos. Another unique aspect of the QLED range is the slim, near invisible glass fibre cable, called ‘Invisible Connection’, which is capable of transmitting both power and data. 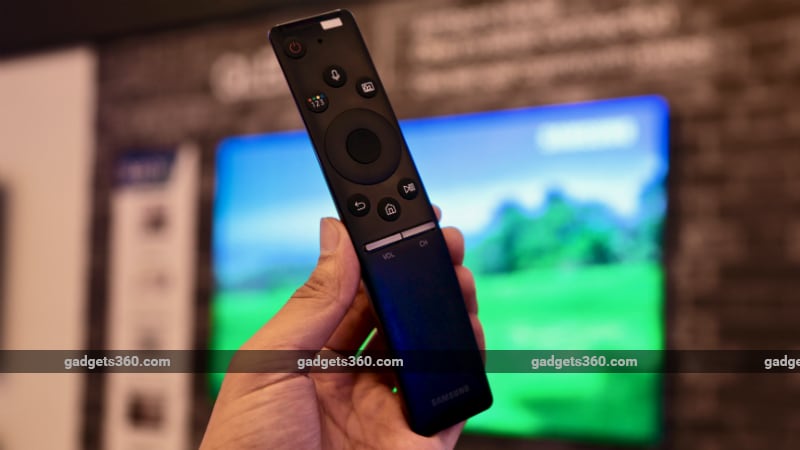 The 2018 UHD lineup supports HDR and is equipped with Samsung’s Dynamic Crystal Color technology that supposedly delivers crystal clear tones across an expanded colour spectrum. The TVs also have Bluetooth and S-Voice built-in and can connect to a host of IoT devices via the SmartThings application.

Samsung also refreshed its Concert series of televisions, which now have four built-in speakers rated at 10W each. The company claims Indian consumers are looking for loud volume and cinematic sound capability from their televisions and the 2018 Concert range aims to address this need.

In view of the FIFA World Cup 2018, Samsung has introduced a few offers under the ‘Feel the Game’ banner. The company will be offering a free Galaxy S9 (Review) with the 2018 QLED TVs along with a free soundbar or speaker with select UHD TVs. The offer will be valid across India till July 15.

F1 live stream: how to watch the Mexican Grand Prix 2019 online from anywhere

Rakuten has SoftBank in its sights

ZTE replaces its CEO and other top execs

Ford updates its Taurus sold only in China

Oh great, now Nintendo Switches are warping in their docks

Zero is a mobile automation app for email addicts

The Witcher cast for season 2 has officially been announced

Testing the eSIM capabilities on the iPhone XS using GigSky

AMG hypercar tipped to be called the One

Support Your Child's Artistry With These Bestselling Drawing Tablets for Kids

Book publishing in the digital age

What is JustWatch? The TV streaming service guide explained