Samsung has released a couple of illustrations that give us a sneak peek at the future of foldable phones. The South Korean company has been developing foldable displays under the Samsung Display division for some years. In February last year, Samsung also started its journey as a foldable smartphone maker and unveiled the Galaxy Fold as the first commercially available smartphone that can be transformed into a 7.3-inch tablet, thanks to its flexible display. However, after bringing the initial range of foldable phones to the market, Samsung may have something different to showcase in 2021.

As spotted by SamMobile, Samsung Display has shared the illustrations showing new foldable smartphone concepts on its Korean blog. One of the visuals shared publicly shows a tri-fold display on a phone that becomes similar to the original Galaxy Fold when folded. It appears to have a smartphone interface on one side and a tablet-like experience on the other.

TCL showed off a concept phone carrying a tri-fold display in March this year. Some patents also surfaced in the recent past showing ongoing development towards the new foldable form-factor.

Aside from visualising the tri-fold display, Samsung has shared another illustration on its Korean blog that shows a device with a rollable display. It appears to come from a cylindrical stick and provide an enhanced productivity experience. 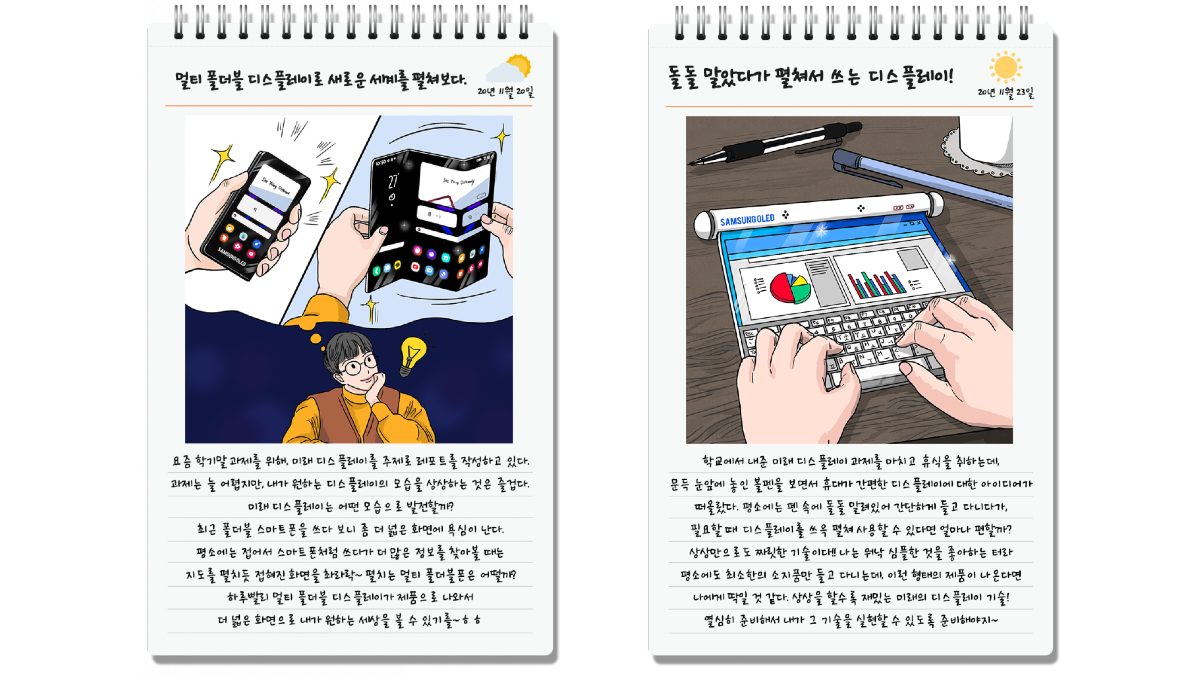 Samsung hasn’t provided any details on whether it’s working on any of the visualised foldables. However, the company did reportedly mention in its recent conference call that it would continue to strengthen its foldable smartphone portfolio in 2021.

Is this the end of the Samsung Galaxy Note series as we know it? We discussed this on Orbital, our weekly technology podcast, which you can subscribe to via Apple Podcasts, Google Podcasts, or RSS, download the episode, or just hit the play button below.

What else can I do in Daydream?

The Best Cricket Games of 2017

Godzilla's biography: The history of the Nissan GT-R

Mark Your Calendars, The Canon 6D Mark II Should Arrive in July – Report

Samsung Galaxy Note 9 Buyers to Get Galaxy Watch at Rs. 9,999

Why multinationals prefer to take GDPR as baseline for global compliance?

What product development teaches us about self-improvement

Apple is having a bad year, and so many of its problems are self-inflicted

Uber and Lyft sued for patent infringement by ‘Hailo,’ but not Daimler’s Hailo