The Samsung Galaxy Note 10 price in India is set at Rs. 69,999 for the sole 8GB RAM + 256GB storage variant. It was launched in Aura Black, Aura Glow, and Aura White colour variants – and we can expect these to make their way to India as well.

As for the the larger model, the Samsung Galaxy Note 10+ price in India starts from Rs. 79,999 for the base variant with 12GB of RAM and 256GB of onboard storage. The company has not revealed the price of the 12GB + 512GB model at this point. Samsung launched the Galaxy Note 10+ in the same colour options as the Galaxy Note 10.

According to Samsung, both Galaxy Note 10 and Galaxy Note 10+ will go on sale in India beginning August 23. The pre-orders are now open and will continue through August 22. The consumers will be able to pre-book the phone via select retail outlets as well as online retailers like Amazon, Flipkart, Paytm Mall, Samsung Online Store, and Tata Cliq.

The dual-SIM (Nano) Samsung Galaxy Note 10 runs Android 9.0 Pie with the company’s One UI on top. It comes with 8GB of RAM, and 256GB of inbuilt storage that isn’t expandable via microSD card slot. It bears a 6.3-inch full-HD+ (1080×2280 pixels) Infinity-O Display with a Dynamic AMOLED panel that supports HDR10+ and dynamic tone mapping. The phone is powered by octa-core Exynos 9825 SoC that was announced just hours before the Galaxy Note 10 launch event.

There is a triple rear camera setup on the Galaxy Note 10, with a 12-megapixel wide-angle (77 degrees) primary sensor that has a variable aperture from f/1.5-f/2.4 as well as optical image stabilisation (OIS). The setup also features a 16-megapixel sensor with an ultra-wide angle (123 degrees) lens and an f/2.2 aperture. Finally, it bears a 12-megapixel sensor with a telephoto lens (45 degrees), an f/2.1 aperture, and OIS. 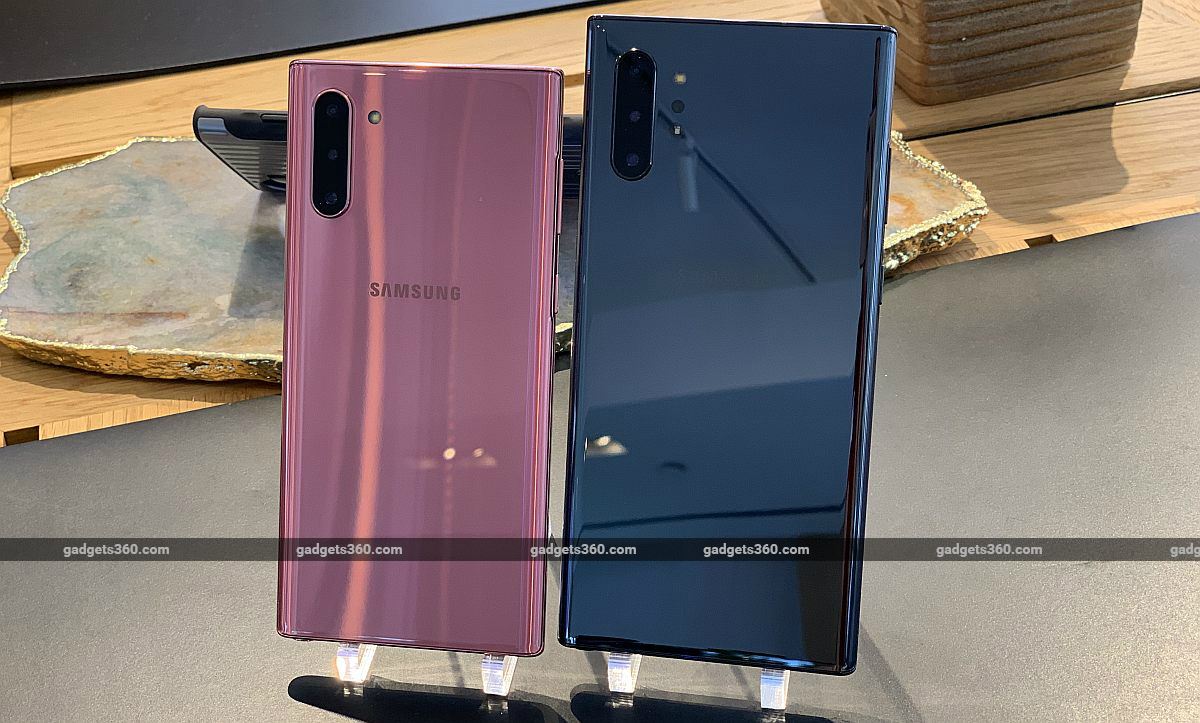 The Samsung Galaxy Note 10 has an accelerometer, ambient light sensor, barometer, gyroscope, magnetometer, proximity sensor, RBG light sensor, and an ultrasonic in-display fingerprint sensor on board. It runs on a 3,500mAh battery, and ships with a 25W charger in the box. It measures 151×71.8×7.9mm and weighs 168 grams. The all-new S Pen features a 6-axis sensor with a gyroscope and acceleration sensor.

In terms of cameras, the Galaxy Note 10+ has nearly the same setup – with the exception of a DepthVision Camera (with a VGA or 0.3-megapixels resolution) in addition, placed below the flash module. It features a larger 4,300mAh battery, and supports up to 45W fast charging. It measures 162.3×77.2×7.9mm and weighs 196 grams.

Rant: Don’t Ask Your ‘Friend with a Nice Camera’ to Shoot Your Wedding

3 things Steve Jobs had wrong about the App Store

Forget Spectacles, group messaging is Snapchat’s most important launch in 2016

Nissan Sentra gets a Juke turbo

Twitter, those ‘verified’ bitcoin-pushing pillocks are pissing everyone off

iTunes Lives On, as Windows App Confirmed to Remain Unchanged

What is 5G? Everything you need to know