At an event in New Delhi on Wednesday, Samsung unveiled the Galaxy J7 Pro and Galaxy J7 Max. The all-new J-series smartphones come with Samsung Pay and Samsung Pay Mini respectively, Samsung’s payment solution that has been missing from the range so far. Apart from mobile payment solution, the Samsung Galaxy J7 Max and Samsung Galaxy J7 Pro also promise a premium design, features, specifications that can match flagship phones in some regards.

The new J-series phones sport all-metal unibody design and are sleek. The big displays certainly mean that it won’t be easy to use the phones with just one hand, and we felt it during our limited time with the handsets. The Samsung Galaxy J7 Max and Galaxy J7 Pro measure 8.1mm and 7.8mm respectively. 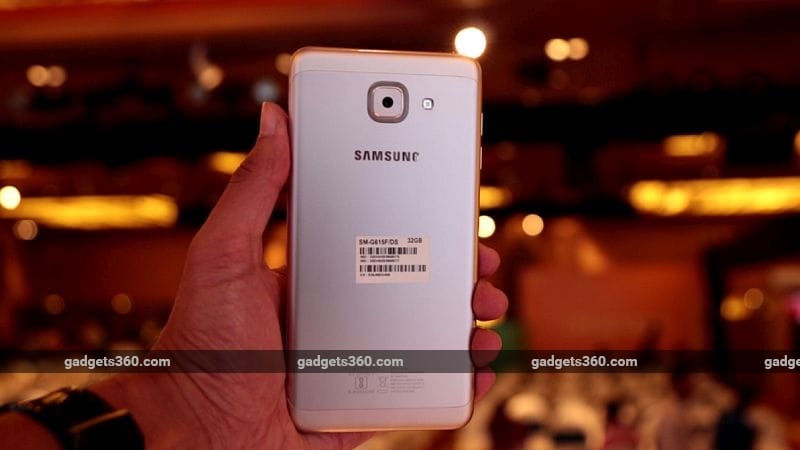 The Galaxy J7 Max also comes with Smart Glow which is a squarish surrounding the rear camera at the back. The Smart Glow around the camera gives you alerts for notifications when they arrive.

For Galaxy J7 Pro, Samsung is promoting the flat back camera. We also liked the new “U” designed antenna bands on the Galaxy J7 Pro that definitely add to the visual appeal of the handset.

The new dual-SIM J-series phones also come with a dedicated slot for microSD card which could turn out to be a good addition at this price.

The Samsung Galaxy J7 Max features a 5.7-inch full-HD display and is powered by a MediaTek Helio P20 octa-core SoC clocked at 1.6GHz paired with 4GB of RAM and 32GB of inbuilt storage. The phone packs a 3300mAh non-removable battery and support 4G with VoLTE (with Cat. 4 download speed support).

The Samsung Galaxy J7 Pro, on the other hand, features a 5.5-inch full-HD Super AMOLED display, and is powered by an Exynos 7870 octa-core SoC clocked at 1.6GHz paired with 3GB of RAM. It offers 64GB of inbuilt storage that can be expanded using a microSD card (up to 128GB). The smartphone packs a 3600mAh battery and is IP54 certified for being splash proof. 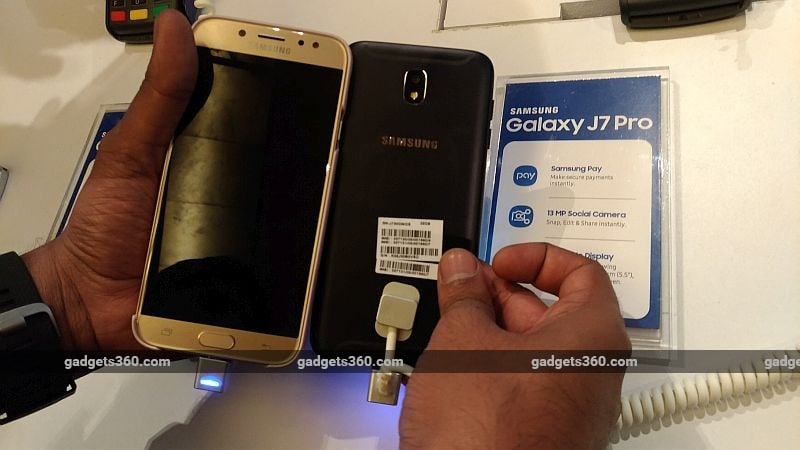 Samsung has integrated a lot of Nougat features in its new UX like swiping up from the bottom opens up app drawer. We also noticed that both the phones came with a slider feature for directly jumping to Samsung Pay feature but there should be a way to turn it off. With Nougat, Samsung has also given its Settings page a revamp which now looks uncluttered. 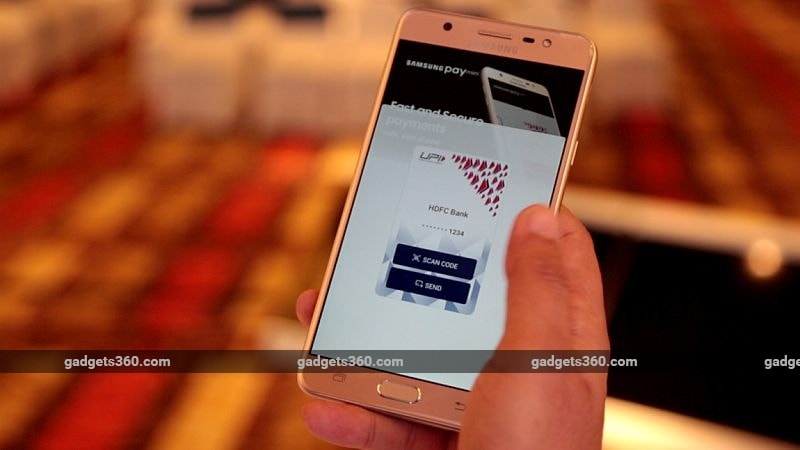 Explaining the new Samsung Pay Mini feature, Walia said that it comes with all the bells and whistles of Samsung Pay minus the “Tap & Pay” capability that is used to make offline payments at PoS terminals, as it’s designed for phones like Samsung Galaxy J7 Max that don’t come with the required hardware for the Pay service.

At the event, the company representatives showed how the Samsung Pay Mini feature worked and it looked neat and was easy to use. We will try the feature once we receive the Galaxy J7 Max.

Samsung Pay, on the other hand, supports both NFC and MST (Magnetic Secure Transmission) that allows payment through smartphone via terminal’s card reader. For new users, the Samsung Pay and Samsung Pay Mini apps come with inbuilt “How to use” videos, which is a good addition.

In the limited time we spent, we noticed that the Galaxy J7 Max and Galaxy J7 Pro ran smoothly and we had no issues switching from one app to another. The smartphones were responsive to touch inputs as well. Stay tuned for our detailed reviews when we put the phones through their paces. 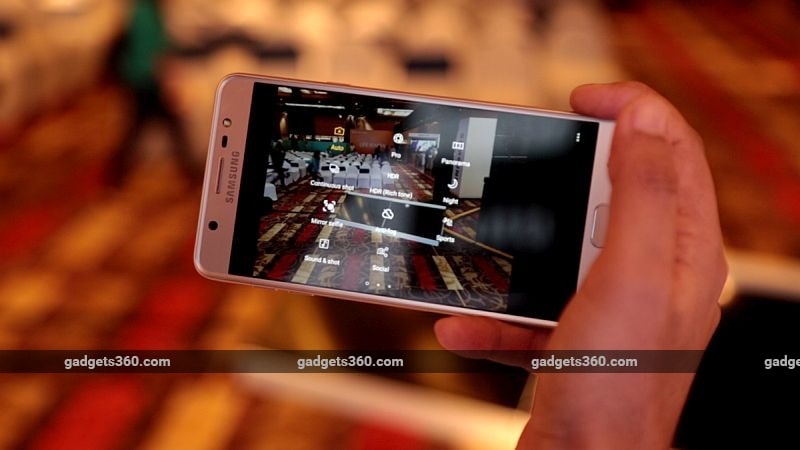 Samsung is also marketing the cameras on the Galaxy J7 Max and Galaxy J7 Pro as the best in the segment. In our short time with the devices, we found that both the devices came with cameras that were quick to launch and clicked sample shots that were crisp. The low-light photos, in particular, seemed to have decent amount of detail. The front-facing 13-megapixel cameras on both the devices with f/1.9 lens were also capable enough and captured photos with good amount of detail. Though, we will reserve our verdict on the cameras until we get a chance to test them under varied conditions.

The Samsung Galaxy J7 Max and Galaxy J7 Pro have been launched in India at Rs. 17,900 and Rs. 20,900 respectively. They will be going on sale via offline channels as well as the company’s online store. At this price point, both the new devices will be competing against popular devices like Xiaomi Mi Max Prime, Moto G5 Plus, and Honor 8 Lite.

iPhone Live Photos: Now Apple opens it up to the web to boost sharing

Why we lie to ourselves, every day

Why Camera Gear Costs What It Costs

Best Android phone 2019: which should you buy?

First Telephoto Lens Used on the Moon Up for Auction, Lunar Dust Included

The Aston Martin badge is forged in fire at 1,472 degrees

Number26 Launches Its Bank Of The Future In 6 New Countries

Quick Tip: You Can Use an Old Phone’s LCD Screen as a Polarizing Filter

Netflix and HBO cleaned up at the Emmys

Save big on cheap games deals: the best PS4, Xbox One, and PC games of 2019 are reduced now

This 16-core laptop outperforms Apple’s MacBook Pro, with up to 24TB SSD storage