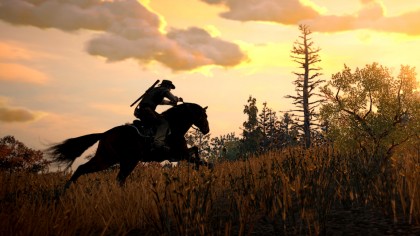 A fresh Red Dead Redemption 2 release date of June 8, 2018  has been leaked by a Dutch retailer, making it later than Rockstar’s teased “Spring 2018” arrival.

Retailer slip-ups can be honest mistakes, as they ready product pages for upcoming games, allowing them to switch the pages live as soon as an announcement is made, with fake information entered into them before the real details are made clear.

While this doesn’t bode particularly well for this leak, it’s the retailer itself – Dutch-based Coolshop – which is of interest as it’s the same place that correctly leaked the official launch date for Grand Theft Auto V.

The listing no longer has the June 8 date on it, with Coolshop changing the expected release date to say just “2018”.

However, if the leaked release date is correct it would mean Rockstar has slipped behind the “Spring 2018” promise it made back in May 2017.

It’s already pushed the game back from a ‘Fall 2017’ launch which was touted in the first trailer, so it’s not out of the question that the game may have been delayed again.

We have contacted Rockstar for clarification on its launch intentions for the game, and Coolshop on the June 8 date it posted. We will update this article once we hear back.

Via NME and Game Informer

Robots add real value when working with humans, not replacing them

Lighting Diagram Sketches That Reveal the Recipes Behind Photos

John Schell: The Importance of Authenticity in Lifestyle Photos

How to fly with your gadgets

The SMOVE stabilizes and charges your phone for steady video shoots

Shadow of the Colossus PS4 Has an Early Release Date Internationally

F1 live stream: how to watch the Hungarian Grand Prix 2019 online from anywhere

Pebble launches version 4.0 designed to maximize your ability to glance and go

These big tech companies pay their interns the most

StarCraft (the original that is) is now completely free

This DNA computer 'grows as it computes'

Super Bowl 2020 live stream: how to watch the game online for free and without commercials