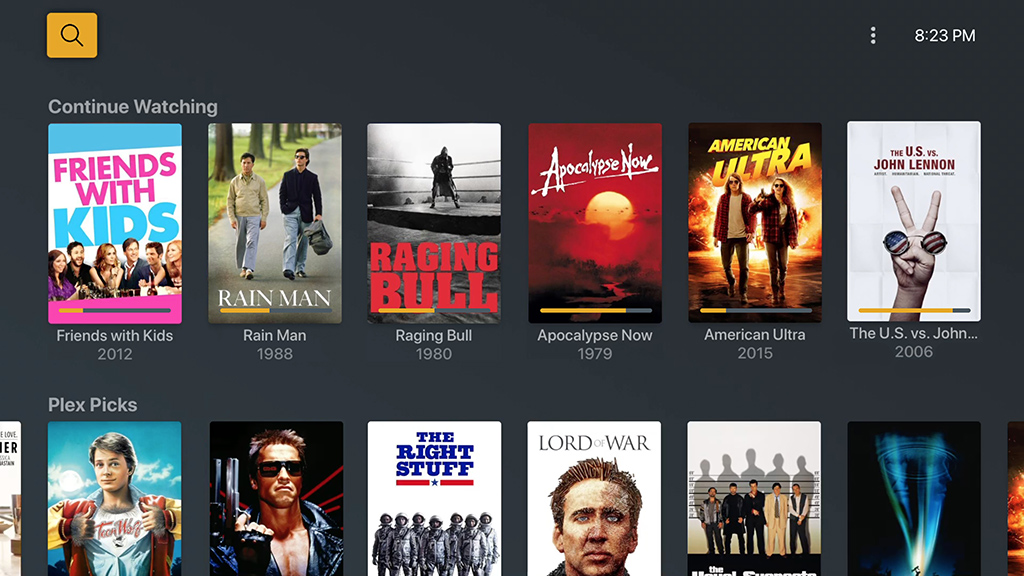 Starting today, the client–server media library platform Plex has taken a huge step into streaming service territory, adding a massive and diverse selection of movies and TV shows to the libraries of every Plex user at no extra cost.

The ad-supported initiative has been rolled out globally, with available titles varying greatly depending on your region. While Plex users in the US now have access to classic films like Raging Bull, Apocalypse Now, The Terminator and Bloodsport, users in other territories may not be so lucky.

Thankfully, the service has announced that it will be adding more free movies over time, promising “Oscar-winning Hollywood movies” and “the latest from India, Russia, China, Japan, Africa, Latin America, Australia, New Zealand, and Europe”, along with “really cool independent movies fresh off the festival circuit”.

To access Plex’s ad-supported content, simply launch the app and click on the new ‘Movies & TV’ tab in the side panel. From here, you’ll get a very Netflix-esque set of genres and sub-categories, from ‘Comedy’ and ‘Drama’ to ‘Awkward With Your Grandma’ and ‘Love Is In The Air’.

As with users’ personal media libraries, Plex’s own offerings aren’t always correctly labeled or matched. In other words, a movie’s title and description (a.k.a. metadata) may not reflect the actual movie that Plex has on file – as an example, we clicked on the 1984 slasher classic Silent Night, Deadly Night only for the 1972 film Silent Night, Bloody Night to start playing in its stead.

If you aren’t an existing Plex user, you need only to sign up for a free account to receive instant access to the service’s free library of movies and TV shows.

DeepMind now has an AI ethics research unit. We have a few questions for it…

Photos of the Madness and Motion of Tokyo’s Shibuya Crossing

This Skier Got Epic ‘Drone’ Shots by Throwing His GoPro

iPhone 8 To Be The First Device Ever Unveiled Inside The Apple Spaceship Campus: Mark Your Calendars

The price of bitcoin is creeping back toward its 3-year high of $1,000

At least 1.5% of online passwords are compromised, Google has found

The fat Dodge Demon brakes harder than a Viper ACR

AI and automation will take jobs – but how and where?

Meet the author of The Lean Startup at Disrupt SF

10 gizmos and gifts to encourage kids to learn to code