Photographing the ‘Great Migration’ in Tanzania 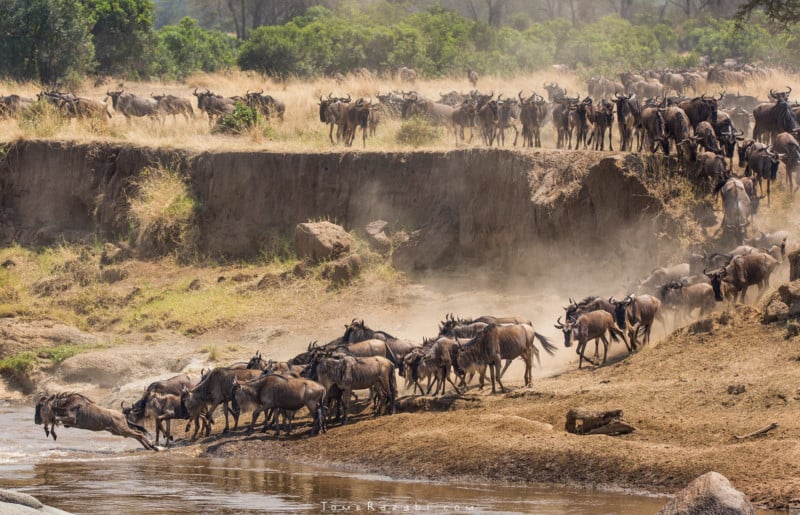 Tanzania is one of the best places in the world to see nature and wildlife as it has been for thousands of years. The 947,303 square kilometer country holds some of the most famous national parks and nature reserves in the world with diverse landscapes and dense population of wildlife like the Serengeti and Ngorongoro crater.

One of the most famous nature phenomenon Tanzania is known for is “The Great Migration,” a huge annual movement of approximately 1.5 million wildebeest, accompanied by several hundreds of thousands of zebras and other antelopes, the largest overland migration in the world with a total of around 2 million animals.

The herds migrate in search of fresh grass on a regular path that occurs in a cycle between Tanzania and Kenya, most of it in Tanzania from October to August and the rest in Kenya. From 2016 to 2017 I’ve had the privilege to travel in Tanzania 4 times and witness 3 climax events of this epic migration cycle and natural wonder.

April is one of the most beautiful months to see Tanzania, in the peak of the rainy season that makes everything come to life – the sky is filled with unbelievable clouds, local short rain storms, the reserves are bursting with new green vegetation and many areas are also exploding with blossoms.

During this time, the herds of the great migration are mostly found around the area of central Serengeti. It is the classic view of the great migration, with huge numbers of wildebeest roaming around the endless plains. As always, the presence of the herds makes many predators in the area become active. If you have patience and some luck, you can see the big cats in extraordinary scenes. 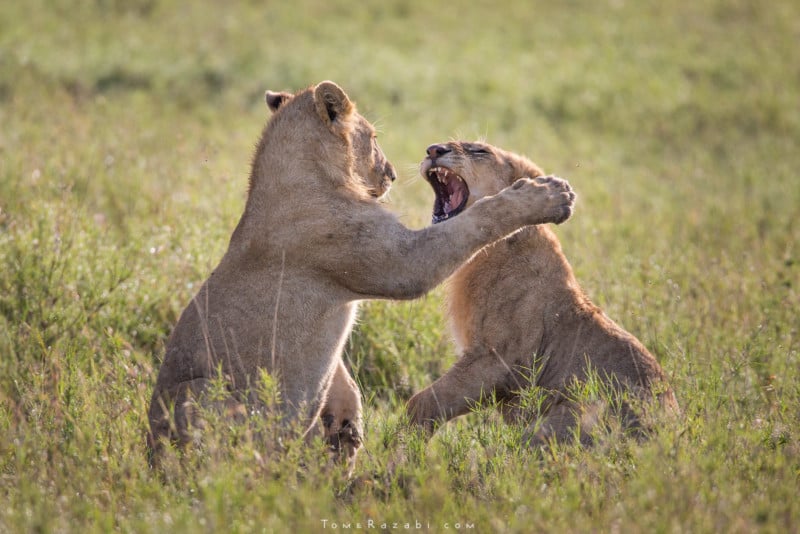 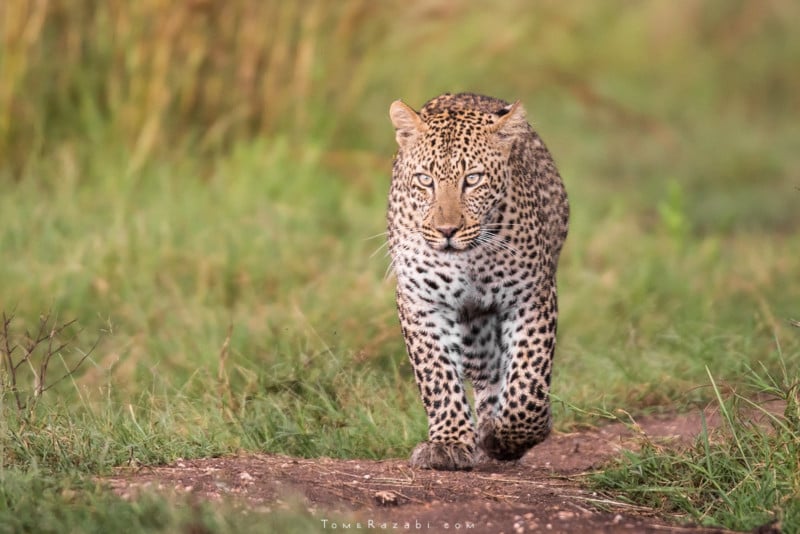 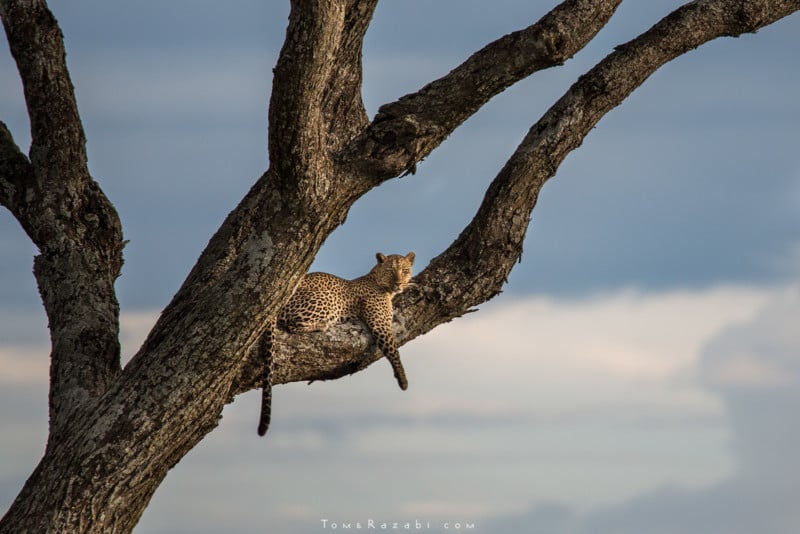 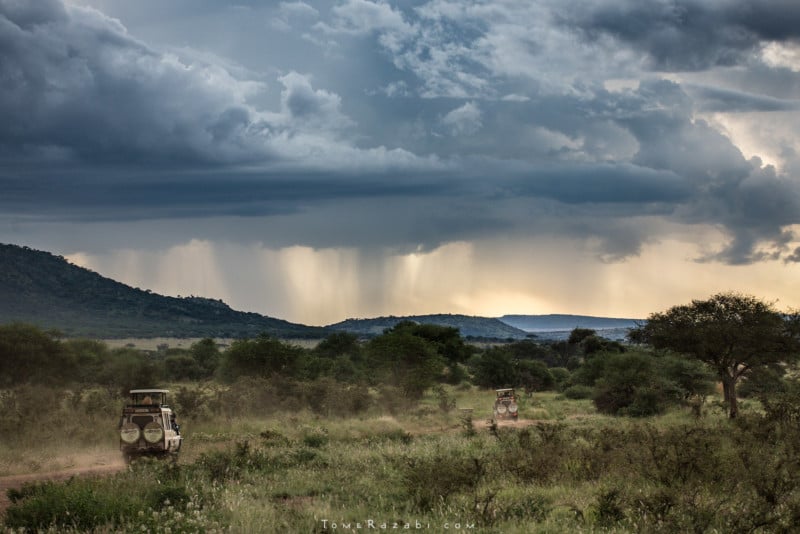 During May the rainy season ends and Tanzania gets drier and drier. The herds continue their search for fresh grass and head north through the western corridor of the Serengeti, crossing the Grumeti river until they arrive The Mara river on the border between northern Tanzania and The Masai Mara in Kenya around August. The Mara river crossing is the next climax in their journey.

If you’ve ever seen the famous scenes in National Geographic of thousands of wildebeest crossing a river followed by huge crocodiles, it is exactly that. The herds usually gather around several points near the river bank and look for a good place to cross. Once the first ones go in, everyone follow.

The crossing itself is loud and sometimes chaotic — it’s each wildebeest for itself. The wildebeest are in great stress, they fight for their survival trying not to drown, get eaten by a crocodile or being trampled by other wildebeest. 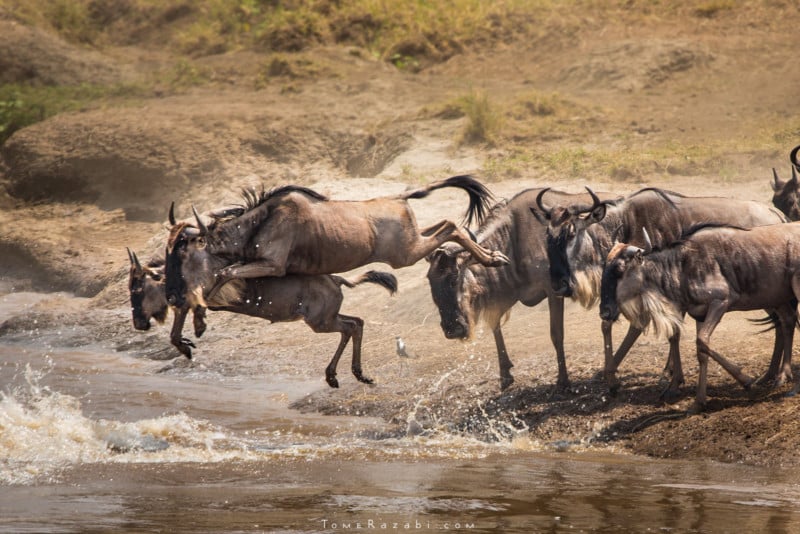 At around October, after spending a couple of months between the Masai Mara and northern Serengeti, the herds start the journey back south into Tanzania towards the south part of the Serengeti. During November and December the short rainy season starts reviving Tanzania again, drawing the wildebeest to fresh new grass that grows after the rains.

Around February, the herds reach the Ndutu area in southern Serengeti for the next climax in their journey: the calving season. During a concentrated period of about 2-3 weeks in February all the pregnant wildebeest give birth, thousands of calves are born each day!

The massive calving event gives the newborn wildebeest protection by numbers as there are so many newborns around, more than the predators can handle. It is still a bonanza for any predator around! The massive calving awakens all the big cats and other predators in the area. Lions with territories near the herds double their hunts and many cheetahs migrate to the area to exploit the arrival of helpless new calves. It is by far the best time of the year to witness that battle of life between predators and prey and see ambush, pursuits and hunts. 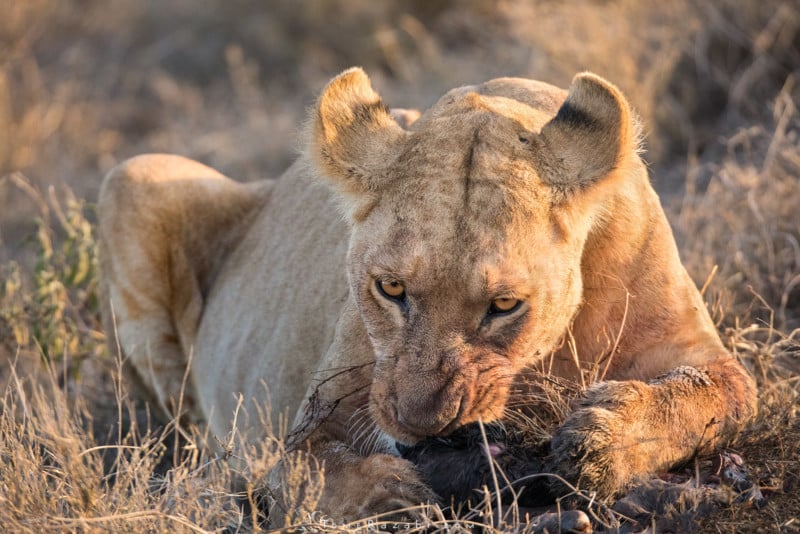 Seeing the story of the great migration in its peak events is truly a privilege, and there’s nothing like going back to see it starting all over again. The circle of life in Tanzania continues for another year in the search of food and survival. 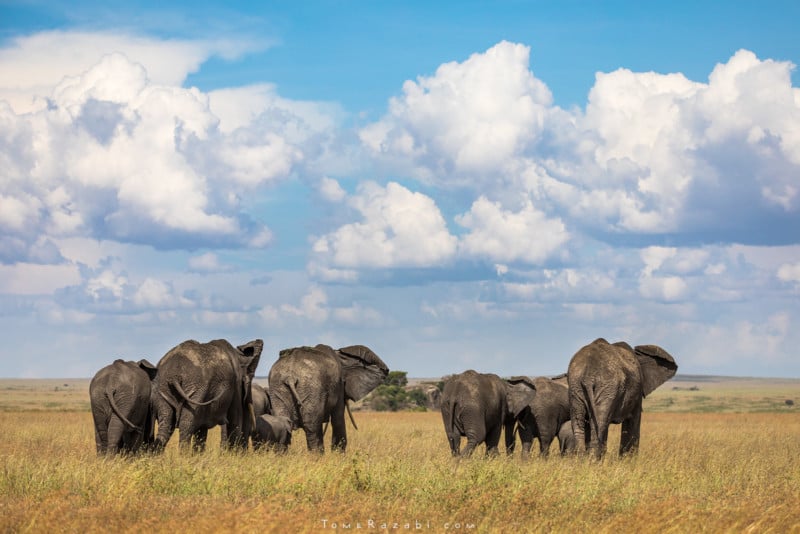 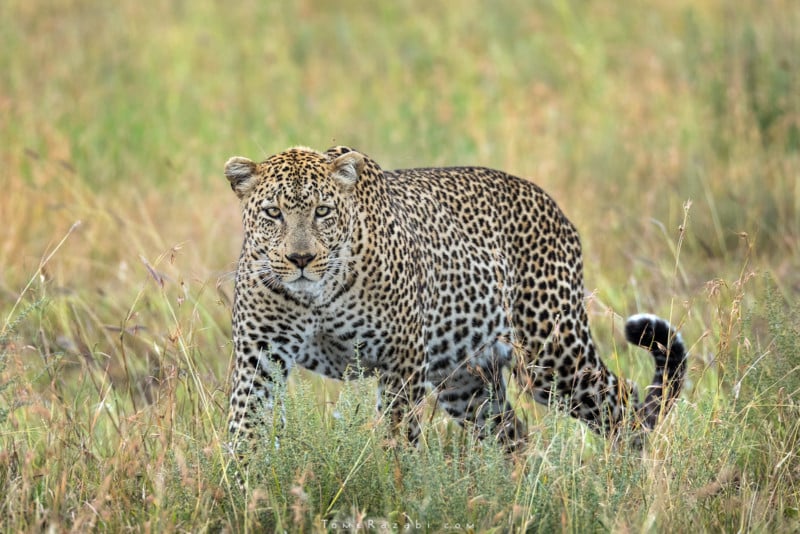 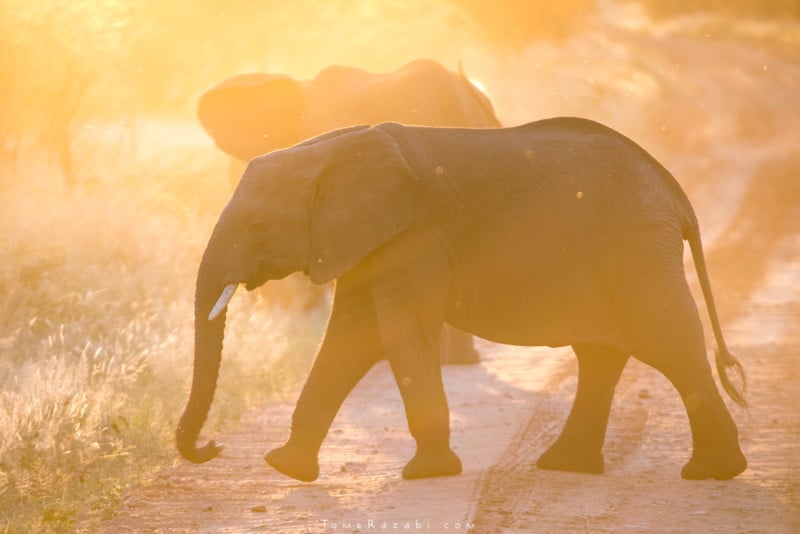 Tanzania is a rare glimpse to nature as it has been for thousands of years, for me it always feels like traveling back in time and seeing the world as it was before people dominated it. The abundance of wildlife and impressive landscapes there is truly mind-blowing and beats any expectation of people who haven’t been there before.

If you haven’t visited Africa yet, it is a must for nature and wildlife lovers and a heaven for photographers. I personally intend to visit there again many more times. Leading nature and photography expeditions around the world grants me the opportunity to show many people the beauty of nature, and to others by the photos I take. I hope it will promote nature tourism and help preserve these treasures our earth must have and will be dull without.

About the author: Tomer Razabi is a passionate freelance landscape and wildlife photographer, and the owner of Wild Travel, and adventure and nature expeditions company. Tomer guides photography expeditions in Israel and around the world. To see more of his work, pay him a visit at his Facebook page, website, and Instagram.

How enterprise VR can empower a remote working world

Why does my iPhone buzz or chime when I plug it in to charge?

Jeep J6 concept is the two-door truck we want, and might get

Apple eyeing touch controls to extend the power of the stylus

Samsung Galaxy Note 9 Buyers to Get Galaxy Watch at Rs. 9,999

Argentina’s startup scene is primed, but not yet firing on all cylinders

​Lost an iPhone? Just Google 'I lost my phone' to begin the search

Aurora’s head of product is coming to TC Sessions: Mobility

Verizon will make a $3B second-round bid for Yahoo’s Internet business, says WSJ

Project Scorpio: everything we know about Microsoft's 4K-ready Xbox

The Fame-Seeking Models Who Pose for IKEA Photo Shoots

Dealer offers special Mustang with Gulf livery, 808 horsepower
Bored at home? Come hang out with TechCrunch at 12:30pm PT on a live call

F1 live stream: how to watch the British Grand Prix 2019 online from anywhere