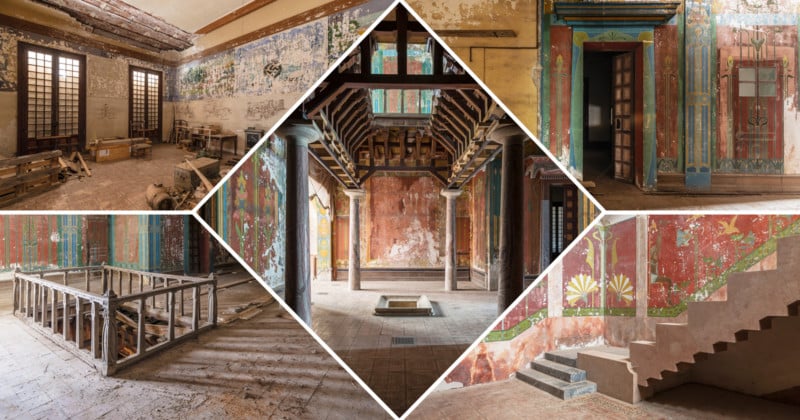 French photographer Romain Veillon recently had the chance to explore a famous old chateau that represented the height of luxury in 1901. Now abandoned, the chateau in Veillon’s images shows how the ravages of time spare no second thought for riches, leaving the place, quite literally, in tatters.

“The story of the castle Laurens is incredible: in so many ways it looks like something out of the imagination of Alexandre Dumas,” Veillon tells PetaPixel. “Born in 1873 in a very wealthy family, Emmanuel Laurens was an avid traveller. While he was wandering all over the world, he inherited a huge fortune from a remote cousin, then his father who dies the same year, at the age of just twenty four years old.”

“He also inherited a site in the city of Agde, and despite his complete ignorance of the job of architect, he decides to draw himself the plans of the future villa he wants to build on his site,” continues Veillon. “He wanted his castle to be a masterpiece, but also a piece of art in ad of itself, where the architecture, the scenery, the furniture and the art of living come together seamlessly.”

The result was the Chateau Laurens: a grand villa in which various rooms were themed according to Emmanuel Laurens’ travels abroad. 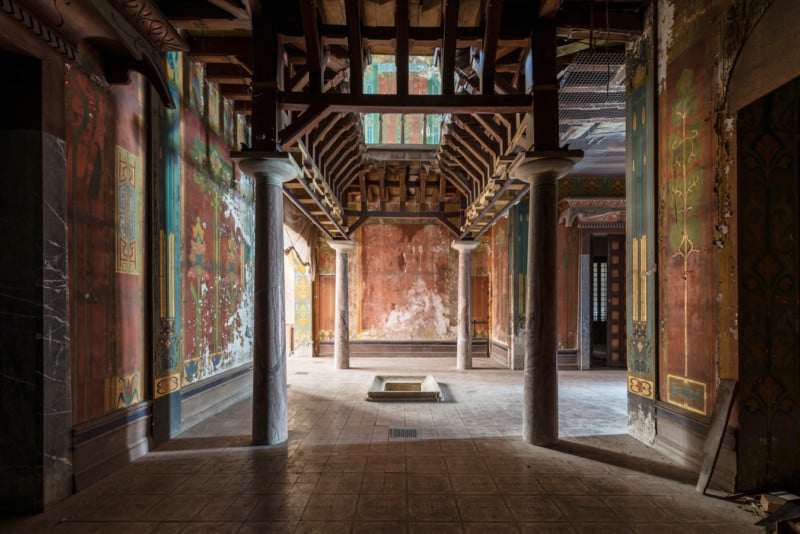 According to Veillon, Laurens lived “the high life” over the next few decades, throwing decadent parties, traveling widely, and otherwise spending all of his money at a prodigious pace. As a result, he was obliged to sell the chateau in 1938 and move into a part of the villa where the servants used to live.

Since then, the property has gone through several incarnations: it was occupied by the Nazis during World War 2, fell into disrepair and decrepitude after its owners death in 1959, and was eventually purchased by the city of Agde in 1994, which has spent the years since planning for a full-scale renovation.

“The public opening is set for the end of 2020,” says Veillon, “so maybe the magnificent villa will reveal to the upcoming visitors some new secrets that are already followed by the villa’s mesmerizing history!”

In the meantime, you can take a peek inside by scrolling through some of the beautiful images that Veillon captured during his time inside: 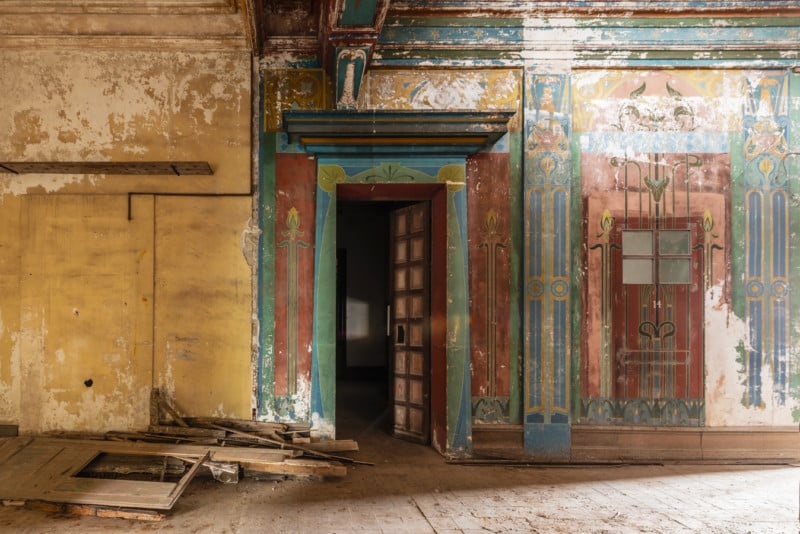 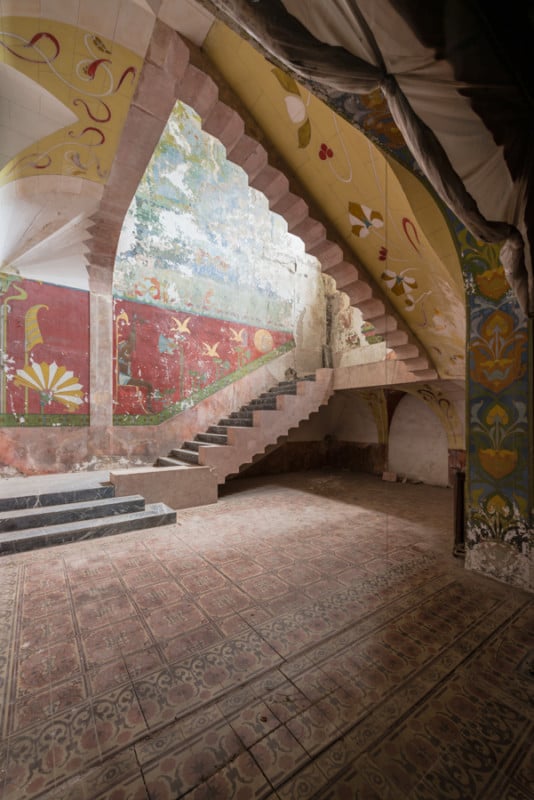 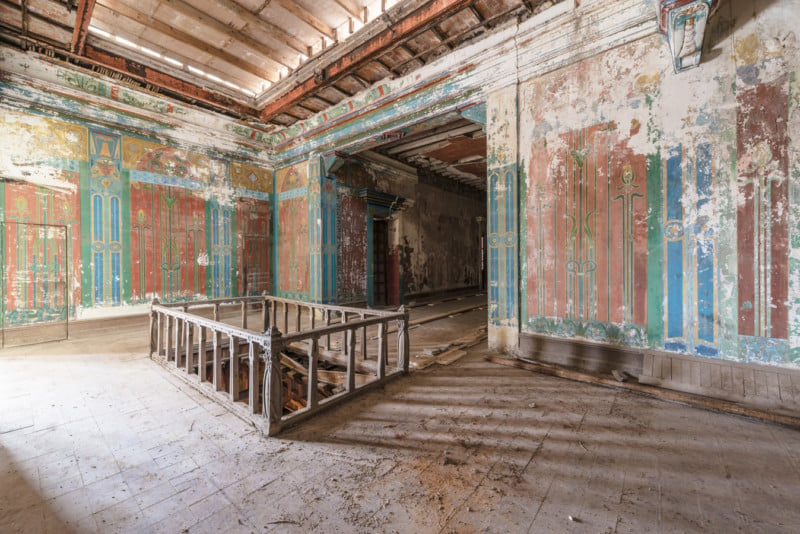 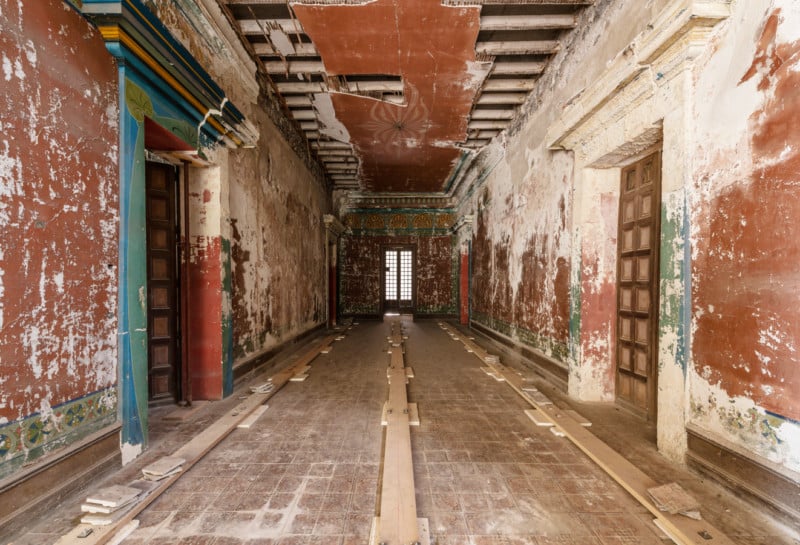 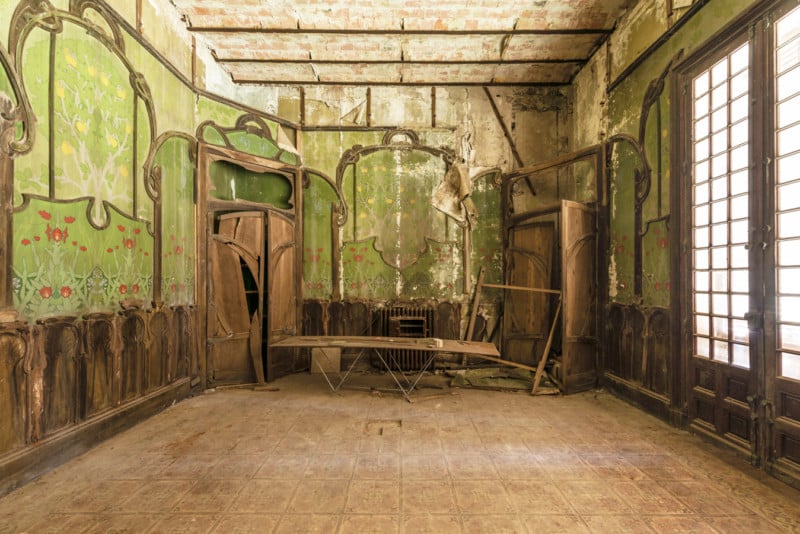 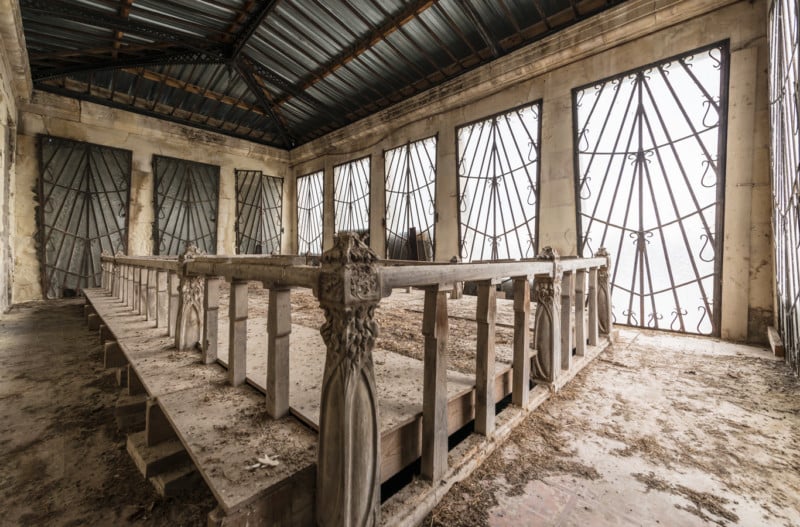 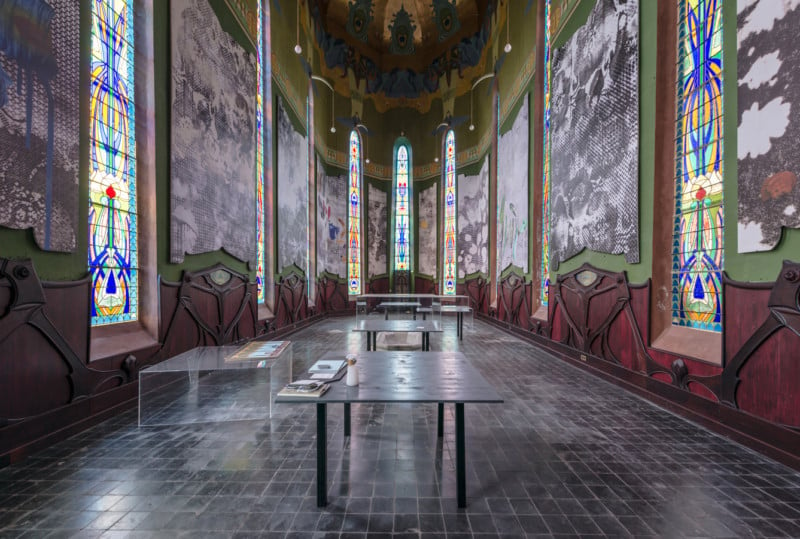 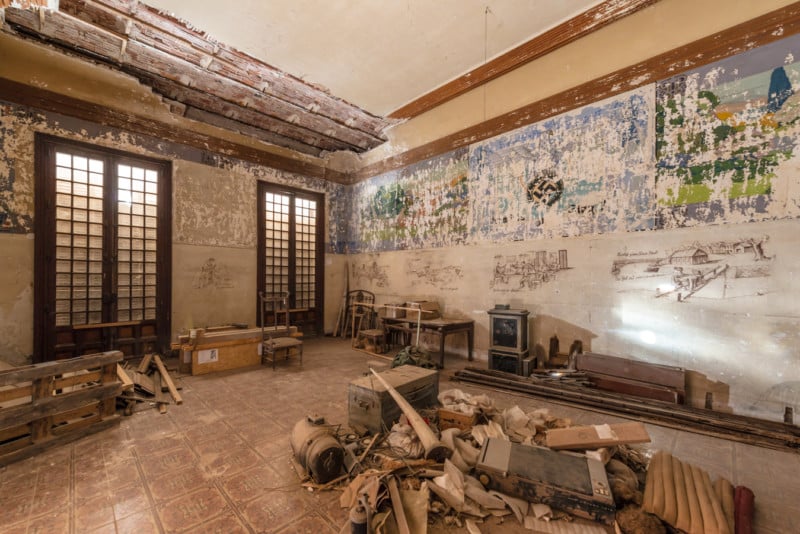 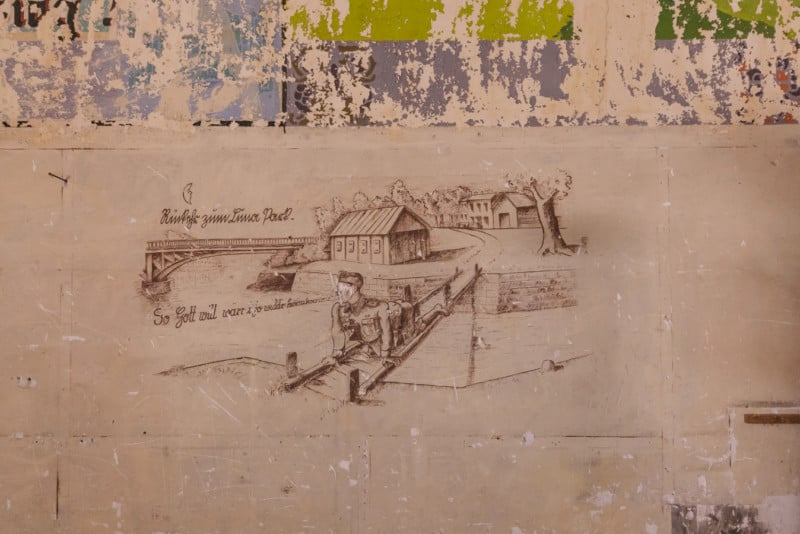 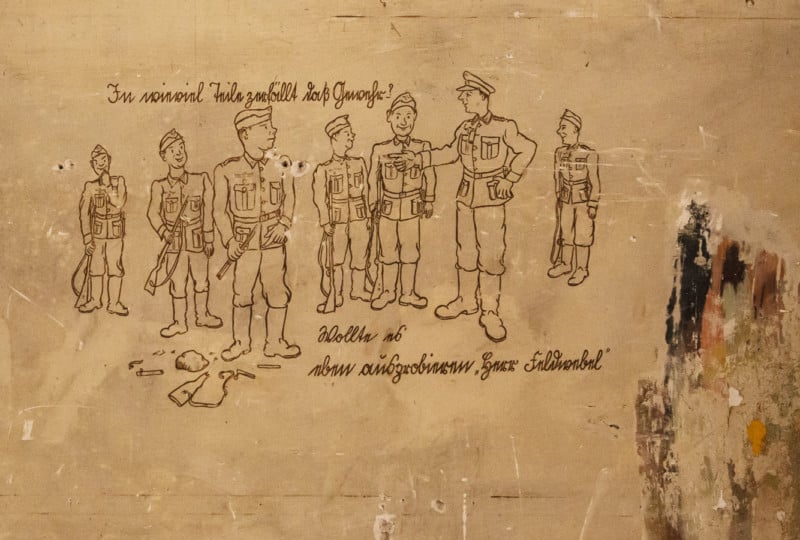 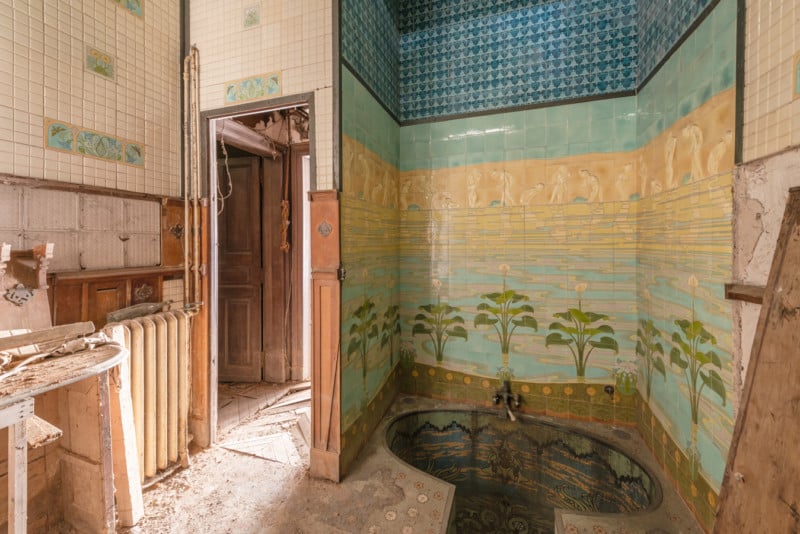 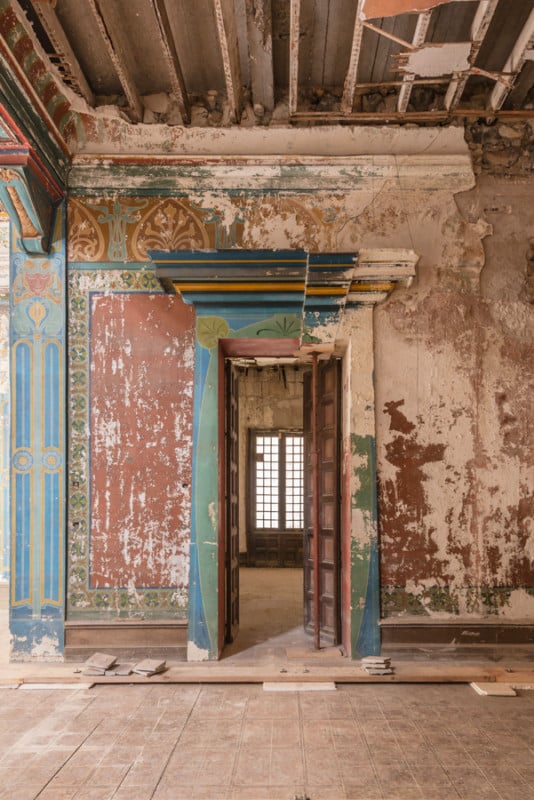 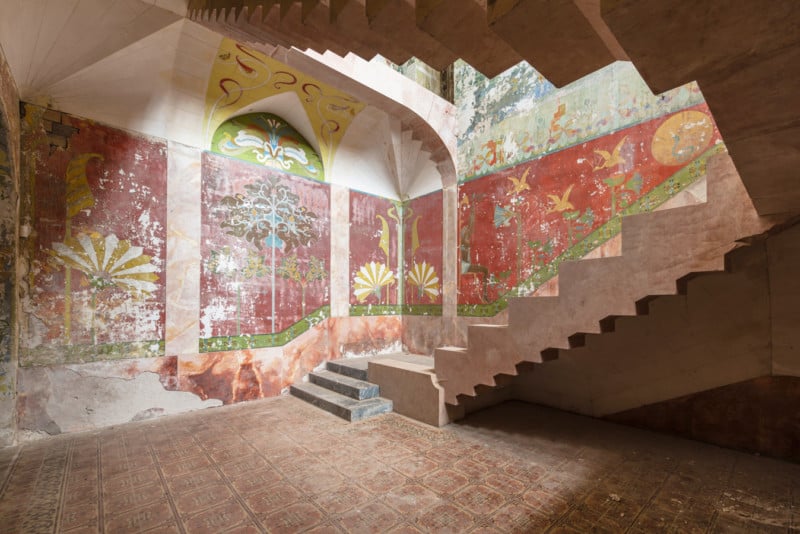 To see more images from inside the castle, or if you want to explore more of Veillon’s work, head over to Romain’s website or give him a follow on Facebook and Instagram. As you probably guessed, he specializes in urban exploration of abandoned sites around the world—castles, factories, hospitals, and churches, among others—so there’s a lot more where this came from.

Image credits: All photos by Romain Veillon and used with permission

Results From This Blind Smartphone Camera Test Will Surprise You

Breaking Down Photography Insights from 2020 to Project Trends for 2021
more news from the blog
The Samsung Galaxy S9 arrives March 16, starting at $720

This is What One Photography Veteran Thinks Makes a Great Image

How Tech Titans Know To Pull The Plug On Projects

iOS sales share slumped the most in China: Kantar

Christmas lights photography: how to capture nighttime displays in all their glory

Vikings vs 49ers live stream: how to watch NFL Divisional Round 2020 playoffs football from anywhere
Rivian electric pickup will debut with three editions, with a cheaper one to follow

AMD processors are coming to a Chromebook near you

Lume Cube’s New Life Lite is a Tiny LED Cube for Lighting on the Go
Nervous? Here, watch Philadelphia count votes on a live stream, that should help

Commercial real estate could be in trouble, even after COVID-19 is over

HTC U11 adds Amazon Alexa support, turning it into a venerable portable Echo

WTF is the dark web?