More than eight months after the release of Pro Evolution Soccer 2017, Konami has brought the game to mobile devices worldwide. Unlike the iterative and standalone strategy devised by EA for FIFA Mobile, which chopped and changed football’s format, PES 2017 Mobile retains the full console experience, right down to the soundtrack and commentary. If you’re wondering (much like us) why we are only getting this now, given we’re barely four months away from the release of PES 2018, that’s thanks to a protracted development and release schedule. The game has been available in various beta phases since December, but is only now getting a full-scale launch, available free on both Android and iOS, with optional in-app purchases.

From the get-go, you can tell that Konami wanted to hew as close to its console cousin in how the game looks and plays. Of course, mobiles still can’t compete with consoles in terms of power, but PES 2017 Mobile can definitely pass for an older PES console entry at first glance. More importantly, it works smoothly always, without taxing your phone to the point where it starts to heat up. And since the aim is to provide the full PES 2017 experience, the mobile version comes in at a hefty 1.5GB download. Match commentary isn’t included in that, which is a good thing since it’s available in half a dozen different languages. Instead, it waits for you to select your preference, and then downloads the (around 250MB) pack in-game.

As with any mobile title, PES 2017 Mobile starts you off with a tutorial, teaching you the basic controls for dribble, pass, shoot, and pressure. There are other advanced tutorials as well, for lob pass, through ball, slide tackle, and more, but in the interest of getting you into the action quicker, they aren’t shown at the start. Konami has come up with a new control scheme to suit the mobile play-style, which involves swiping on the screen in different ways. You can switch to the classic on-screen buttons if you prefer, but we found ourselves warming to the new controls quickly. 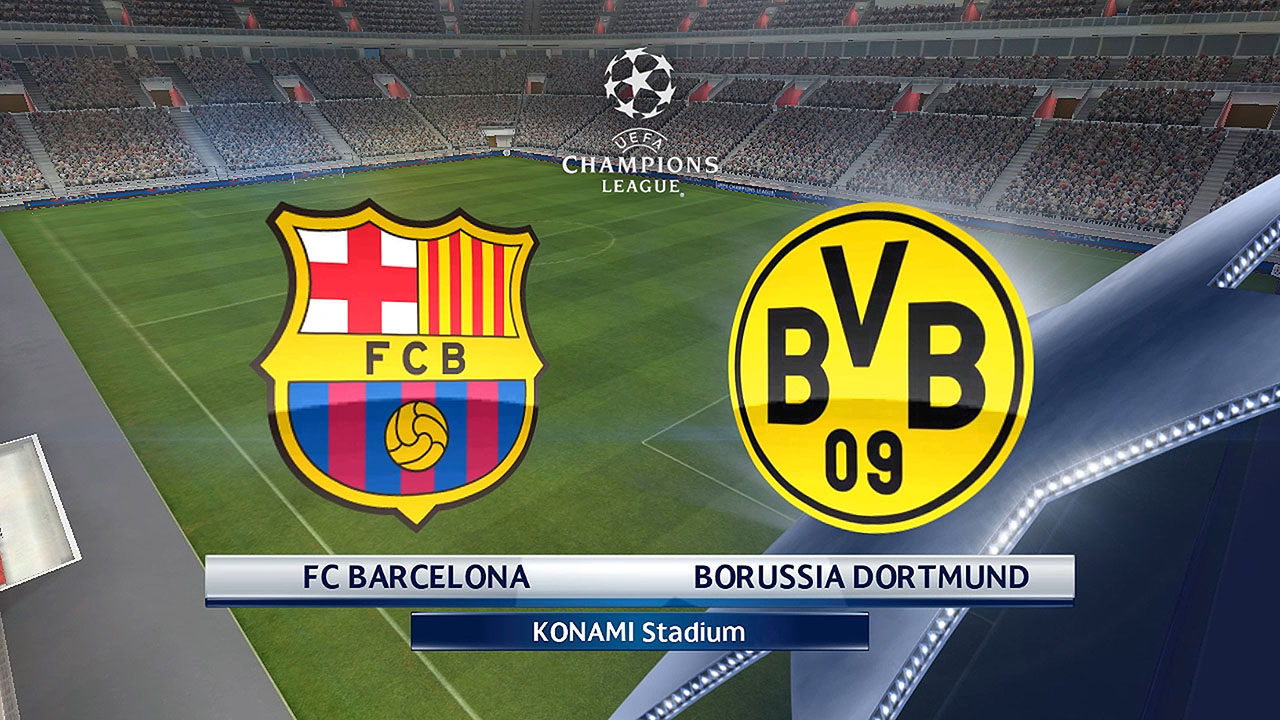 Once you get the hang of the basic controls, the game lets you pick your favourite team, with the same number of licenses as the console version. You’re thrown into an exhibition match right after, against the likes of FC Barcelona, and Borussia Dortmund. We won the game very easily (8-0, to be precise), and figured there would be a difficulty option to choose from later. But to our dismay, PES 2017 Mobile doesn’t have one.

Instead, difficulty ramps up as you progress through the game’s Campaign mode. Think of it as FIFA’s Seasons, except you play against computer-controlled teams instead of other users. Each campaign season is 10 games long, and you need a certain amount of points to qualify for the next one. There’s a simulation version of Campaign, where all 22 players are AI-controlled, and you only handle the management.

It could be beneficial for rookies, as they could learn something from the way the AI plays. You can also take part in local and online games, where you match up with others in real-time. We didn’t face any troubles with matchmaking (on Wi-Fi and cellular data), though it’s possible games will drop if your connection in unstable.

The last remaining, and most prominently displayed, game mode is called Events, which are challenges available for a limited time, some for a week, and others daily. Konami will also have challenges set around real-world happenings, such as the upcoming UEFA Champions League final. The more events you play, the tougher challenges you can unlock. Konami allows you to repeat these challenges, with the first attempt netting you some myClub Coins and GP, with future plays only providing more GP. More on those two later. 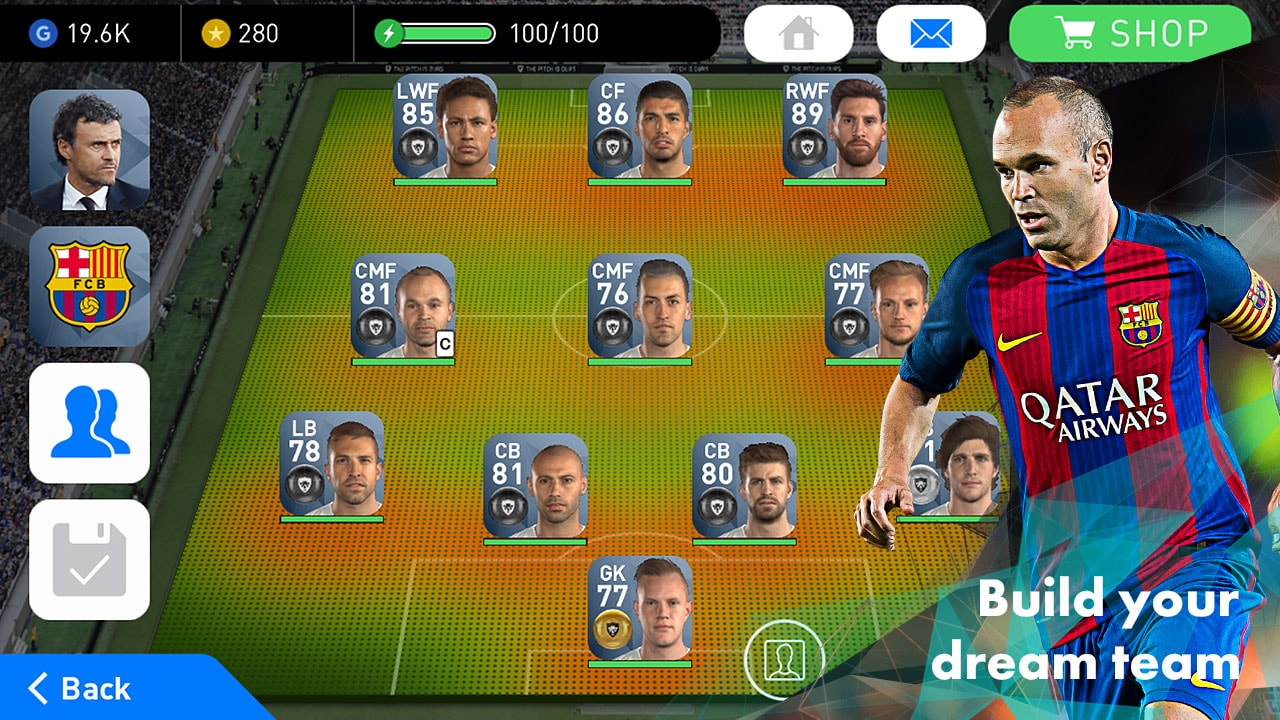 Stripped down
Although it’s called “PES 2017”, for all intents and purposes, the game’s mobile version essentially retains one of the (money-making) aspects: myClub, which is Konami’s answer to FIFA Ultimate Team. After you’ve had the luxury of playing with a top team in the opening exhibition, you’re given a poor lot of players (usually in mid-60s, rating-wise) whom you must improve and win games with to better your squad. As you continue to play, you’ll build up two values that matter: GP, and myClub Coins. Both can be used to sign new players, buy agents, renew contracts, and so forth.

While GP is earned only via playing, myClub Coins can be earned through achievements upon completing a specific task, or bought with actual money (i.e. in-app purchases) from an in-game shop, starting from Rs. 80, and going up to Rs. 7,900. Since it’s a free-to-play title, it’s obviously much quicker to collect more coins by paying. If you’re willing to pay up, you can even buy a “Special Agent” with myClub Coins, which will help you sign “special players”, and get on the road to glory easier than everyone else.

Plus, signing a new player is restricted to a lucky draw of sorts, where a carousel of white, silver, golden, and black balls scroll across the screen at a high speed, with a selection circle in the middle. Depending on when you touch the screen, it’ll slow down and come to rest at one of the colours, and get you that level of player. White is the lowest, with black being the highest. You can get new players from agents or scouts – the former costs 10,000GP after the first time, and the latter are earned through playing. 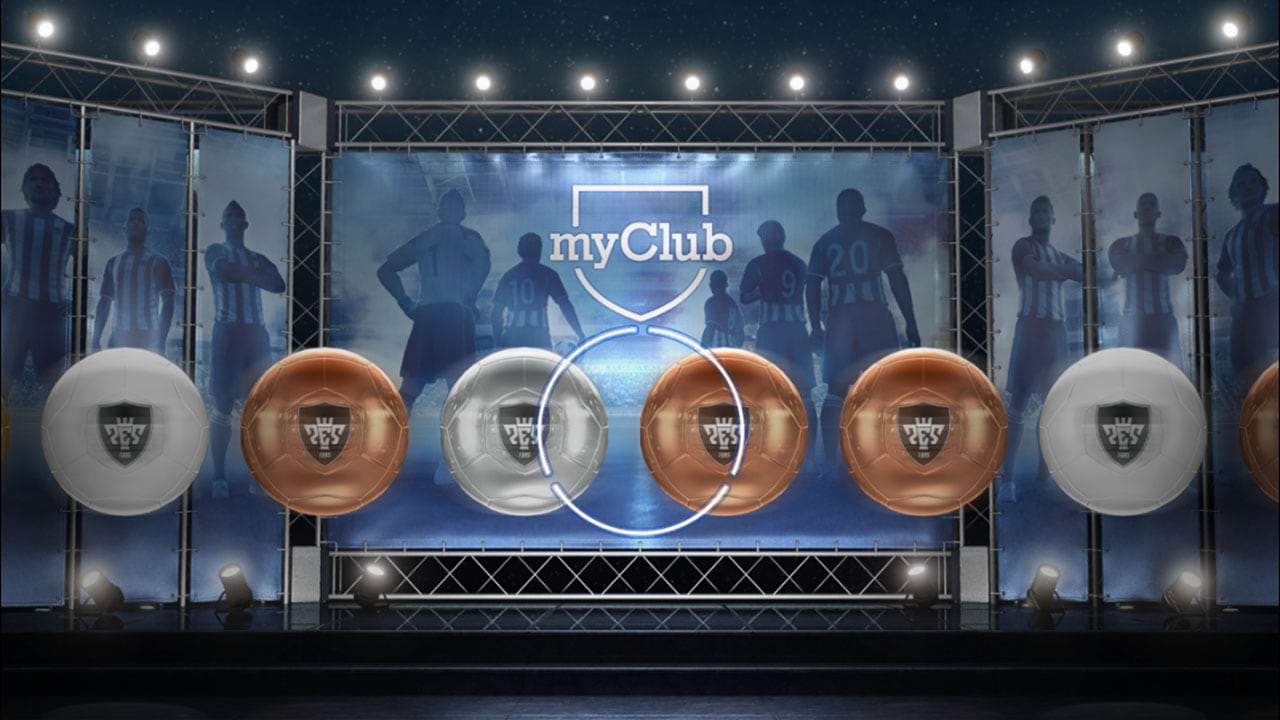 There’s even a limit on how many matches you can fit in back-to-back, which comes by way of an Energy Bar (100 when full) that depletes by 20 with every game you play. It takes 15 minutes for it to recharge by one – excruciatingly slow, intentionally – which is supposed to incentivise spending on energy recharges (read: myClub Coins) in the shop section.

The bigger disappointment, in the light of the focus on myClub in PES 2017 Mobile, is that it takes away the option to play exhibition matches using real-world clubs by yourself or with your friends. The charm of mobile gaming, after all, is that you can play any time, and enjoy it without needing a specialised machine. We wish that Konami had allowed for impromptu Champions League games between the biggest European clubs, though it’s understandable why it would hesitate to, given the free-to-play nature of the game.

Verdict
Even though PES 2017 Mobile will be too easy (and in turn, boring) for players with any sort of experience, it’s still commendable that Konami could provide the same game engine – albeit an optimised one – used in the original console version, which provides for fast, attack-heavy arcade play, something PES has come to fully embrace, while EA Sports’ FIFA has gone the opposite route. Compared to FIFA Mobile, it’s in a league of its own, albeit with some constraints and frustrations inherent of free-to-play titles.

If you’re looking for football action on the go, you could do a lot worse.

We played PES 2017 Mobile on an iPhone 6 Plus. The game is free-to-play with in-app purchases on Android, and iOS.

Meet the Pixii: a connected digital rangefinder with a Leica mount

There's a massive Black Friday scramble for PS4 bundles under £199

Volvo will use Nvidia AI chip in next-gen SPA2 platform

Taking Pictures Without a Camera: The World of Scanner Photography

This AI can figure out when you'll die

You Might Want To Skip iOS 11.0.1 After Reading These User Problems

Android's big problem: Over a billion devices are more than 2 years out of date

Future Jaguars and Land Rovers might be powered by BMW engines, again