Oculus Rift Touch controllers are about to get 53 times better 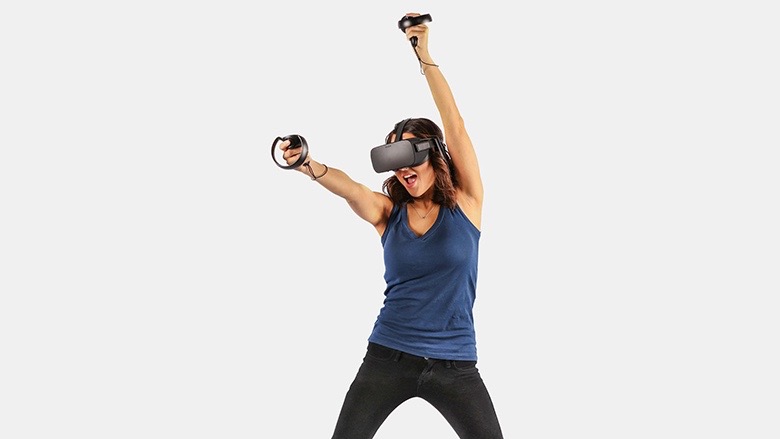 The anticipation has been building for the Oculus Rift Touch controllers, the final piece of the hardware puzzle for the Facebook-owned firm and the answer to the HTC Vive.

And while we can admit that we were excited without knowing how many games would be in the full Oculus Touch controller launch line-up, we can now confirm that latest tally has pushed our excitement over the edge.

Oculus announced today that it will release 53 Touch-compatible games on its storefront on Tuesday, December 6 – the day that the Touch controllers become available for purchase.

The games will be a mix of completely new titles, games that were already out on Oculus but now have Touch support and games ported over from the HTC Vive and PlayStation VR.

We’ll include the full list further down on the page, but first here’s a trailer teasing a vast majority of the Touch’s launch games:

Here’s a list of every Touch-compatible game we know about, followed by its developer:

Oculus says that you’ll get two of these games free with the pre-order of the Touch Controllers – The Unspoken and VR Sports Challenge – while Toybox will be free for everyone who purchases the controllers regardless of whether they pre-order them or not.

We’ll have more on these games – as well as the controllers themselves – as we approach the Touch’s December 6 release date.

As technology lends you its ear, these technologies will determine what it hears

The 5-year bootstrapped odyssey of Sno-Go, a snow bike for the everyday ski mountain visitor

Google’s Black Friday Deals:Home Mini Down To $29 And Other Deals You Shouldn’t Miss

Welcome to 2017, where Alexa even made its way into a fridge

Samsung follows Apple with its own AR glasses patent

Microsoft Kinect lives on as a new sensor package for Azure

Audi's Q3 is hitting its stride

Microsoft Surface Laptop 3: what we want to see

Debra Lee, Chairman and CEO of BET, joins Twitter’s board

How to make debt pay