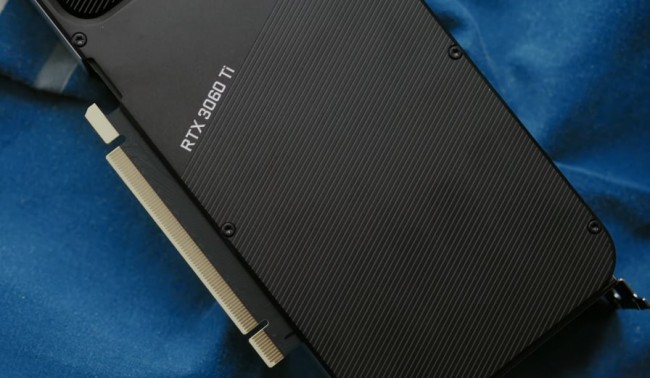 The new computer GPUs that have launched through the past few months have done so at a furious pace within the $500-and-up price range. Just this week, another new 2020 GPU makes it to the market commanding a lower price. The Nvidia RTX 3060 Ti which is said to be priced at $399 and is going to launch on December 2.

This year, once again, Nvidia is now leaving people way in the dark about how much stock can be expected to reach the stores. According to the story from ArsTechnica, the company had manufactured at least one of them, at any rate. The usual gamut of the shown benchmarks shows that the performance is actually on par with the previous RTX 2080 Super last year costing about half of the price

Just like the other RTX GPUs, Nvidia’s new RTX 3060 Ti now features proprietary processing cores or the Tensor cores as well as the RT cores. In order to get the $399 price, the RTX 3060 Ti actually drops its specs compared to the other high-ranked models, especially CUDA cores.

As of the moment, AMD is coming aggressively not just with Ryzen processors directly competing with Intel but also with their Radeon competing with Nvidia. Although Nvidia came out with the GeForce RTX 3090 which was supposedly the most powerful GPUs of 2020, the price was quite problematic for some gamers and aside from that, the availability of stock was another problem.

Despite the huge price, the GPU was reportedly hard to source out due to the lack of stock. The AMD RX 6800 that was reportedly better than the RTX 3090 but had the same problem with supply. This means that whichever way gamers choose to go, the problematic availability will be a problem shared on both fronts.

AMD has reportedly been competing not just with performance but also with price. An article by Tom’s Hardware shows how the company does what it does and competes with other companies like Nvidia in the GPU market with little to no other competition. However, things might have changed with the new RX 6800. When it comes to stock competition, both companies are currently problematic as the demand is high but the supply is still really low.

Elon Musk said it was ‘Not a Flamethrower’

Our solar system's violent past

What to watch on Netflix Australia: this week’s best new shows and movies

13 great board games to play with family and friends

Google Go App: How Is It Different From the 'Main' Google App?

Microsoft’s Xbox Game Pass launches to all Xbox One owners

I-Pace has everybody buzzing

Star Wars Battlefront 2 microtransactions have been pulled – for now

How blockchain can change the music industry

Instagram ‘Regram’ Test Lets Others Use Your Photos in Their Stories

Nintendo trademark points to existence of the N64 Classic

Amazon Ring cameras could be easy prey for hackers