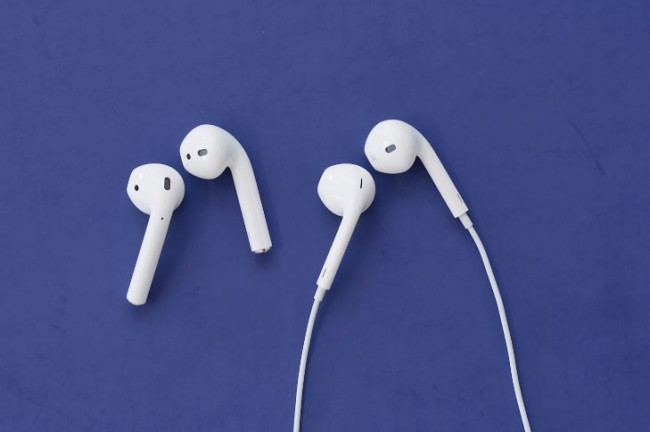 Apple AirPods have become one of the most highly sought after wireless earbuds 2020 and it seems like Apple is not yet done.A new Apple patent suggests a never-been-done approach to controlling the AirPods making it even easier for users to navigate without having to use their fingers anymore.

According to an article by MacWorld,  Apple is working on a brand new technology to help enable in-ear headphones to easily controll the use of certain facial expressions. The project revealed that a new patent application has recently been filed by Apple with the official US Patent Office.

Apple’s brand new approach is better detailed in the official patent application that actually describes a certain point of light that will be projected by the headphones towards a very specific point of the user’s head.

With the help of the “interferometry” sensors, Apple headphones will now be able to recognize as well as interpret certain movements done in the user’s face. This will include certain changes in the users’ facial expression as well as an amazing silent mouthed speech.

The use of these sensors will not only allow the device to track the movements made by the facial muscles, but it could also sense the vibrations made in the skin. This will include, for example, when the user is either speaking loudly or maybe even mute. In theory, this could mean that users will be able to use the Siri voice assistant and give it commands even without having to say anything out loud.

Are AirPods safe to use?

Aside from just entering commands, the new technology could potentially be used in order for the AirPods to identify the user through bio-identification. This could be used in order to build another level of security as well as to prevent the unauthorized use of either the device or certain things inside the device.

Of course, this is still a patent application which could mean that it is still unclear as to when this particular feature will be rolled out to the public. As of the moment, it still seems quite far away from being able to make the feature available for the next line of AirPods, which are coming in fast and are expected by users as early as spring of next year, 2021.

Read Also: How to Switch Your AirPods Back to Your iPhone and Stop It from Connecting Automatically to Other Devices

There have actually been rumors circulating back during summer that suggested that the known AirPods Studio could possibly have a certain gesture support. Although this might be a really neat feature, it is still worth noting that not every patent application, even from Apple will be able to make it to the market.

Related Article: Do Your AirPods Have Poor Battery Life? A New Update From Apple Could Help Save it

Apple M1 Macs Would Have a VLC Media Player Update with Full Support—Here's How to Download!

Apple's Tim Cook Clarifies Parler Could Return on One Condition: 'We've Only Suspended Them'
more news from the blog

This Graphic Novel is About the Crime Photographer Weegee

Red Sox may have used a Fitbit, not an Apple Watch, to snag Yankees signs

Oppo Reno3 Pro 5G to be powered by the Snapdragon 765G

Amazon may one-up Google with its own grocery stores

Clans could be coming to PUBG on PC

The 10 Auto Brands That Bounced Back Fastest After the Last American Auto Sales Collapse, and the Seven That Didn’t

What makes a good dark mode, and which apps get it wrong