Photos of the mystery three-row Buick crossover SUV spied in prototype form back in July have surfaced on Chinese media.

Chinese website Autohome was the first to post the photos along with the revelation that the vehicle will be badged an Enclave in China.

It’s a smaller offering than the Enclave sold in the United States, which currently isn’t available in China. It isn’t clear if this mini-Enclave will be sold in the U.S. under a different name, though there are rumors we may see it badged an Envoy. It would essentially fill the gap between the Envision and full-size Enclave. 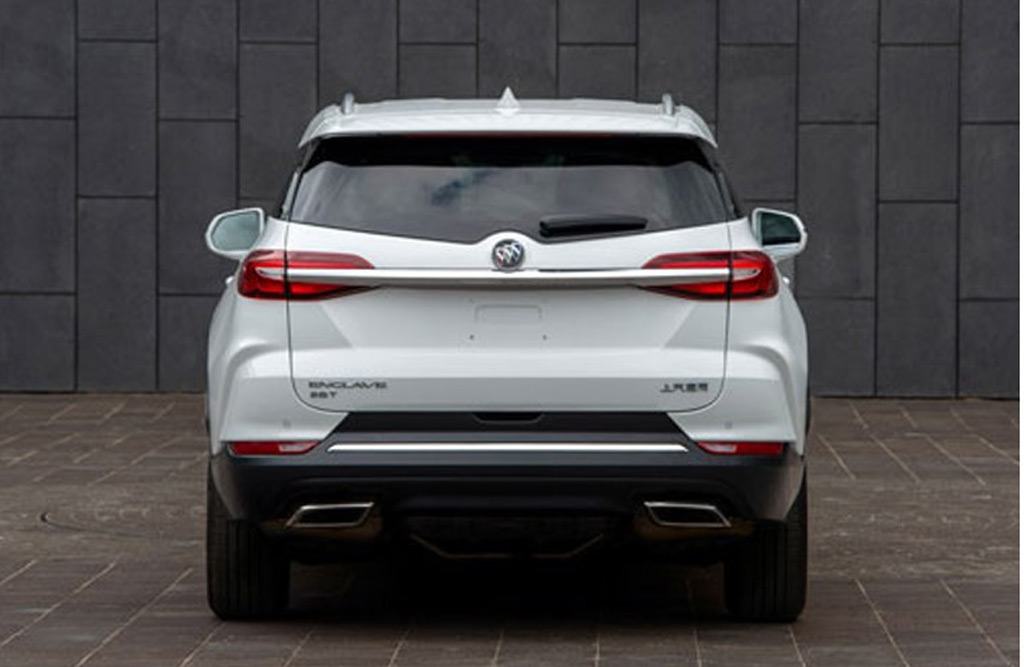 No additional details on the Chinese-market Enclave have been revealed, though it’s thought the vehicle rides on the on the mid-length version of General Motors’ C1XX platform found in the GMC Acadia and Cadillac XT6. GM Authority reported Friday that the wheelbase is 112.7 inches and overall length about 196.1 inches, which would make the Chinese-market Enclave 8.2 inches shorter than the U.S.-spec version.

The standard powertrain is a 2.0-liter turbocharged inline-4 delivering about 230 horsepower. All-wheel drive is featured, though possibly as an option.

An official reveal for the Chinese market is scheduled for late this year so we should have more details then. Stay tuned.

Lucid preparing to beat Tesla at its own game: efficiency

Carbon fiber-bodied SpeedKore Dodge Demon is for sale at $170,000

Google opens up registration for its first-ever indie games festival

Will Oculus be for news in VR what Facebook is for news on the web?

Samsung A80 vs Galaxy A70: Comparing the Latest Samsung Smartphones

E3 2017 Nintendo Announcements: What We Know So Far

How to Use a Phone Screen for Magical Portraits

Samsung Is Recalling 2.8 Million Washing Machines in the US

Getting an NES Classic Edition today may be tough

Tesco is selling PlayStation VR headsets £50 cheaper than anywhere else