Luxembourg to get €100M investment from Chinese payments startup Pingpong 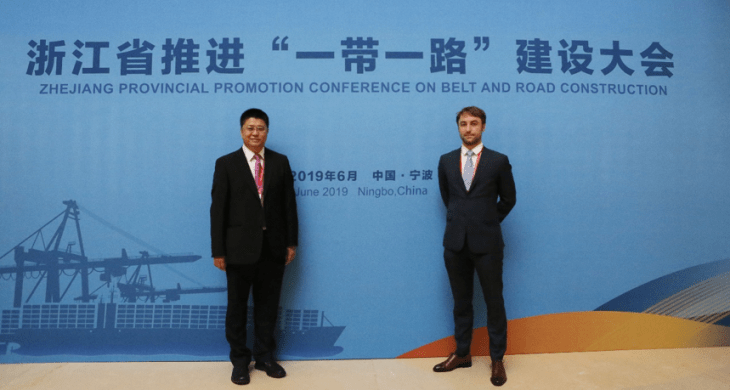 For financial services firms looking to enter Europe, Luxembourg has historically been a popular anchoring point because of its political and economic stability, as well as a favorable regulatory environment. Another bucketload of capital is coming to the country after Chinese fintech startup Pingpong announced it will invest more than €100 million ($113 million) in Luxembourg in the coming years.

Founded in 2014, Pingpong has been celebrated by its home city Hangzhou — also Alibaba’s backyard — as a pioneer in the country’s booming cross-border e-commerce sector. Backed by a fintech fund under CICC, a top investment bank in China, the startup collects payments for Chinese exporters selling through Amazon, Wish, Shopee, Newegg and some other 14 e-commerce platforms around the world, which means clearing local regulatory hurdles is key to its business.

Its European ambition does not stop with Luxembourg. Luo Yonglong, a partner at Pingpong, said at a Saturday event that within three years, the company’s accumulative investment on the continent will exceed 50 billion yuan (€6.39 billion or $7.21 billion).

Pingpong unveiled the proposed infusion at the weekend event centered around the Chinese government’s Belt and Road Initiative, of which Luxembourg is a member. The financial injection provides clues to the role that private businesses play to help China link up more countries to BRI. It also seems like a timely boost to the alliance between the two countries, arriving just three months after Luxembourg agreed to join China’s ambitious global infrastructure program, and at a time when China’s trade tensions with the U.S. run high.

Pingpong’s tie-up with Luxembourg dates further back to 2017 when it secured a payments license in the putative financial gateway of Europe, thus giving it access to facilitate payment transactions between Chinese merchants and consumers throughout the continent.

“We are actively following the country’s Belt and Road Initiative to empower Chinese businesses through innovation in the cross-border ecosystem,” said Luo in a statement. “This will help companies complete their digital transformation and be more competitive abroad.”

With the mammoth funding also comes continued collaboration between Luxembourg and Pingpong on various fronts, including Chinese exports to the European Union and Pingpong’s local payments and virtual banking projects. The company also said it will work to secure an institution license for digital currency under the purview of the EU and will set out to put up a digital payments bank.

Apple’s next iPhone could have a 25% larger battery, according to noted analyst

AI will save us from yanny/laurel, right? Wrong

Watch Ultrahaptics use ultrasound to let you feel imaginary objects

There's already a mid-engine Corvette, and it's up for sale

Something Wicked This Way Dies: Lexus GS Lined Up for Execution, Gasps Out a Final Special Edition

How long until we bring woolly mammoths back from extinction?

Google Photos’ Object Removal is MIA Because It Got Deprioritized

Expanding beyond low code into automation: A Q&A with Appian

Gnarbox 2.0 backup SSD is a photographer’s best friend in the field and at home

Black Friday may be over, but the deals definitely aren't
Sonos acquires voice assistant startup Snips, potentially to build out on-device voice control