New updates on Lord of the Rings Online are here. The patch notes are now out, and it provides a lot of changes into the classes and recipes and brings a new raid.

Read Also: CASTLEVANIA GAME AND SERIES NOW HERE! Castlevania Symphony of the Night Android and iOS Comes Along with Castlevania Season 3 on Netflix 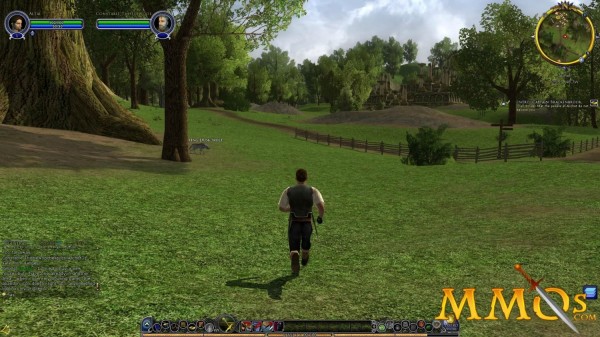 Read Also: Here’s What Happening on Xbox Game Pass for PC and Console This Month

In this new update, skill cooldowns for Stun removal have been reduced to 60 seconds on some classes. Trait and item effects that come with these cooldowns for the affected skills were adjusted as well. Another tweak has been made, the balance of defensive stats against vitality has been encouraged to have more variety in itemization in builds that are defensive.

Less expensive caps are implemented on Partial Avoidance, and the itemization budget for these, as well as the incoming healing, have been a little bit increased. They have also reduced the Itemization budget for tactical mitigation, vitality, and health by about 5%. The update has also fixed a bug that reduces some ratings later in-game.

Damage output on Flashing blades and double-edged strikes have been reduced as well under the Burglar class. For the Captain class, however, Noble mark has been redesigned, in which it now allows Captain to heal up to 3% every three seconds whenever they try to land a skill attack against any opponent.

The range has been tweaked as well, making it only 12 meters now, which required the Captain to remain close proximity to get their marked target to maintain the effect. As for the Champion, blade and strike skill damage has been increased in this class. In Hunter classes, Longer cooldown has been implemented on Area of Effect poison cure, and the single target cure has been updated to have a cooldown from now on.

The last three remaining classes have their updates and tweaks as well. For Lore-masters, the use of your next queued skill will no longer be noticeably delayed bu the friend of the animals summoning skills, and this change does not apply to the skill that is the Sic-em. Searing embers should now do the correct damage after being refreshed by Set Gear bonuses.

For Runekeepers, damage output has been reduced on a writ of lightning, ceaseless argument, and static surge. Lastly, Wardens have their mitigation bonus on Never Surrender granted its proper 5% instead of 50%.

The update has also given attention to crafting, especially when it comes to recipes. For completing tasks each week, Universal optional crafting ingredients are now available starting at level 20 and can be rewarded for also completing quests during the spring anniversary, summer harvestmath, and yuletide festivals. These ingredients can also be used to guarantee a critical success when crafting.

For optional ingredients, more than one can now be used at a time. If multiple of these are checked, only one of each ingredient will be consumed in recipe execution.

As for the new raid, it will be available to any player that owns the Minas Morgul expansion.

You can view the full list of patch notes on this link.

Android to Have Bedtime Feature to Fight Insomnia During Coronavirus Crisis; Google Pixel Updated With Safety Tools for Car Crash

Beat That, SanDisk: Integral Memory Launches The Largest-Capacity MicroSD Card Yet At 512 GB

After arriving at 100th railway station in India, Google’s WiFi is set to hit another 100 in 2017

Bessemer is reportedly raising $1.6B for its tenth fund

With changes to price-matching, Amazon and Walmart usher a new era of retail

Samsung’s flagships get a new level of premium, starting at $1,400

Facebook rolls out a lightweight web version of its photo-sharing service, Moments

Twilio came ahead of expectations and the stock is going nuts

How to Photograph Bioluminescent Oceans

WATCH: Apple Comes Up With New Ads To Showcase The iPhone 7 Plus Portrait Mode

Stop in the Name of the Paw! New K-9 Recruits Pose for Adorable Photos

This Short Film Was Illuminated by a 1600W LED Drone Light

Born from jets: Saab once built a car with a joystick