Apart from being powered by seventh-generation AMD Pro A12 processors, the two portable laptops will have Radeon R7-class graphics. The main difference between the ThinkPad A275 and ThinkPad A475 is their display size, with the former getting a 12.5-inch display and the latter coming with a 14-inch display. While the base model will have a 1600×900 pixels TN panel, buyers have the options to choose up to full-HD (1920×1080 pixels) IPS displays with or without touch option.

The ThinkPad A275 and ThinkPad A475 can fit up to 16 GB of DDR4 memory. Storage options for both include up to 512GB NVMe M2 SSD or 1TB HDD. As far as portability is concerned, the A275-series weigh around 1.3kg while the A475 is a tad heavier at 1.6kg. These laptops also come with the option for fingerprint reader and are compatible with Windows Hello bioauthentication. 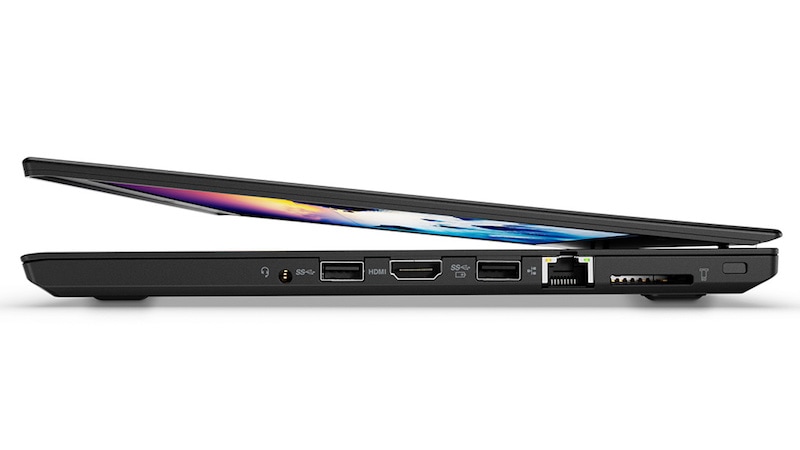 Connectivity options include LTE-A mobile broadband, Wi-Fi 802.11ac, Bluetooth 4.1, two USB 3.0 Type-A ports, one USB Type-C connector, an HDMI output, a Gigabit Ethernet jack, a card reader, and a headphone port. The ThinkPad A275 and A475 promise to offer more than ten hours of battery life.

Apart from the ThinkPad A275 and A475 notebooks, Lenovo also announced the ThinkCentre M715 Tower and Small Form Factor (SFF) models adding to the existing M715 Tiny. The M715 series are also equipped with AMD Pro or Ryzen Pro processors for intensive tasks such as multimedia creation, graphic design and number-crunching. They

“For 25 years, the ThinkPad brand has been defined by simplicity, function, and reliability. And as the digital transformation advances with exponential speed, Lenovo maintains a relentless quest for perfection and delivering customer choice,” said Jerry Paradise, executive director, Lenovo Commercial Portfolio and Product Management. “With the launch of the new ThinkPad A series and ThinkCentre M715 we have combined the uncompromising versatility of Think products with the multitasking power and hardware-level security of AMD PRO to meet the ever-evolving needs of our enterprise customers.”

AMD Ryzen Begins Gaming Optimization With 'Ashes Of The Singularity'

F1 live stream: how to watch the German Grand Prix 2019 online from anywhere

Dear Silicon Valley: America’s fallen out of love with you

DxO One camera for Android on the way, new accessories debut

Ford might be looking to inject graphic heat in future Mustang

Oculus VR content will be forward-compatible with its future headsets

WIN! Enter the Canon prize draw and be in with a chance to win one of these fantastic prizes…

Google launches the Chrome Enterprise Bundle for IT admins

UFC 236 live stream: how to watch Holloway vs Poirier and the rest from anywhere