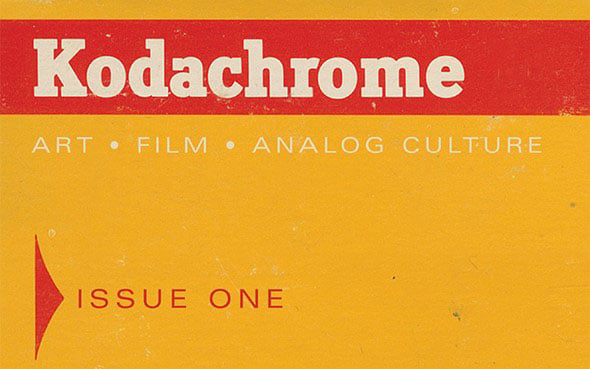 “Conceived by Kodak, but about so much more than Kodak – be it writing, sculpture, music, graphics, or all manner of delights in between,” Kodak says. “Each issue, we bring you stories and conversations from around the globe that showcase our shared fascination with creation, craft and inspiration.”

Issue 01 is being published in a “limited edition run” and contains 76 pages of features, illustrations, and photographs. Kodak is serious when it says the magazine goes well beyond the world of analog photography and filmmaking — here’s a list of what stories you’ll find in the first issue: The first issue is available for purchase now in the U.S., but it won’t come cheap: you’ll have to pay $20 for this little piece of photo publication history from the Kodak online store.

(via Kodak via DPReview)

What each model of the iPhone added to the game

Facebook changes mission statement to ‘bring the world closer together’

Not getting a Leica for Christmas? Make your own out of Lego

Fotr forces you to print every iPhone photo you take

Apple Stopped Selling The 256 GB iPhone 7 So Customers Will Buy The iPhone 8: That's Not Working Out So Well

“We should not talk about jobs being lost but people suffering,” says Kasparov on AI

Amazon will now deliver your Morrisons groceries in an hour

Porsche creates replica of the first 356 to mark 70th anniversary