The new findings resulted from merged data captured by the Subaru Telescope and machine learning, according to Eureka Alert. The measured oxygen abundance suggests that most of the stars in this galaxy formed very recently.

Subaru Telescope is an 8.2-meter optical-infrared telescope located at the summit of Maunakea, Hawaii, operated by the National Institutes of Natural Sciences’ National Astronomical Observatory of Japan (NAOJ). An international research team uses the wide-field imaging data taken by the Subaru to study rare galaxies in the early formation stage. 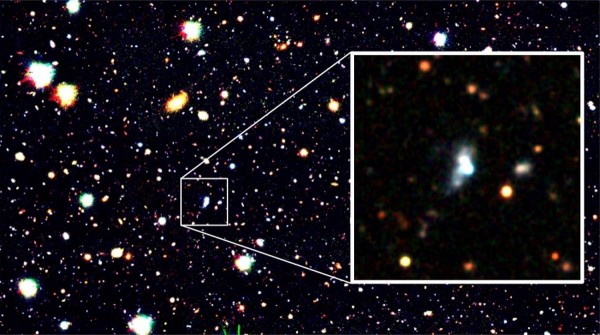 Finding galaxies in the early stage of formation from the wide-field data is difficult because it includes up to 40 million objects. With that, the research team developed a new machine learning method to find galaxies from a vast amount of data. Thus, they created a computer that was repeatedly taught to learn the galaxy colors from theoretical models and only select those galaxies in the early stage of formation.

Among the findings, the research team particularly took note of two interesting indications: the rarity of galaxies at an early stage and the possibility of having a new-born galaxy. Primarily, the discovery of HSC J1631+4426 galaxy supports the standard cosmology suggesting that the Milky Way’s matter density rapidly drops as its expansion accelerates.

However, matter does not assemble by gravity in the future universe with rapid expansion–so the HSC J1631+4426 galaxy may be the last generation galaxy in cosmic history.

On Aug. 3, the research findings will be published in the Astrophysical Journal.

The HSC J1631+4426 galaxy is one of the 27 galaxies selected by the computer’s artificial intelligence. After follow-up observations, researchers found that it is about 430 million light-years away in Hercules constellation.

According to the National Astronomical Observatory of Japan and the University of Tokyo Prof. Masami Ouchi, the stellar mass of the HSC J1631+4426 galaxy is very small at 0.8 million solar masses, which is only about 1/100,000 of the Milky Way galaxy. Also, the galaxy’s oxygen abundance was only at 1.6% of the Sun, the lowest recorded value. This further proves the developing nature of HSC J1631+4426.

Meanwhile, Science Daily reported in February about a unique monster galaxy discovered by an international team of astronomers led by the University of California scientists. The group used spectroscopic observations from the W. M. Keck Observatory’s powerful Multi-Object Spectrograph for Infrared Exploration to make detailed measurements of the galaxy called XMM-2599.

The study’s lead author, UC Riverside Department of Physics and Astronomy postdoctoral researchers Benjamin Forrest, said the XMM-2599 was an ultramassive galaxy with more than 300 billion suns before the universe was 2 billion years old. However, the galaxy’s evolutionary pathway remains unclear.

Amazon Partners With Samsung On A Dash-Powered Ink Replacement Service

Researchers find that “moderate” screen use is OK for teens

Blue Bottle Coffee is raising another big round of funding

This is What One Photography Veteran Thinks Makes a Great Image

At Nissan-Renault, the hunt for an 'irreversible,' sustainable future

How Russia’s online influence campaign engaged with millions for years

Ferrari-powered Toyota 86 does donuts around Ferrari 458

Samsung Brings Back Expandable Memory, Water Resistance To Galaxy Line With The S7 And S7 Edge

Anyone can now apply to be verified on Twitter

GoPro lays off 200 employees representing 20% of the company

Facebook shut down Russian APT28 trolls before the 2016 U.S. election

Officials say future of Bondurant school is bright despite bankruptcy

Slow updates are hurting Android as an app platform, and Google Play