As Apple will soon launch iPhone 12 on October 13, a Japanese accessory manufacturer MPOW has unveiled a new wireless charger for the new iPhone. The device was first spotted by Macotakara and reported by Mac Rumors on October 12 after the company published its first blog post about the product. 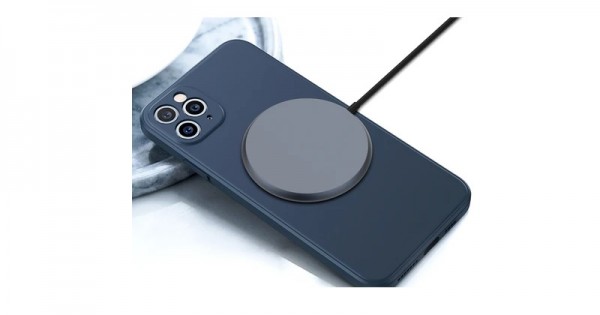 According to the blog post, Tokyo-based MPOW JAPAN Co., Ltd. revealed its new wireless charger that uses a magnet to allow the charging position adjustment built-in function of the new ‌iPhone‌. The charger has a “ring-shaped magnet mechanism” similar in the new ‌iPhone‌ as shown in the earlier leaks about magnetic rings back in Saturday, October 10.

Magnetic charger: How does it work?

The Japanese company wrote that the magnetic charger, which is a tentative name for the product, will ensure better charging performance as it is firmly attached to the iPhone, unlike traditional wireless chargers, which may move position from time to time. This new design would prevent charging stop when the phone’s position is changed. 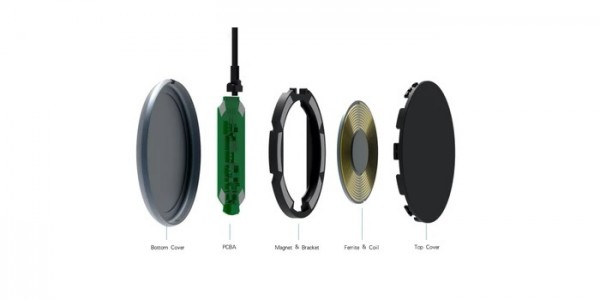 It is quite unclear though how this charger is called wireless charger when there is a wire showing on the side of the magnetic plate, which uses USB Type-C to connect to the AC charger. Perhaps that is yet to been once the final product design is already available.

With its thin body design, the magnetic ring conforms in the phone’s shape and does not obstruct when held by hand. Meanwhile, some adjustments are being considered to ensure the device can still work even while charging.

However, company noted that the new charger is designed for newer iPhones while it may not work with other smartphones. Also, the images of the product and internal structure provided in the block are still being developed while the design and specifications may still change when the product is released by December 2020. The price is yet to be announced.

Last week, Apple is also rumoured to revive the magnetic rings to be embedded in the magnetic case with have already been rumoured to appear “MagSafe” as well as two official Apple wireless chargers, the “MagSafe Charger” and “MagSafe Duo Charger.” one or both of which will have a 15-Watt power output.

It was leaked by Chinese Weibo user “Kang” who shared seemingly accurate details about each product that will be released on the October 13 Apple event. Aside from the iPhone 12, Apple is rumoured to release a HomePod mini.

The original post was shared on Twitter by EverythingApplePro who also claims that Apple will launch a new magnetic iPhone case, which will go perfectly with the phone’s built in magnets that will perfect align with Apple’s wireless chargers.

Currently, Apple still does not have any native ‌iPhone‌ wireless chargers. In 2019, Apple cancelled the AirPower charging mat due to quality issues.

Similarly, the company was supposed to include a feature similar to Samsung Galaxy S10’s Wireless PowerShare on iPhone 11. Leaks showed that iPhone 11 would allow Qi-based device-to-device charging, basically making the back of the iPhone as charging station for other Apple devices and accessories like AirPods and Apple Watch.

However, it was hastily dropped before the phone release because its charging efficiency did not meet Apple’s standard, according to Ming-Chi Kuo.

How 3 leaders in the parts industry are remaking themselves

Despite a fickle market for fancy home appliances, new investors get behind Brava Home

Down but certainly not out: IR35 will hinder vital economic growth post-coronavirus
Meters' OV-1-B Connect headphones have VU dials and a $349 price tag

Sony a9 Sensor One of the Best Ever Tested, DxOMark Finds

Here are August's winners of the Honor/Huawei incentive program!

How can the UK stay ahead of the digital manufacturing curve?

This parkour robot is really, really good at jumping