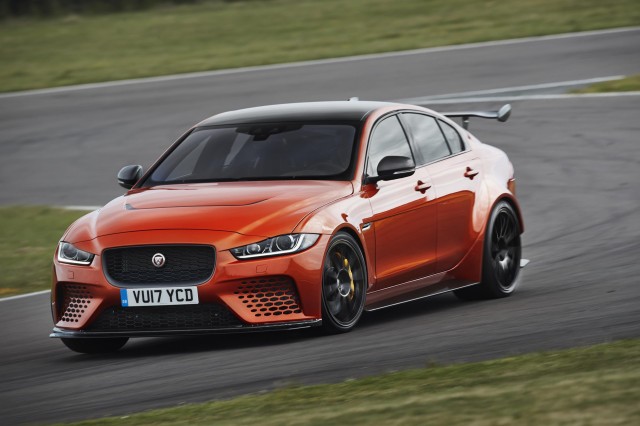 It appears Jaguar has some spare XE SV Project 8s lying around because a batch of them will be tapped for a new one-make racing series. Top Gear reported on Oct. 26 that the brand will launch the Series Elite one-make race series with the XE SV Project 8 as the star car. Oh, and it’s exclusively for “high net worth individuals” who happen to be over 50 years old.

Yes, this race series is only for “the mature driver,” as Jaguar put it. In all, 20 drivers will be handed the keys to lightly modified XE SV Project 8s, which can also be turned back into road cars once the series is finished. The brand only planned to build 300 examples of the raucous Project 8, and the race series appears to be a clever way to move any remaining cars left unsold. 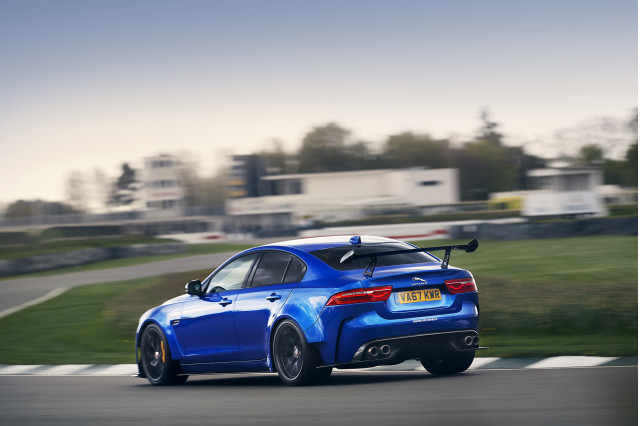 Recall, the Jaguar XE SV Project 8 is no parking lot cruiser. A 592-horsepower 5.0-liter supercharged V-8 engine resides under the hood, while an 8-speed automatic transmission works to send power to all four wheels. Mashing the right pedal will cause the sedan to sprint from 0-60 mph in 3.3 seconds.

Jaguar doesn’t expect professional drivers to show up ready to race. The brand said it will provide “all the relevant training, testing and race experience needed to compete in the new series.” The cars will also be prepared and stored and a central facility.

The series will kick off in May and run 12 races across the United Kingdom and Europe. Jaguar didn’t mention the cost of entry, but we’d assume it’s rather pricey to participate. Just the car alone will set a buyer back $192,000. Jaguar plans to entice drivers with other experiences, such as dinners with racing legends, a Formula E race weekend, ice driving, and even an African safari.

Jaguar previously announced that the XE SV Project 8 will serve as a ‘Ring Taxi at the Nürburgring, marking yet another way the company may be using excess inventory. Racing fans also have a second Jaguar one-make series to look forward to: the inaugural I-Pace eTrophy will kick off alongside Formula E in 2019.

Fiat Chrysler to Workers: We’ll Decide When Our Plants Shut Down, Thank You

Relonch: A One-Click Camera with ‘Perfect’ Photos for $99 per Month

Rare Footage of Animals That Have Gone Extinct

What Makes a Photographer When Everyone Is Taking Pictures?

The Apple AR glasses might be launching as soon as 2021

After restructuring, Amazon’s Game Studios partners with Athlon Games on ‘Lord of the Rings’ title

A Funny Video Editing Parody that Photographers Will Totally Relate To

I Found My Photo Portfolio That Went Missing for 30 Years