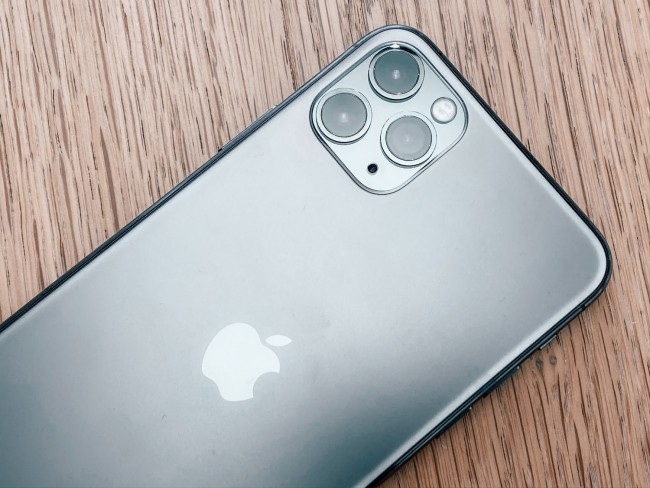 iPhone 11 Tracks Location Even if You Turned it Off, Here’s Apple’s Explanation Why   ( Jan Kolar / VUI Designer/ Unsplash )

Imagine having a phone that always tracks wherever you go and submit it to a third-party even if you demand it to be turned off. Sounds scary? That is what iPhone 11 has been doing until someone noticed and reported it.

On Nov. 13, Brian Krebs– a device security reporter, publicized an unusual observation to Apple’s newest release of the iPhone series, the iPhone 11 Pro. It turned out that users of the device cannot quickly turn off the location data feature from the phone– contradicting Apple’s newly-released ad saying that privacy should be a simple thing for most tech companies.

Normally in iPhone devices, users can easily turn off their location data through tapping Settings, going to the Privacy tab, finding Location Services, and switching this off. Once you’ve done this successfully, iPhone will stop all running applications in your phone to gather your location data– making the small diagonal upward arrow to the left of the battery icon disappear from your phone. Aside from this, Apple also states in its privacy policy that “disabling location-based system services can also be done through tapping on System Services and turning off each location-based system service”– if you wish only to stop location data on a specific application.

However, according to Krebs’ observation, the iPhone 11 Pro seemed to be functioning indifferently, causing him to describe this as an iPhone 11 Pro ‘bug.’ On his demo video, he showed how iPhone 11 Pro gives out location even if he already turned off all his applications’ location data. This video made swirling negative reactions from iPhone users– saying that Apple is making their customers worried about their privacy and security exposure.

Krebs immediately reported this issue to Apple. However, one of Apple’s representatives explained that they do not see ‘any actual security implications’ when it comes to Krebs’ inquiry.

Apple Explains its Side After 2 Days

After two days from the day Krebs’ published his article about the said iPhone 11 ‘bug,’ Apple released a different statement through a TechCrunch reporter explaining that the supposed ‘bug’ is an installed software on their device called ‘Ultra-Wideband Technology.’

“Ultra-wideband technology is an industry-standard technology and is subject to international regulatory requirements that require it to be turned off in certain locations. iOS uses Location Services to help determine if an iPhone is in these prohibited locations to disable ultra-wideband and comply with regulations,” said an Apple spokesperson on TechCrunch.

Apple also said that they had input this program for “users to share a file with someone using AirDrop simply by pointing at another user’s iPhone.”

However, critics and consumers perceived Apple’s explanation as an ‘escape plan’ since they already got caught red-handed and waited for two long days before making a statement.

“Here’s what Apple said. And it makes sense! But it shouldn’t have taken this long, to begin with,” tweeted TechCrunch reporter Zack Whittaker.

Apple Will Fix the Issue on the Next iOS Update

According to Forbes, a lot of people also raised their eyebrows not just due to iPhone 11’s turned-on location services. Still, the way the company stated that they will disable the said ‘international regulatory requirement– making users easily turn off location data through their incoming iOS update.

This means that Apple’s forceful opening of location data seemed to be unnecessary since they are now willing to let the feature go.

Samsung Exynos Vs. Apple A14 Bionic Chip: Can It Beat iPhone 12's Chipset?

Netflix Upgrades Audio for Android Viewers with xHE-AAC: How to Improve Sound Quality

Google Won't Disclose Its User Data Collecting and Tracking Habit! How to Protect Your Info
more news from the blog

God of War 2 PS4: everything we know about the rumored God Of War sequel

Netflix will stop working on older TVs and streaming sticks – are you affected?

This is How Chinese Models Get Photo Shoots Done Fast

Daily Crunch: Amazon lets you pay with your palm

Apple AirTags release date, news, leaks, and what we know so far

Destiny 2 PC Release Date and Time, System Requirements, Price, and All You Need to Know

Castbox turns to blockchain to help podcasters get paid

Nest Thermostat E Aims For Mass Market Appeal At $169: How Is It Different Than Its $249 Sibling?

Yakuza games in order: by release date, in chronological order and ranked

The Color Photography of Vivian Maier

Learning Photography From a $90.3 Million Painting

Mazda looks to next-gen CX-5 for a lift

Blue Origin: everything you need to know about the Amazon.com of space