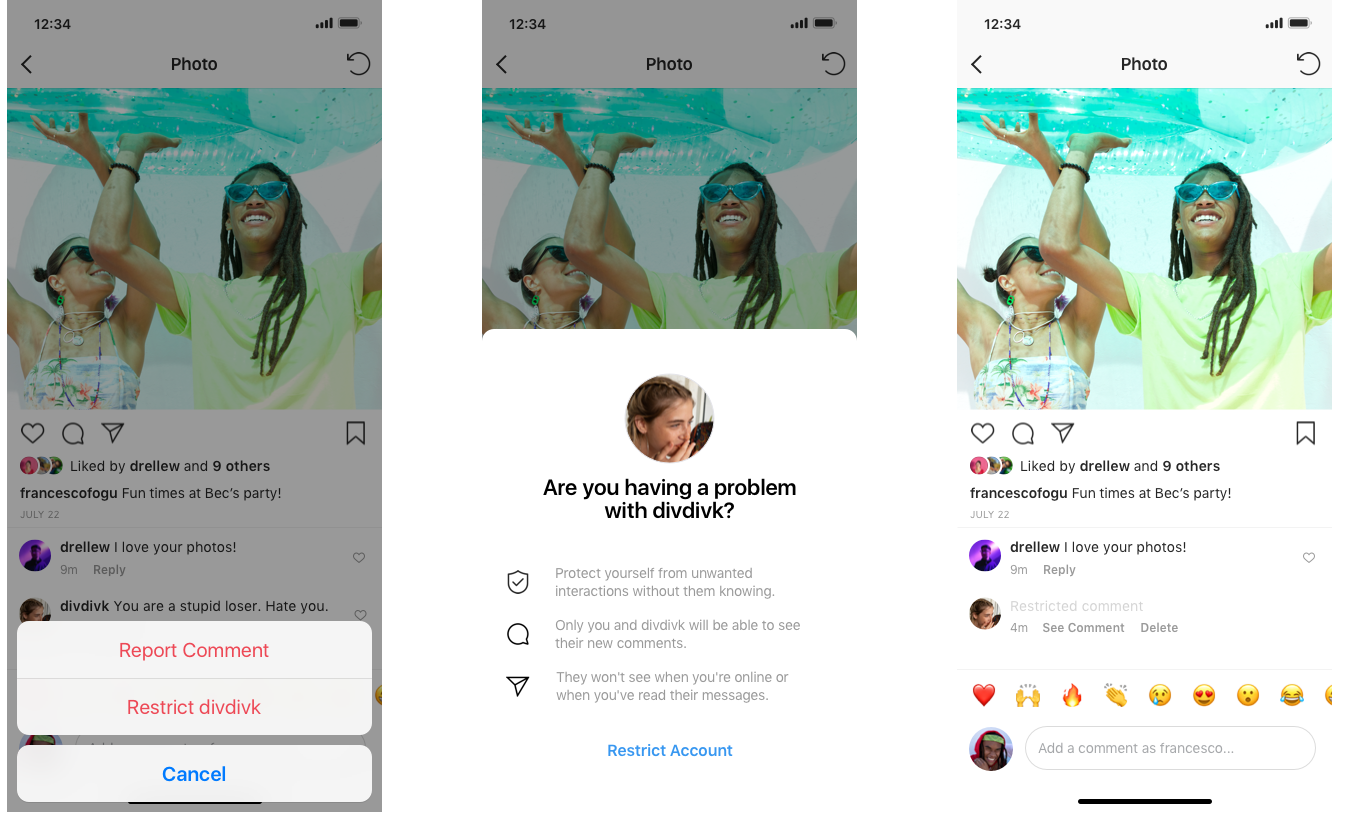 After previewing the feature in July, Facebook-owned photo sharing behemoth Instagram has officially released a shadow-banning feature, called Restrict, to all of its users today.

Restrict gives Instagram users who are dealing with trolls or bullies a third option that’s not quite as obvious as reporting or blocking someone. It’s being positioned as an anti-bullying tool that designed to “quietly protect your account while still keeping an eye on a bully.”

DMs, meanwhile, will automatically be sent into the Message Requests folder, and the users who are Restricted will not be able to see when you’ve read their message.

The feature is rolling out now, and should be live in your Instagram app on both iOS and Android as soon as you’ve updated to the latest version. Whether or not it will actually help to improve Instagram’s purported negative effects on mental health … that’s yet to be seen.

Best laptops for photographers in 2021: Photo editing in Photoshop

Can your gadgets really live off solar power alone?

iPhone X screen: Here's how much it will cost to repair

Trump considers “extreme vetting”, which would force US arrivals to share passwords

Samsung Galaxy A50 vs Galaxy A80: which affordable phone is best for you?

Automakers should consider leaving automaking to others

Samsung Hello could be the Galaxy S8's answer to Google Now