HP claims it has pushed the boundary of capabilities that a mini computer can possess, by announcing the Z2 Mini. In its highest configuration, the company claims that the Z2 Mini is twice as powerful as any other mini-computer available in the market. This is a bold claim as recently there have been many mini-computers launched that pack impressive specifications. Of course, comparisons are being made with the ancient Mac Mini, last updated in 2014, which of course the Z2 Mini outpaces.

The 2.3-inch high HP Z2 Mini packs a quad-core Intel Xeon processor, Nvidia Quadro mobile M620 graphics card, and up to 32GB of RAM. It can run on Windows 10 or Linux and is capable of running six displays on stock configuration. It comes with a Turbo Z drive for “handling large files remarkably fast,” as per the company.

HP says that the octagon-shaped Z2 Mini is 90 percent smaller than a traditional business-class tower and has been described as “shorter than a cup of espresso” by the company. 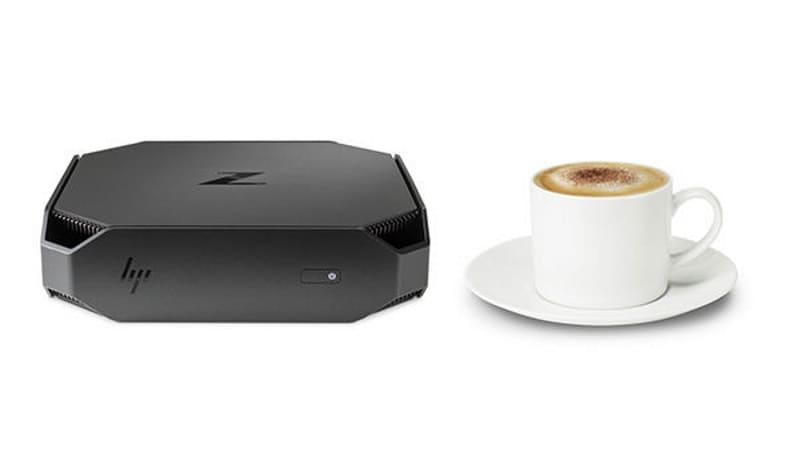 The HP Z2 Mini mini-computer is expected to be available in December worldwide and will start from $699 (roughly Rs. 47,400) as per the company.

“HP redefined the workstation in 2009 with the introduction of the HP Z series, and now once again is disrupting the category with the new HP Z2 Mini Workstation – the ultimate combination of space efficiency, elegance and power for our customers and partners,” Jeff Wood, vice president and general manager, Workstations and Thin Clients, HP Inc was quoted as saying in company’s release.

Could you be emotionally blackmailed by a cute robot?

Researchers create an electric plane that can fly without moving parts

How to Bring Out That "Work From Home" Productivity? Get Yourself a Self-Stirring Coffee Mug!

Photos of Dogs in Breathtaking Landscapes

VP Of Design At Twitter, Mike Davidson, Stepping Down In February

Mario Kart Tour: everything we know so far

Some iPhone 8 OLED Displays Will Be Made By LG As Apple Attempts Supplier Diversity: Rumor

Apple May Unveil Siri Smart Speaker At WWDC: What Will The Amazon Echo And Google Home Challenger Offer?

Why Kodak Died and Fujifilm Thrived: A Tale of Two Film Companies