Half-Life: Alyx Tips and Tricks to Get it with Discount or Free and What You Need to Know Before Playing It!

In a time of social distancing due to the coronavirus (COVID-19), what better way to spend your free time aside from playing video games! In an awkward situation like this, a new Half-Life game is actually out, and it is set between Half-Life 2 as well as the original Half-Life! 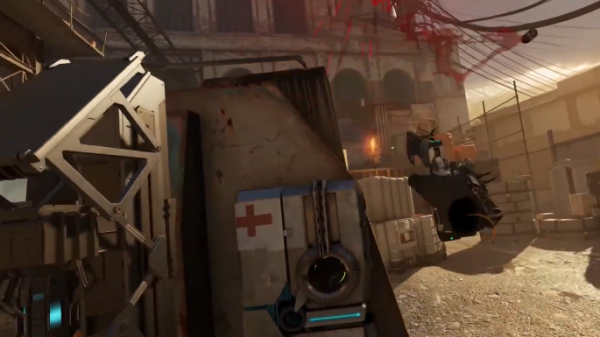 The upcoming Half-Life: Alyx is a game exclusive to VR–this brings a new gaming experience for fans of Half-Life as well as fans of the whole first-person-shooter genre itself! The game released at 10 A.M. on Monday, Mar. 23 and will show you what exactly was happening before Gordon Freeman’s run all through City 17.

Should you invest in a VR?

The good thing about the Half-Life: Alyx is that it is compatible with quite a selection of headsets aside from Valve’s own Index. The other headsets to be used range from the Oculus Quest and Rift S, the HTC, Vive, and even more!

How to get Half-Life: Alyx with a discount or get it free!

For you to get a 10% discount for Half-Life: Alyx, you’ll have to order this game right away! This is a great way for you to play the game without having to worry too much about getting an expensive VR and relying on current headsets you might have.

If you really want to get this game for free and you still do not have a headset or VR within your arsenal of consoles, once you order an Index headset or accessory, you’ll be able to get the Half-Life: Alyx for free!

These are the headsets you can play Half-Life: Alyx with:

The best thing about the Half-Life: Alyx is that it is compatible with the list above, which is pretty much the most popular VRs around. This should not be hard for most gamers as these VRs might already be in their possession.

Any headset that works with Steam VR also works for the Half-Life: Alyx! This is one of the best announcements ever made about the Half-Life: Alyx because even though it is built exclusively for VR, it is not exclusive and is really inviting for players with different Steam-compatible VRs to play!

Every other Half-Life game is now free!

To properly prepare for the launch of this game, Valve has decided to make every single game within the Half-Life series free for gamers until Apr. 1. If ever you are planning to familiarize yourself with the series before actually playing Alyx, now is a perfect time!

The last game released within the Half-Life series by Valve was the 2007’s Half-Life 2: Episode 2, which was quite a cliffhanger for other gamers, and the need for completion has not been forgotten.

Software is due for a bundling event

Mil-Spec and its reborn Hummers star on Jay Leno's Garage

Crunch Report | Sprig Is Shutting Down

Sundar Pichai stays diplomatic about Google building its own phones

Work Towards Cisco Certification with this Comprehensive Training suite

These Photo Restorations May Boggle Your Mind

This major Chinese VPN provider has been hacked

$1.1M Nissan GT-R50 by Italdesign will roll into customer garages by late 2020

Essential offers up an Android Oreo beta for the Essential Phone

Kick off summertime in this week's comments thread

Confide CEO Jon Brod on the White House, bad press, and what’s next for his secure messaging app