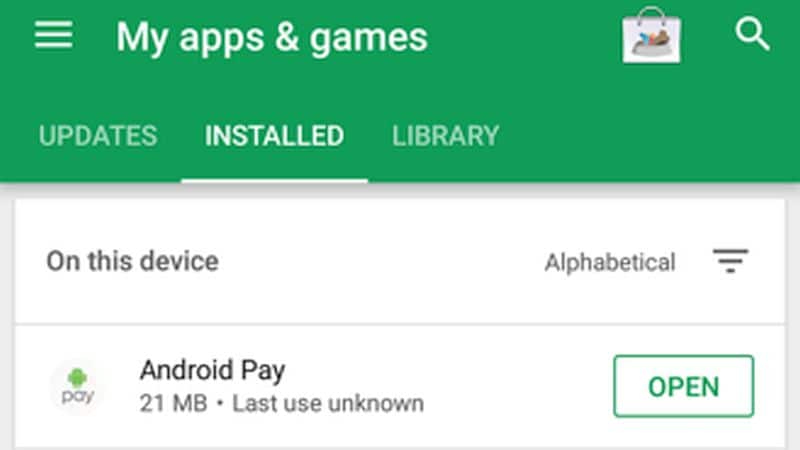 Google is about to bring some major visual changes to the ‘My Apps’ section of Google Play. The revamp brings some much needed additions while removes a lot of unnecessary sections. The new visual changes in Google Play are expected to be part of an update with version 7.4, according to a report by Android Police.

With the new update, the ‘My Apps’ section will include options for Updates, Installed, and Library replacing earlier labelled sections for Installed, All, and Beta. As the name suggests, the new Updates tab will list the apps which have received an update with details like size of the update and timeline of the update as in when the update was released on Google Play. The Installed tab in ‘My Apps’, as before, lists the apps that are installed on the Android device while the Library tabs include all the apps ever downloaded by the Android user. Android Police adds that users can still install updates for apps in a batch or separately.

Another notable addition to the ‘My Apps’ of Google Play is sorting – which now allows users to choose how they want to see apps in their Installed tab – alphabetically, size, by last update time, and also by last used. The listed apps will now appear with Open icons which will allow users to launch the apps directly from the Google Play app. Currently, Google Play redirects users to the app listing in the store after which users are offered the option to launch the app. With the new refresh, Google Play will also allow users to check the size of an app. The Installed tab will show the size of the app while the Updates tab will show the size of the update. This might be a very minor addition to the current format in the Google Play but will surely let users keep a check on the app size on the device. The new UI of ‘My Apps’ was first spotted by Android Police, which received screenshots from a tipster. Unfortunately, there is no word when Google will rollout the update for Google Play app to users.

Google is famous with testing new features with its UI in Google Play. The company keeps testing features with limited users before a broader rollout.

This ultra-twee soft robotic gripper was inspired by Venus flytraps

The consequences of indecency

Facebook Refutes Gender Bias Claim Made By Former Engineer, Says Analysis Was Based On An 'Incomplete Data Set'

Close-mindedness and the open internet

Mil-Spec has built Hummer Launch Edition #003, and this one's for sale

First Lexus EV could be a hatch, concept bound for 2019 Tokyo Motor Show

24 more characters, for better and worse

Full-frame cameras: do you really need one?

Guy Sings Bach’s Cello Suite No. 1 by Filming Two Notes Every Day for a Year