Google announces Google Clips, a camera that knows when to snap photos 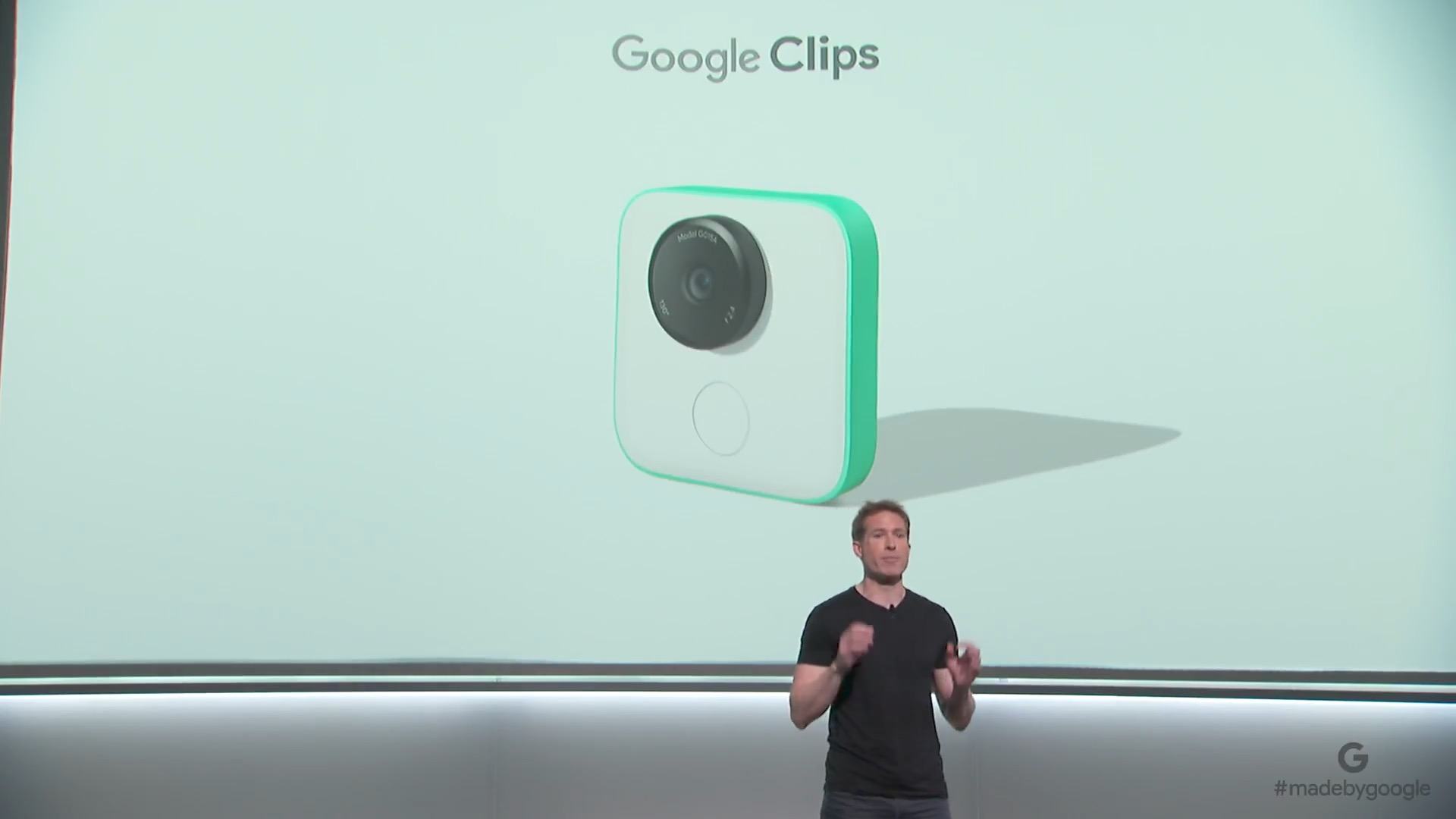 Google has just dropped a whole bunch of new hardware, but perhaps the most surprising was the new Google Clips camera.

It’s a small, GoPro-sized camera that’s meant for taking photos quickly and easily, without the need for you to even press the shutter button.

As with everything announced at the Pixel 2 launch event, Google was at pains to emphasise just how much “machine learning” goes on inside the Google Clips camera.

In this instance, Google’s algorithms are clever enough to tell it when to capture footage, and it’s then capable of pulling out key stills.  The functionality looks similar to what Google already does with its Photos app, albeit without the need for you to tell it when to take a photo at all.

That said, the camera does include a physical shutter button, for those that want to occasionally take direct control.

Design-wise, Google describes the camera as weighing ‘almost nothing’, and it’s equipped with a physical clip so you can attach it to objects to allow you to take better photos. There’s no viewfinder on the camera itself.

The camera will cost $249 when it launches at a time that’s to be announced; pricing for other regions is also to be confirmed.

I Got a Free Haircut Using My Camera

Minecraft Dungeons, a Diablo-lite dungeon crawler, is out – here how to download it

Pokémon Go’s paying user base has reached a plateau

Hyundai develops biometric system to unlock and start a car

The Sonos Beam is the soundbar evolved

Got a New Mac? Then Learn These 10 Handy Keyboard Shortcuts