Google Allo Can Now Make Duo Calls Within a Chat

Google this week rolled out an update to its messaging app Allo that enables users make a Duo video call directly within the chat window.

To be able to use the feature, both Allo and Google’s video calling app Duo need to be installed on both ends, the company said in a statement.

“So when you’re at the mall and are finding it difficult to pick the perfect pair of shoes, quickly starting a Duo video call with your friend makes it so much easier than typing a description of those great-looking runners,” the statement added.

A Duo icon in the upper-right corner of the chat screen immediately launches a Duo call by tapping it. 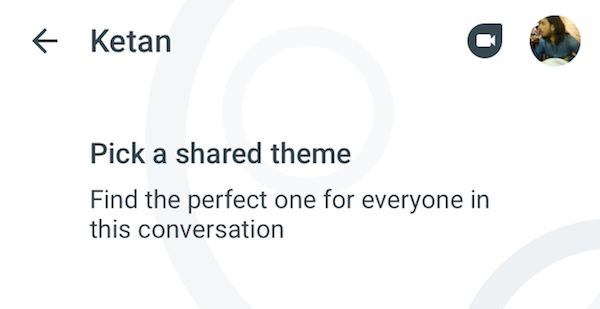 With the Allo update, users can also add stickers to their photos before sending them in a chat. The latest Allo update is available for both Android and iOS platforms.

Earlier this month, Google rolled out the v12 update of Allo, bringing the big Selfie Clips feature, along with other changes like a redesigned compose bar.

Selfie Clips essentially lets you use the front camera to make GIF loops of yourself or anything in the front camera view, and send them in chat conversations. Earlier, to send GIFs, you’d have to use third-party material, and a tool to create one was not available in-app. With this update, Allo adds the ability for iPhone and Android users in-app. This feature was announced by Allo team head Amit Fulay. Furthermore, the selfie sticker feature that was only launched for Android first, has now been made available to iPhone users as well.

The new compose bar was also mentioned by Fulay and it basically gets rid of the ‘+’ icon that hid all the compose buttons, and shows them all above the message bar itself. This makes them more accessible than before, as earlier they were hidden behind the ‘+’ button, and could only be seen when the button was pressed.

Written with inputs from IANS

This solar-powered drone can stay airborne for a year

These Portraits Were Made by AI: None of These People Exist

This is what the OnePlus 5T will probably look like

HQ Trivia arrives on Android in Canada in beta

Lenovo Is Exploring Launch of Qualcomm-Powered Notebooks in India

Toyota wants to put robot friend in every household