Godzilla's biography: The history of the Nissan GT-R 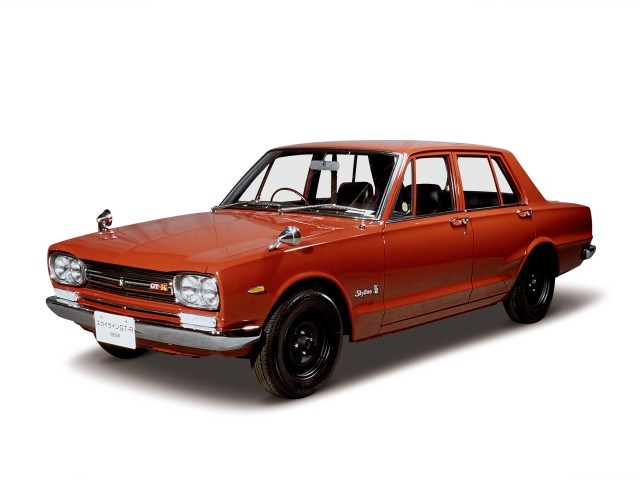 For the better part of 40 years it was only a Japanese legend. Unobtainium here in the United States, the Nissan Skyline GT-R was a high-tech, high-performance coupe we could only get a glimpse of in Japanese magazines or experience virtually through video games. Outfitted with all-wheel drive, all-wheel steering, and a twin-turbocharged straight-6, it was understandably a car we drooled over, but only from afar. And that nickname: Godzilla. How cool was that?

And then it came here in 2008, and it hasn’t disappointed. The power is sudden, and the all-wheel-drive system puts it to the pavement to create supercar performance. The experience is a little bit digital and the looks are almost Japanese to a fault, but this is one of the best performance values on the market, despite annual price increases.

But without a long domestic history, we’re not all familiar with the story of the GT-R. We’re here today to remedy that problem one generation at a time. Check out the history of the six generations of the GT-R below. And while we’re plenty happy with the current car, we’re looking forward to the seventh generation. 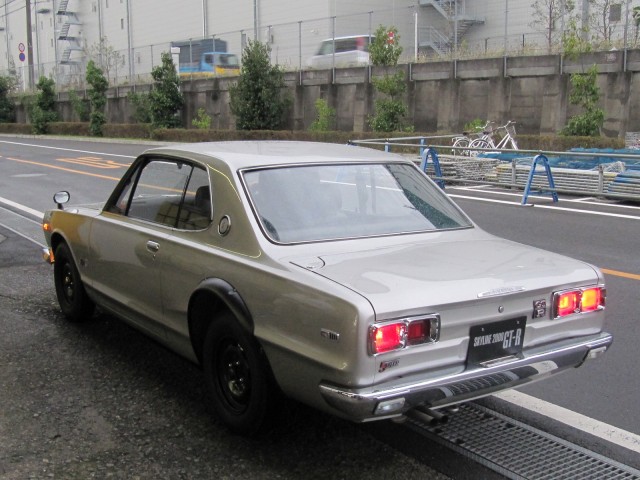 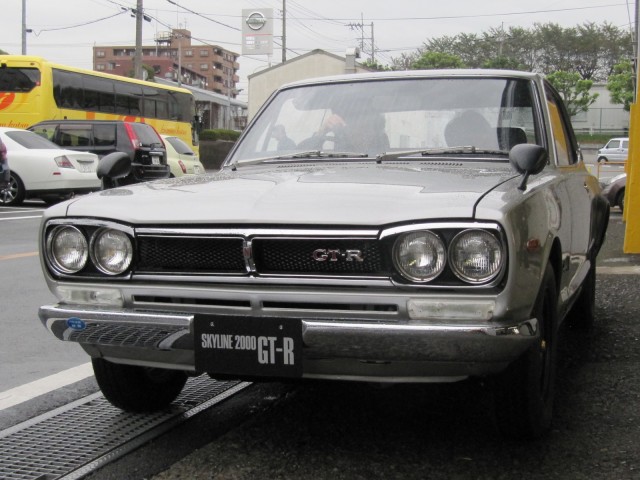 The Skyline sedan had been around since 1957, but the GT-R made its debut at the Tokyo Motor Show in fall 1968 and launched in February 1969. The beating heart of the beast was the S20 dual-overhead cam 2.0-liter in-line 6-cylinder engine, which produced 160 horsepower and 130 pound-feet of torque. The first-generation GT-R was known internally as code KPGC10 and carried the “Hakosuka” nickname, which was an amalgamation of the Japanese words for box and skyline. The car was 173 inches long with a 104-inch wheelbase, and it weighed 2,469 pounds. It could cover the quarter mile in 16.1 seconds and reach a top speed of 124 mph. It could corner, too, as it proved by winning the JAF Grand Prix in its debut race. The car became available as a coupe in 1971. All told, 1,945 of the first-generation cars were produced.

The second-generation Skyline GT-R, code KPGC110, was offered only as a coupe and only in 1973. The S20 in-line-6 still powered the car, and like the first-generation, the only transmission was a 5-speed manual. The car unofficially became known as the “Ken & Mary” due to a song by a young couple used in the advertising campaign. Unfortunately, only 197 KPGC110 GT-Rs were built due to the oil crisis and the stricter emissions standards that choked performance in the mid 1970s.

After a 16-year hiatus, the Skyline GT-R returned, this time as a showcase for much more performance technology. The so-called R32 GT-R featured the new ATTESA all-wheel-drive system, all-wheel “Hicas” steering, and multi-link suspension front and rear. The RB26DETT 2.6-liter turbocharged inline-6-cylinder spun out 276 horsepower and 260 lb-ft of torque. Zero to 60 mph took 5.6 seconds and the quarter mile passed in 13.9 seconds. The wheelbase was down to 102.9 inches, but the length was up to 180.9 inches. A version built for FIA Group A racing put out about 550 horsepower and won the 1991 Spa-Francorchamps 24 Hours race. The total production run was 43,394 cars.

You can now purchase a refurbished iPhone 6S directly from Apple

The best business monitors of 2018: top displays for work

New iPhone 12 release date, leaks, price, news and everything you need to know

Meural is a Smart Digital Photo Frame with Gesture Controls