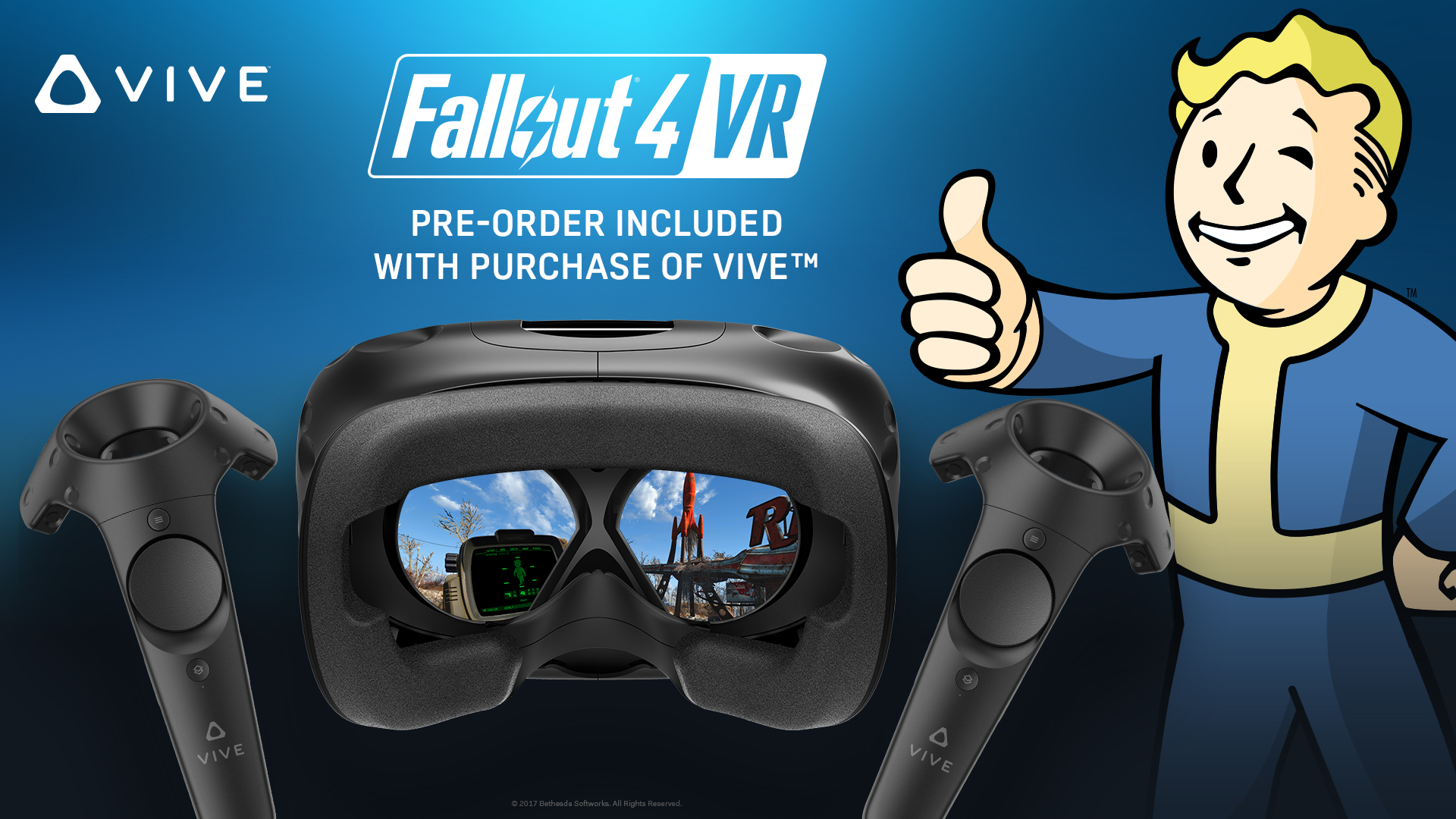 Despite making you face the horrors of a nuclear holocaust head-on, fully immersed, Fallout 4 VR is one of the most hotly-anticipated virtual reality games on the way before the end of the year. And now, as an HTC Vive exclusive, it’s just got even easier to get for VR newcomers.

Purchase a new HTC Vive, and Bethesda’s irradiated open-world RPG is bundled in free of charge.

It was quite the coup for the HTC Vive when Bethesda Softworks announced that Fallout 4 VR would exclusively come to its platform, eschewing the Oculus Rift (while PlayStation VR meanwhile gets the studios other big hit, Skyrim, converted into VR). Bethesda’s parent company, ZeniMax Media, has long been embroiled in a legal battle with Oculus over potential patent infringements, which is likely a contributing factor in Fallout 4 VR skipping the Facebook-owned hardware.

The news follows the announcement of a hardware refresh from Sony, making minor quality of life improvements to its PlayStation VR headset.

Project Scorpio dev kit is so powerful, we wish it was the real thing

In April Fools' tweets, Musk jokes of a Tesla bankruptcy

PlayStation is celebrating PSVR’s first birthday with a huge sale

New Render Reveals What The Next Google Pixel XL Will Look Like: Slimmer Bezels, Massive Camera Lens, And Squeezable Frame

With no moving parts, this plane flies on the ionic wind

Impostor Syndrome Might Be Where Your Self Doubt Comes From