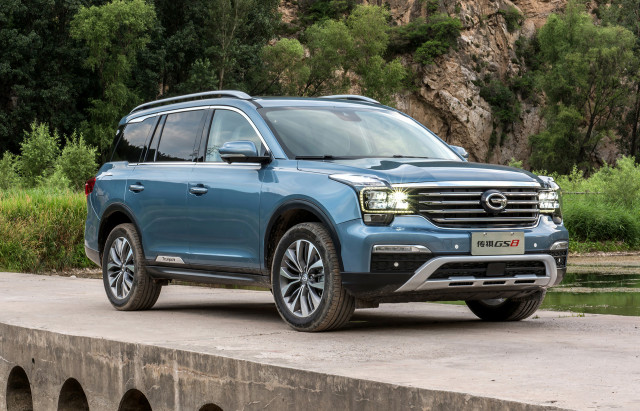 GAC Motor is shaping up to be the first major Chinese automaker to launch in the United States.

The state-owned company, which operates the Gonow and Trumpchi brands, on Friday confirmed plans to enter the U.S. market by the end of 2019, The New York Times reports.

The first model to arrive will be the Trumpchi GS8, although GAC is likely to introduce a new brand to sell the cars under given the similarity between Trumpchi and President Donald Trump’s surname.

The similarity is merely a coincidence as Trumpchi has been operating since 2010. The name is meant to mimic the Chinese name Chuanqi, but also resonate with people outside of China. The “trump” portion was selected to signify the best or winning, while “chi” is meant to signify the brand’s home of China.

The Trumpchi GS8 is a mid-size SUV with third-row seats. It’s powered by a 2.0-liter turbocharged inline-4 which is mated to a 6-speed automatic transmission and all-wheel-drive system.

Another potential model is the Trumpchi GS7 small SUV which was shown in January at the 2017 North American International Auto Show in Detroit. At the time, GAC said it was hopeful of starting sales in the U.S. by 2018 after obtaining certification for its vehicles as well as establishing a network of dealerships.

Expect more Chinese automakers to follow the lead of GAC. The New York Times reports that the Chinese government is looking to reduce the current restrictions on cars imported into China, in preparation for an export push for cars made locally. The move is to prevent other countries from accusing China of unfair policies.

Porsche is officially done with diesels

Microsoft Partners With Elon Musk-Backed OpenAI To Democratize Artificial Intelligence: What Does This Mean?

The Story of Oskar Barnack, Inventor of the Original Leica

How To Photograph Seascapes

In wake of Amazon/Whole Foods deal, Instacart has a challenging opportunity

Amid Covid-19, startups in MENA attract $659m investments in first half

Peugeot 508 strikes a chord with its impressive design

Astronaut Captured Blue Lightning on Camera from the ISS

ExpressVPN will now come pre-installed on all Dynabook laptops

Why is Jeff Bezos building a giant ‘millennial' clock inside a mountain?