Forget gray: This service lets you customize your Nintendo Switch 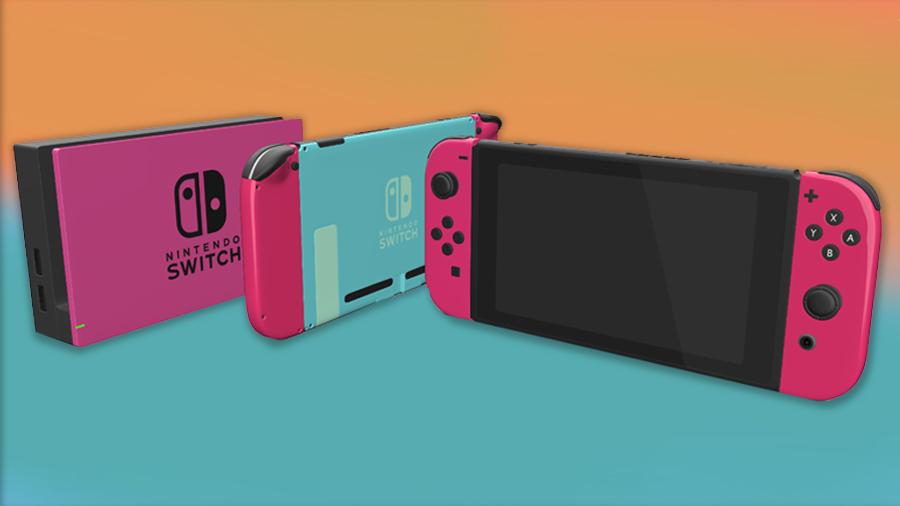 The red and blue Joy-Con controllers of the Nintendo Switch are a nice splash of color on an otherwise monochromatic system, but those looking to step up the look of Nintendo’s latest machine now have the entire rainbow at their disposal.

Hardware modification company ColorWare is adding the Switch to its list of, well, wares — allowing gamers to create their own custom-colored design for both the console/handheld combo and its dock.

ColorWare takes modifying the Switch past slapping on a different-colored skin or case on top, instead repainting the actual console itself piece-by-piece into something unique.

To be the leader in customization you have to be able to do it all! Introducing the Nintendo Switch in color: https://t.co/QKeaSNCRii pic.twitter.com/dJafQniJEbMarch 31, 2017

Seven different components of the Switch can be recolored to your choosing, from the individual Joy-Con controllers to the kickstand, using a palette of 58 different colors.

In addition to chromatic options, users can also choose between solid or metallic paints, as well as a glossy or matte finishes for each.

Currently, ColorWare only customizes its Switches brand-new, meaning you’ll have to pay for the console plus the paint job, which comes out to $249 (about £200, AU$330) plus the cost of the machine — totalling $549 (about £440, AU$720) before shipping and handling.

Make it yours: https://t.co/UsnUVVmFpt 58 Colors and 2 finishes allow you to create your dream Nintendo Switch! pic.twitter.com/d1hb5q2MxhApril 3, 2017

That said, ColorWare does let customers send in certain game consoles like the Xbox One S and PlayStation 4  Pro used, modifying them for just the cost of the coat of paint. Sadly, this option is currently not being offered for Nintendo Switch owners.

ColorWare also hosts a long list of available countries eligible for shipping, though the company is not responsible for additional fees or tarifs, and warns that its method of repainting electronics part-by-part does void most warranties.

Still, that might be a price worth paying for those who want their Nintendo Switch to be as bright and colorful as the games they’re playing on it — Splatoon 2, anyone?

10 special edition tech gifts you can find at Best Buy

iPhone, iPad and Mac sales are down, but Apple only cares about services now

Qualcomm expands its support for Alexa, Cortana and the Google Assistant

Cleveland offered $120 million in freebies lure Amazon to the city

Phishing attacks on the rise in 2018

Lessons From Loupedeck on Making It in the Photo Industry

Drones could open up new windows for drivers

I’m a Photographer (Who Happens to Shoot Weddings)

Photographers Across the US Teamed Up to Shoot 10,000 Free Headshots for Unemployed Americans

The laptop with the world’s biggest screen is still on sale, two years after launch

Life is a musical and these wallpapers are your song
The Galaxy Note 8’s S Pen has new pen powers, including translation

Best cheap TVs: great 4K TV deals and sales in the US in March 2020