Five Free, Easy to Use VPN Extensions for Google Chrome

A VPN or Virtual Private Network is – in grossly oversimplified terms – a private connection between you and a server on a network (typically the Internet) that’s used to ’tunnel’ your traffic through. It prevents your ISP (and others) from being able to see what data is being transferred, ensuring your privacy, and also allows for some interesting usage, such as masking your location, so you can access geofenced content. This works because the services see the traffic as originating from the server that’s at the other end of the tunnel and not your computer. This means you can use VPNs to access block sites, or so that the ISP doesn’t throttle speeds when it detects a torrent being downloaded.

Setting up VPNs has gotten easier over the years and there are many free options available as user, but they can still be a little intimidating for the ‘typical’ user. One alternative is to use an in-browser VPN; this means that apps like email clients can still connect directly to the Internet, but your regular browsing gets an extra layer of protection/ convenience.

To make the list, we first went to the Chrome Web store and searched for VPNs, to see what the top rated options were. We cross-checked this against recommendations from other users, and different expert reviews. After making the shortlist, we also tried out the different extensions ourselves, to make sure they still work as expected. Based on all these factors, we picked out best five Chrome VPN extensions that you can use.

1. DotVPN
At the top of our list is DotVPN. The service has a lot of positive user reviews, and good expert recommendations as well. DotVPN promises to secure your connection, and free VPN services. It offers unlimited bandwidth, and unlimited switches between locations.

Speaking of locations, DotVPN offers you a choice of a dozen virtual locations, including Canada, Japan, Sweden, the US, and the UK. The developers also highlight the use of 4096-bit key encryption. DotVPN also claims to compress traffic, reducing your data usage, and it also integrates with Tor to allow you to surf .onion sites from Chrome. 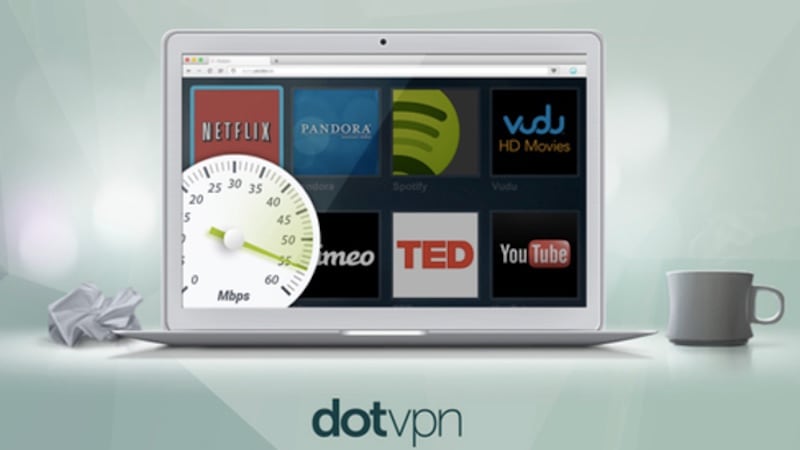 DotVPN has a premium plan which gives you a faster connection, and the 4096-bit key encryption is also part of the paid tier. You can also use it simultaneously on five devices at the same time. This will cost you $4.99 a month, or roughly Rs. 325, but you can try premium free for one month to see if it’s worth it for you.

Get DotVPN for Chrome

2. TunnelBear
The second option that’s really popular is TunnelBear, which is a VPN that most ‘ordinary’ users would also be familiar with. It has great user reviews, and gets a lot of recommendations from other sources as well.

TunnelBear promises not to log any of your data, and it does this with a lot of style. It’s cute, but at the same time, has all the necessary features – it protects your privacy, let’s you access blocked sites, and secures your browser on public Wi-Fi. The biggest plus point is that TunnelBear VPN is super easy to use via this extension – it honestly meets the ‘mom test’; however, you only get 500MB of free usage. That will definitely not be enough if you’re planning to use it for viewing videos. If you find it useful though, you can pay $9.99 (roughly Rs. 650) a month for unlimited data, or $59.88 (roughly Rs. 3,884) for a year’s worth of unlimited usage; which works out to roughly Rs. 323 per month.

Get TunnelBear for Chrome

3. Hotspot Shield
There were also a lot of recommendations for Hotspot Shield, which promises to unlock blocked websites while keeping you secure. It has a one-click process that makes it easy to use, is free, and truly unlimited.

Hotspot Shield VPN allows you to use various virtual locations such as the US, Canada, France, Denmark and so on, allows you to mask and hide your IP and location from websites and online trackers, and also promises not to sell your data to anyone.

It has a number of positive reviews though some people also claimed in the reviews that it was slow. However, when we tried it out Hotspot Shield VPN, we didn’t face that issue. 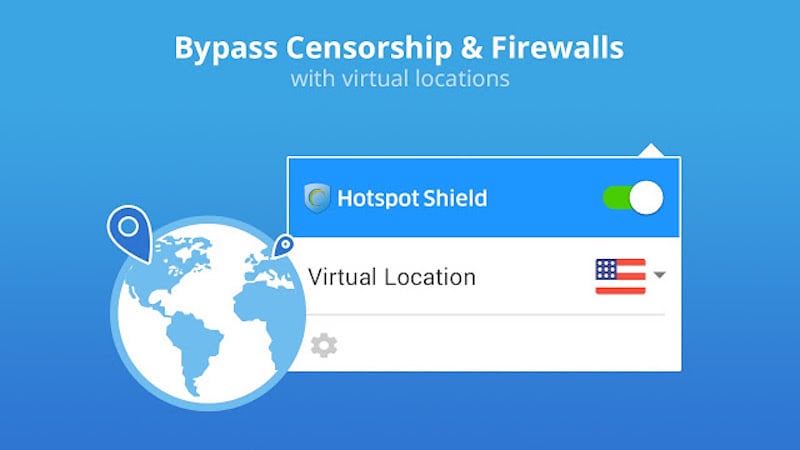 Get Hostspot Shield for Chrome

4. ZenMate VPN
ZenMate is also free and unlimited, which is always a plus, and it prevents trackers from ads, analytics, and social media that follow you around on the Web. It will also protect you on public networks, and overcome geo-blocking.

ZenMate VPN also includes a premium service that increases the speed and adds more locations, and it has a feature called Smart Locations that automatically changes the location depending on the website you’re visiting, based on your preferences. 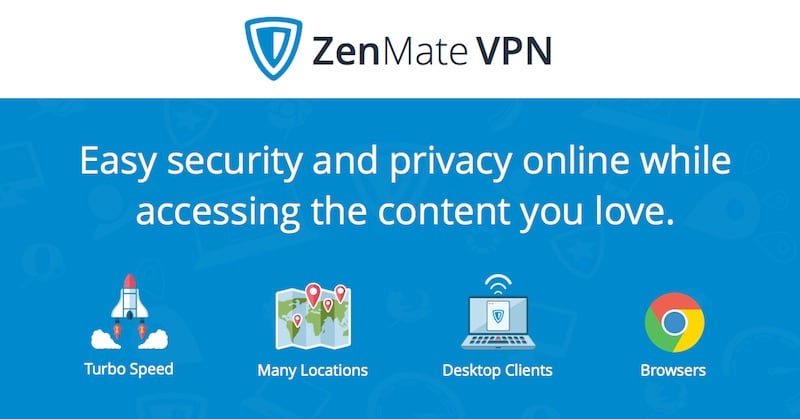 Some of the best features are locked behind the paywall, but by itself, ZenMate’s free service is still a good option to have, thanks to its unlimited browsing.

Get ZenMate for Chrome

5. Betternet
Betternet was highly recommended in a discussion on Reddit, though it actually has fewer reviews than many of the other extensions we tried. That said, it also has a fairly positive overall review score.

Betternet VPN extension looks nice and it doesn’t require you to log in, or anything of the sort. It has a simple one-click interface, and it’s free and fast.

As an added bonus, it’s also unlimited. One issue some users faced was that it simply stopped working. Apparently, reinstalling the extension fixes this, but we didn’t experience the problem first hand. With no ads, and a simple experience, Betternet looks like a good option. 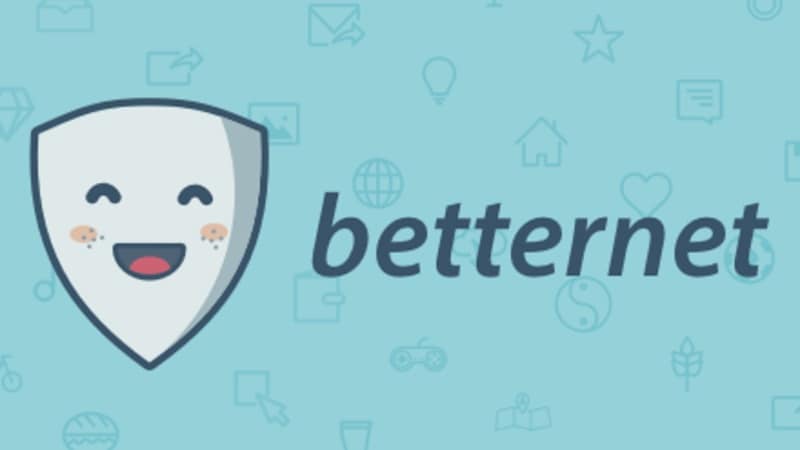 Betternet has an ad supported model, but instead of putting up banners, its button includes a link to try out an app or load a video, which is where it gets its money from.

Get Betternet for Chrome

These five certainly not the only Chrome VPN extensions that we found, but ones that seem to be the most popular, with generally positive reviews, which helped us to make our shortlist. If you’ve used a different VPN that works easily within Chrome, tell us and the other readers about it in the comments below, so people will have more choices.

What marketers can learn from the economy of convenience

Snap taps its IPO price as it continues to crash

Tips for mastering Magikarp Jump, the next Pokémon masterpiece

Don't panic about iPhone sales – yet

Starting a robotics company out of school? Not so fast, suggest investors

Not to be overshadowed by the Apple Watch, AliveCor announces a new 6-lead ECG reader

Animoji are dumb and I detest them

Popular Child Photographer Under Fire for Sexualizing Young Girls
Get your groove on in this week's comment thread!