F1 to launch streaming service in 2018 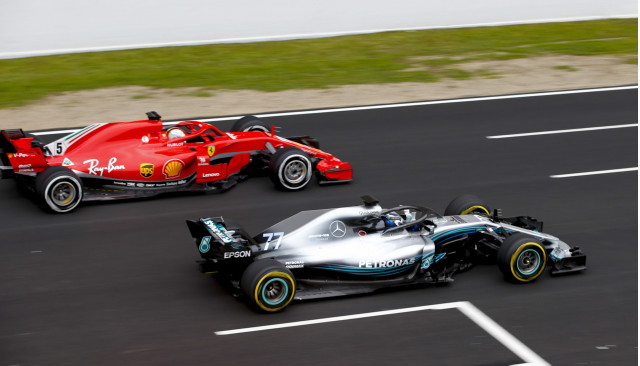 After staying well away from the digital space during the Bernie Ecclestone era, Formula 1 is now fully embracing it by launching an ad-free, feature-rich online streaming service.

The sport’s commercial side, owned by America’s Liberty Media since 2016, announced on Tuesday the upcoming launch of F1 TV. It’s due to go live close to the start of next month’s 2018 season-opening race in Australia.

What F1 TV will offer users is the opportunity to receive live streams of each race with multi-language commentary. In addition, the service will provide access to onboard cameras of each driver throughout race weekends. A flagship F1 TV Pro service will have unique feeds with the capability of personalization.

Yes, users will be able to choose the content they view and how and when they access it. All of practice, qualifying and races, will be offered live, along with press conferences and pre- and post-race interviews. Subscribers will also be able to watch live races of the main support series, namely the Formula 2 Championship, GP3 Series and Porsche Supercup.

F1 TV will be offered as a subscription service, with users to pay a monthly fee just as they would with established online streaming services such as Amazon Prime or Netflix. Prices will vary between regions but is expected to range between $8 and $12 per month for the flagship F1 TV Pro service. Annual subscriptions will also be available.

The service will be made available in four languages (English, French, German and Spanish) and in nearly two dozen regions at launch (including Germany, France, USA, Mexico, Belgium, Austria, Hungary and much of Latin America).

Access will initially be available through desktop and web, with apps for smartphones and smart televisions to be phased in on Amazon-, Apple- and Android-supported devices at a later date. The good news is that users will be able to stream F1 TV on a range of different devices at no additional cost.

A less expensive, non-live service dubbed F1 TV Access will also be available, providing live race timing data and radio commentary, as well as extended highlights of each session from the race weekend.

Should F1 TV prove successful, it could lead to a huge hit to public broadcaster and pay television viewership. However, that might not happen for some time as it looks like F1 TV for now at least is aimed at dedicated fans and not the much greater number of casual viewers.

Nvidia in 2018: faster and faster, pricier and dicier

Now you can enjoy gaming in autonomous cars

Motorola Razr V4: what we want to see

Macro Photos of Butterfly Wings Made by Combining 2,100 Separate Shots

Audi's Keogh sees 2017 as another record-breaker

The battle for consumers gets physical (instead of virtual)

What happened to tablet sales?