Dyson is a British technology company that is revolutionizing the industry. Dyson would be the “Apple” of home appliances. The company designs and manufactures household appliances that are stylish, secretive, and attention-grabbing. These include vacuum cleaners, air purifiers, hand dryers, bladeless fans, heaters, hairdryers, and lights. 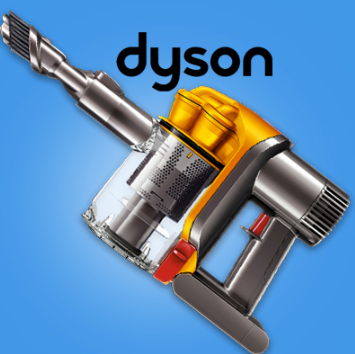 Recently the company unveiled a new robot vacuum cleaner that would help tidy up your home by itself. You heard it right. The new product won’t be needing any help from humans.

Read Also: Optimize Your Performance: Office Laptops That Will Surely be a Bang For Your Buck!

The Dyson 360 Heurist is exceeding expectations as it is living up to what a clever robot vacuum should be. This next-generation attempt at perfecting the robot vacuum cleaner for the home is a follow up to 2016’s Dyson 360 Eye, a robot vacuum that had a lot going for it – if not the fully-polished prize you normally get from Dyson. The Heurist, However, looks to be it’s successor and to answer many of the issues that the first model raised.

Read Also: Accurate Health Care Thermometers to Save You and Your Family Before it is too late!

Dyson’s impressive new model promises around a fifth more suction power and a smarter brain function as well that is to power more than 450,000 lines of code.

“The Dyson 360TM Heurist robot has eight sensors for improved navigation, and powerful suction, so it can clean your home.”

Dyson says its new vacuum cleaner is capable of learning on its own, creating a map that gets more accurate with every clean — Giving it a “Heuristic” trait, hence the name. It can also recognize where it is immediately after leaving the dock and has around 10GB of memory to retain the layout of your home.

How Does The New 360 Heurist Differ From its Predecessor?

Since this is Dyson’s second-generation robot vacuum with the main upgrades from the previous version being the new quad-core processor, which has 10gb of memory, that’s 20 times more than the previous version. Basically, this makes the 360 Heurist much better at navigation, including mapping and adapting and aggregating those maps.

The other major upgrade for the new product is really unique. It’s a bank of LED lights around the camera on the top of the vacuum. These lights automatically brighten either a little bit or a lot, depending on how much light is in the room, which is a pretty cool solution to the previous problem. It has an Intelligent SLAM vision system, a digital motor V2, full-width brush bar, tank tracks, and radial root cyclone technology.

Salesforce keeps revenue pedal to the metal with another mammoth quarter

Facebook GIF Maker Now Available On iOS: Here's What The New Camera Feature Can Do

New Toyota Supra will not debut at 2018 Detroit Auto Show

Ultra-ultra settings: how 8K TVs are going to transform gaming

Why New Zealand's tiny rocket launch is such a big deal