Dragon Quest Heroes II is an interesting mix, bringing together an action role-playing game, and hack-and-slash combat mechanics. The story resembles an epic fantasy, but you often encounter armoured robots that shoot laser beams from their eyes. We got into the game because of its combat mechanics, and kept on going because of the story.

As with any epic fantasy story, Dragon Quest Heroes II starts with a legend. Long ago, the world was ruled by a pair of twins who raised it to glorious heights before warring against each other. When the dust settled, the realm was divided into seven kingdoms and they pledged to never fight again. Over a thousand years have passed and the peace is about to be shattered once more.

You can play as either Lazarel, or Teresa, heroes from the kingdom of Dunisia, who are living in Harba to further their education. Peace ends when Dunisia attacks, and our heroes step in to defend Harba. Thus begins your journey in Dragon Quest Heroes II. You try to find out why Dunisia attacked Harba, and then the story takes a dark turn. There obviously is much more to it than what you thought initially.

The characters, and the voice acting, are some of the best things about Dragon Quest Heroes II. We loved how some of the characters we fought against ended up joining our party, which just kept growing as the story progressed. Not only did this add a bunch of interesting personalities to our team, but it also gave us a lot of different combat abilities to work with. 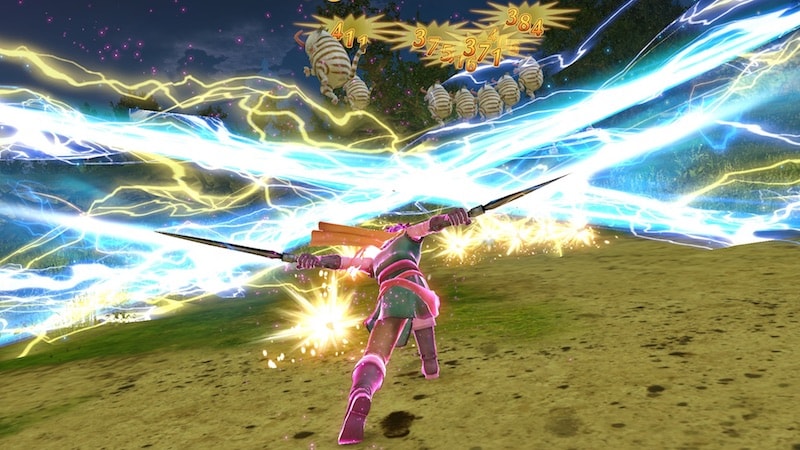 This game was originally released in Japanese and we weren’t too pleased to notice quite a few lip sync issues in the English version of the game. However, each character has an equally amazing voice actor, and that made it a lot easier to ignore the lip sync issues.

Some of the characters appear to be adolescents and are quite immature, but there are others such as Desdemona, Torneko, and Meena, who are quite well-rounded. It’s also a lot of fun to fight battles with different combinations of characters. Desdemona and Cesar are excellent at clearing out hordes of monsters, while some others are great at attacking foes from a distance. Characters such as Torneko can heal allies, making them important for boss battles.

Dragon Quest Heroes II is quite forgiving towards new players. Unlike some Dragon Quest games from the main series, this game allows you to keep all your experience points and gold collected even if you lose a battle. You can just try again at any time without losing anything. That, and the extremely enjoyable hack-and-slash combat, make this a great game for those who want to get into the Dragon Quest universe.

The controls and gameplay also shouldn’t present any difficulties for beginners. You move using the left analogue stick and pan the camera using the right stick. The four buttons on the controller let you jump and perform attacks. L1 lets you block and R1 is used to cast spells. R2 lets you run and L2 is the most useful button in the game, as it lets you switch to another character. 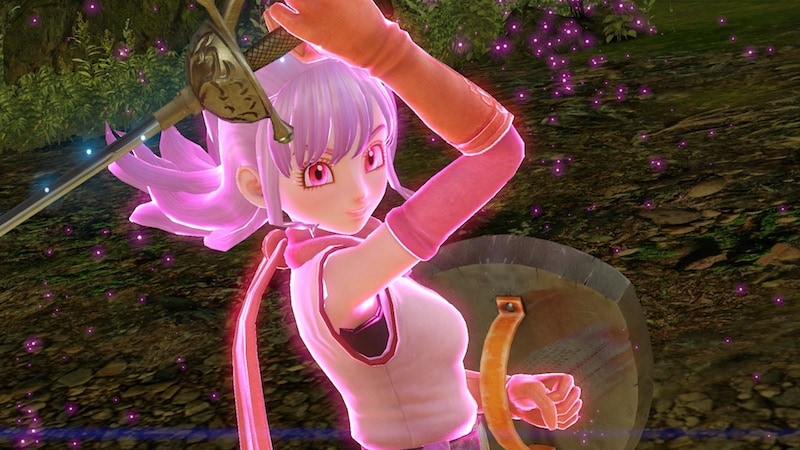 This means that you actually get to experience combat as different characters. If jumping into the centre of a gang of 200 monsters isn’t your cup of tea, you can always play as a support character and turn the tide of battle from a distance. As you rain blows on enemies, your “tension” bar starts to fill up. When it does, your character can go into “high tension” mode and become invincible for a short while. This ends with a special attack that has a phenomenal cutscene (like fatalities in Mortal Kombat) and differs for each character.

This mode is very useful especially during boss battles, which can take a long time to end. Some bosses are accompanied by an entire army of monsters and some of these monsters are hard to kill. You can’t just blindly charge into every battle and expect to win. You will have to strategise, and be prepared for enemy reinforcements showing up periodically.

Each character can cast certain spells and you should use these wisely. Mechanised robots are weak against lightning attacks, so you might want to find the enemy’s weakness and use it against them. Sometimes, when you kill a monster, you can collect a monster medal. These medals let you temporarily summon that monster or transform into it.

Monster medals are also a vital part of any battle. If you use these at the right time, you could reduce a particularly resilient boss into a lumbering wreck in a matter of seconds. This is a big deal because you can transform yourself into a mechanised robot or a massive armoured knight. When you do this, you are invincible for a short while and you can deal significantly more damage to your foes. 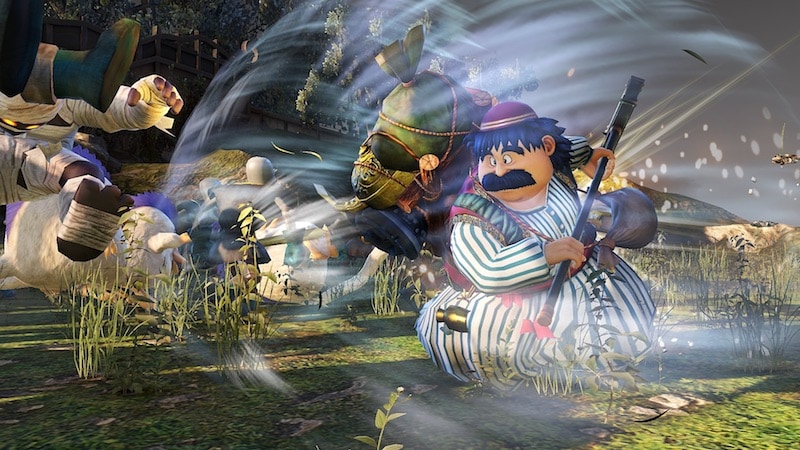 While we did enjoy all of these aspects of Dragon Quest Heroes II, we were left frustrated by certain others. The first problem is with the game’s saving mechanism. The game has an autosave function but if you want to manually save the game, you have to find a priestess for a confession. She then records your adventure and lets you save the game. This means that you can’t just saye whenever you want to, and this can get frustrating. It’s a design relic from the early days of the series, because of hardware limitations of the time, and should have been removed by now.

Secondly, though changing members of your party to see what combination works best is quite fun, the game doesn’t always let you do that. To change members of your party, you have to visit the city of Accordia, and meet a particular woman at an inn. We found this quite inexplicable because new characters kept joining our party and the entire posse of characters appeared in every cutscene. So why can’t we choose to change the party between battles, without going back to Accordia every time? The game doesn’t answer that question.

When you’re going from one kingdom to another, sometimes you encounter people being attacked by monsters. If you save these people, you gain valuable experience points. We saved quite a few of these people only to find that they were still being attacked by the same monsters when we returned to the same place much later. These are some of the things that make certain parts of the game feel unnecessarily repetitive.

Overall, Dragon Quest Heroes II is a game we’d recommend to RPG fans. It offers an engaging story, a wide cast of great characters, and some cool hack-and-slash combat. Yes, it has quite a bit of room for improvement but still we feel it’d serve as a great starting point for anyone who’s wondering what the Dragon Quest fuss is all about. If you like this game, be prepared to invest a lot of time in the Dragon Quest universe as it has 10 games in the main series, plus several spinoffs.

Mattel’s ThingMaker, the 3D printer that let kids make their own toys, delayed until next year

How Obama set the course of the industry

A smarter SUV: Nissan’s new Juke gets serious with its tech spec

Uber’s head of finance is heading to Opendoor

Samsung Galaxy A90 Will Allegedly Launch as Galaxy A80, How to Watch Launch Live Stream

Foxconn is killing a second $9B factory

You Can Now Transfer Money Via Facebook Messenger Thanks To TransferWise

Infiniti will preview next QX80 at 2017 New York auto show

Samsung One UI 2.0 Beta Program for Galaxy S10 Series Now Live in India, Brings Android 10 Along With Other Custom Changes