Drone maker DJI made a few announcements on Tuesday. Seagate collaborated with the company to launch a new hard drive that is aimed especially at drone owners, called the DJI Fly Drive, DJI also announced announced a new camera drone in partnership with Hasselblad, apart from DJI Goggles.

Talking about Seagate first, the DJI Fly Drive’s main highlight is its inbuilt microSD card slot, which is designed to transfer footage to the drive on-the-go. Drones from companies like DJI essentially use microSD cards to store footage. Seagate’s drive with a built-in microSD card will allow users to transfer files from the drone’s microSD card to the hard drive easily and while on the move. 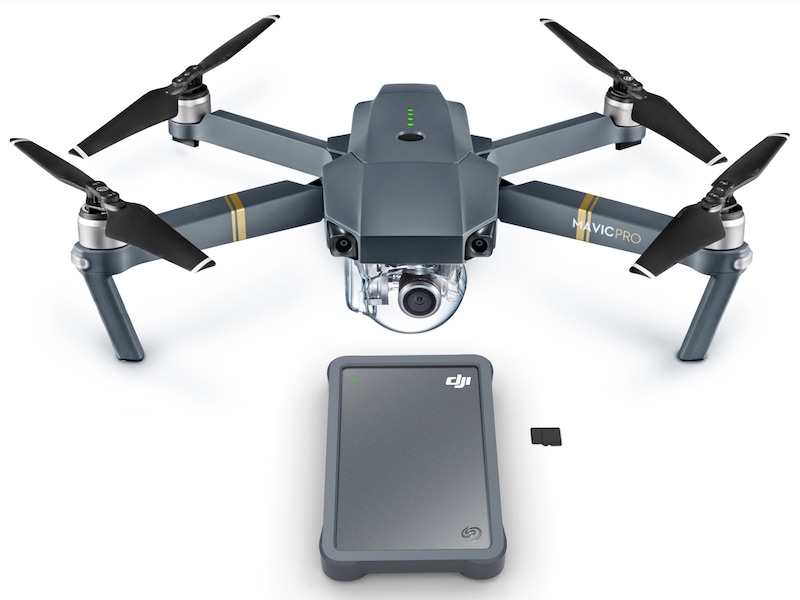 Additionally, the DJI Fly Drive hard drive offers up to 2TB of storage meaning you won’t have to worry about running out of space when shooting in the air. Seagate says that the hard drive will be able to store over 60 hours of 4K 30fps video footage. The drive also features a USB 3.1 Type-C interface which promises fast transfer of files with Thunderbolt 3 and USB 3.1 computers.

DJI also partnered with Hasselblad to announce what they call “the first 100-megapixel integrated drone imaging platform.” It is made up of an M600 Pro drone, a Ronin MX gimbal, and a H6D-100cc camera. While there is nothing new overall as it is made up of already-announced components, the combined product is expected to cost cheaper than buying individual parts. However, it is still expected to cost an upwards of $30,000, although the companies have yet to announce the official price. 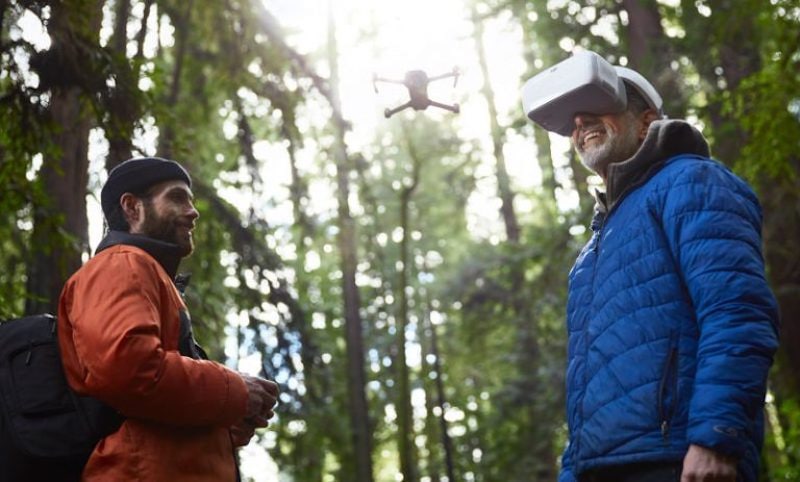 Lastly, DJI also announced the DJI Goggles which, as you could guess from the name, is a headset that features head tracking and lets you control DJI drones by moving your head. Some of the highlights of the DJI Goggles include two 1920×1080 screens, built-in antennas for 360-degree coverage, a touchpad and 5D button on the Mavic Pro controller.

The DJI Goggles are compatible Phantom 4 series and Inspire 2 using the Micro-USB port. It also features a microSD card slot to download files from the drone to the SD card. You can also plug headphones into the headphone jack or use the onboard speakers to listen to audio on videos being played through the HDMI cable. The DJI Goggles are priced at $449, and is available for order now.

MacBook Pro 2016: Everything We Know About The Magic Toolbar

What is Amazon Prime? Amazon’s subscription service in Australia explained

Smart running shoes won’t make you faster, but they could help you avoid getting hurt

Why Pentax is Making the Right Call in Sticking with DSLRs

Meet The Man Who Photographed the Atomic Bombing of Hiroshima

Musk: next Hyperloop test will either end in new record speed or ‘shredded metal’

'Make in India' has to be more than a slogan, says Harman CEO

Amazon now lets you separately subscribe to Prime Video for $8.99 per month

Big Dumb Button: Why My Hasselblad is Priceless to Me

Instagram ‘Regram’ Test Lets Others Use Your Photos in Their Stories