The most popular name in drone industry – DJI has launched its Inspire 2 and Phantom 4 Pro drones, aimed at professional photographers and videographers. Here are the details of the newly launched drones.

The DJI Inspire 2, aimed at professionals, comes with a new magnesium-aluminium alloy body that increases stiffness and reduces the weight of the drone, as per the company. It takes just 4 seconds to reach a speed of 50mph and has a top speed of 67mph.

However, the most unique feature about the drone is that it packs two cameras. “A new forward-facing camera offers the pilot the best flight view for operating the master controller, while the camera operator receives a separate feed from the professional Zenmuse camera mounted on the main gimbal,” the company said in a press release. The Inspire 2 comes with Zenmuse X4S and X5S cameras and as per DJI, it will support additional cameras in the future.

The DJI Inspire 2 comes with CineCore 2.0, a new image processing system that allows faster processing of even large files. “Inspire 2 captures 5.2K video at 4.2 Gbps for Adobe CinemaDNG RAW videos and leverages a newly-designed, fast CINESSD storage for a smooth work experience,” the company said in its release. The CineCore 2.0 supports file formats such as Adobe CinemaDNG, Apple ProRes 422 HQ (5.2K, 4K) and ProRes 4444 XQ (4K), H.264, and H.265. While recording 4K video in H.264 and H.265, the birate is up to 100Mbps, as per DJI.

The drone comes with dual batteries so that it is able to return even in cases where one of the battery fails. The DJI Inspire 2 also offers support for various “intelligent flight modes” that allow users to capture images/videos as per their requirement.

“Spotlight Pro Mode locks onto a subject during flight while the aircraft flies freely in another direction – and automatically rotates the aircraft to stay on the shot if the gimbal reaches its rotational limit. The forward-facing camera offers TapFly, which directs Inspire 2 to any point on the screen while avoiding obstacles along the way. ActiveTrack recognizes common subjects such as people, cars and animals, sending Inspire 2 to follow behind, lead in front, circle above or track alongside while always flying forward, ensuring the forward-facing obstacle sensing system keeps the aircraft safe,” DJI said in the release.

The DJI Inspire 2 has been priced by the company at Rs. 2.59 lakhs ($2,999 in the US) while the The Inspire 2 Combo, which includes a Inspire 2 aircraft, a Zenmuse X5S, CinemaDNG and Apple ProRes License Key, is available for Rs. 5.34 lakhs ($5,999 in the US). Customers who order the Inspire 2 Combo before January 1 can get it at a discounted price of Rs. 5.16 lakhs. The pre-order for Inspire 2 and accessories is already available at company’s website and its three flagship stores.

The shipping for the product is expected to start early December as per the company, while pre-orders are now open.

Moving on DJI Phantom Pro 4, the drone is aimed at both professional and casual users alike. It packs a 1-inch 20-megapixel sensor and 12 stops of dynamic range that according to company bring out “low-light performance unprecedented in a flying camera of this size.” The drone is capable of capturing 4K video up to 60 frames per second at a maximum bit rate of 100mbps. 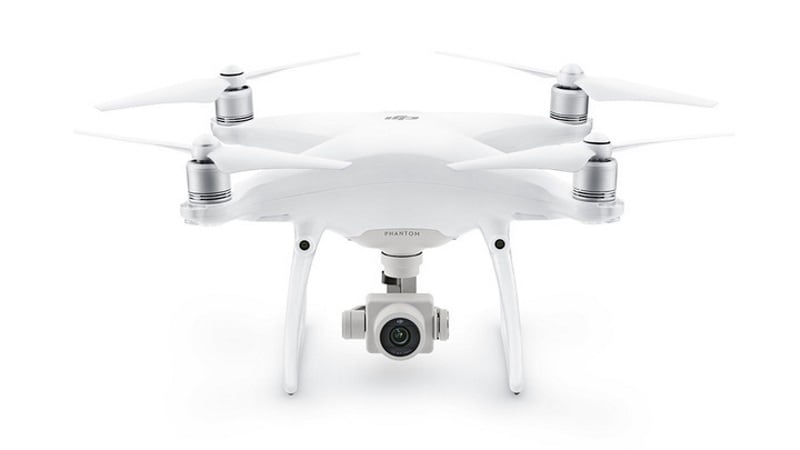 The DJI Phantom Pro 4 drone comes with obstacle avoidance system called FlightAutonomy. It is essentially three sets of visual systems that build a 3D map of obstacles in front, behind and below the aircraft, as well as infrared sensing systems on both sides as per the company. An interesting security feature added to the drone ensures that within a minute of losing GPS signal, it returns back to the last connected position and hover over there to wait for pilot’s command.

The Phantom Pro 4 is already available for pre-order and DJI flagship stores in Shenzhen, Seoul and Hong Kong. The company has said that the product will start shipping one week after launch.

Satya Nadella on Competing With Apple and Google, Minecraft on Holo Lens, and More

How to watch The Deuce online: stream season 3 from anywhere

ProductReview.com.au users reckon these are the best tech products of 2017

This is how Lamborghini's Countach got its name, and it's not what you think

UFC Nashville live stream: how to watch Thompson vs Pettis from anywhere

These are the Winners of the 2020 iPhone Photography Awards

The best Samsung Galaxy S8 Plus deals in March 2019

Sure looks like China has a ship-mounted railgun
Hands-on review: AOC U3277PWQU