Destiny 2 release date slated for September, and it's coming to PC 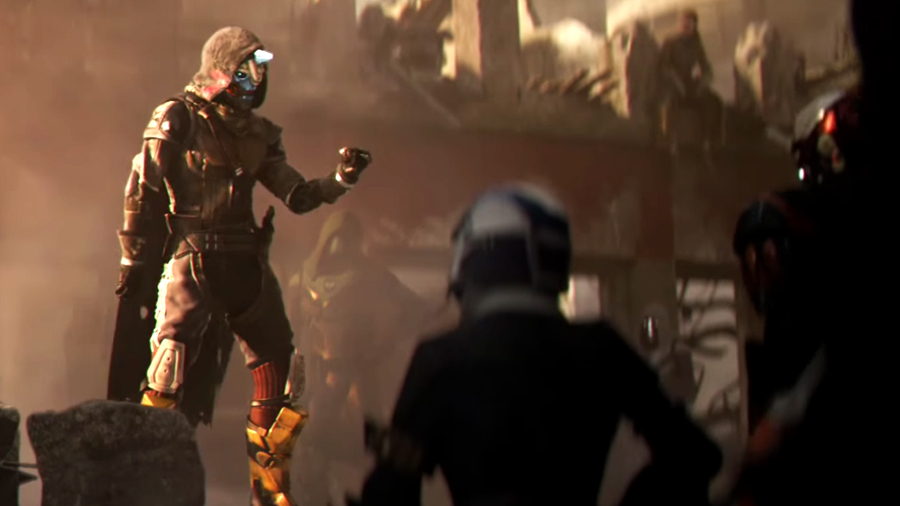 After dropping a teaser on us yesterday, Destiny 2 is now a bonafide “thing” with a full reveal trailer and details on the game’s preorder incentives, release date, and platforms.

The sequel to Bungie’s 2014 multiplayer shooter hits store shelves September 8 and will be available for the PS4, Xbox One, and PC.

The latter is a pleasant surprise, even if it’s not thaaat much a shock, as PC players were left out of the original Destiny’s release when it came out for the Xbox 360, Xbox One, PS3, and PS4.

Though no gameplay was shown, the debut trailer for Destiny 2 sets up a dire scenario where scattered, beaten Guardians must reunite for to push back the forces of evil aiming to take over their home.

Of course, gathering loot is also on the table, as promised by the quippy, Nathan Fillion-voiced Vanguard, Cayde-6.

Eager beavers committed to another tour of Destiny’s blend of FPS and MMO hijinks can preorder the game now and recieve a headstart on the game’s beta as a bonus.

Those waiting to actually see the game in action before dropping cash won’t have the wait long, as Bungie teases the “first opportunity to see Guardians in action” will be on May 18.

Here's How To Check What Facebook Knows About You

Tetenal is in Trouble: One of the Largest Photochemical Firms Needs Your Help

Travelex services are still down after cyberattack

‘MegaMIMO 2.0’ wireless routers work together to triple bandwidth and double range
The 10 Most Popular PetaPixel Posts of the Decade

Tesla is rolling out a cheaper, mid-range Model 3

OnePlus' visual identity gets a makeover

Adobe is bringing Photoshop CC to the iPad

How to Create the Perfect Photoshop Toolbar for Your Editing Needs

Oh Snap! Did Snap Really Lose $2 Billion In 3 Months And Is Facebook To Blame?