After testing it for eight months, Google has announced that it has now built Google Cast right into Chrome. Users will no longer have to install a separate extension to beam videos from a webpage to other screens like their TV.

In January, Google employee Francois Beaufort announced that the Chromium team was testing this feature in the beta channel. He credited the new Media Router for making it possible to build Cast natively. Now, the feature has been rolled out into the stable Chrome channel for everyone to use.

For all the websites that support Cast, an icon will appear when you’re on the same network as a Chromecast device. Clicking on the icon will allow you to choose the home device that you want to project the stream on – be it audio speakers, or see a web video on TV. 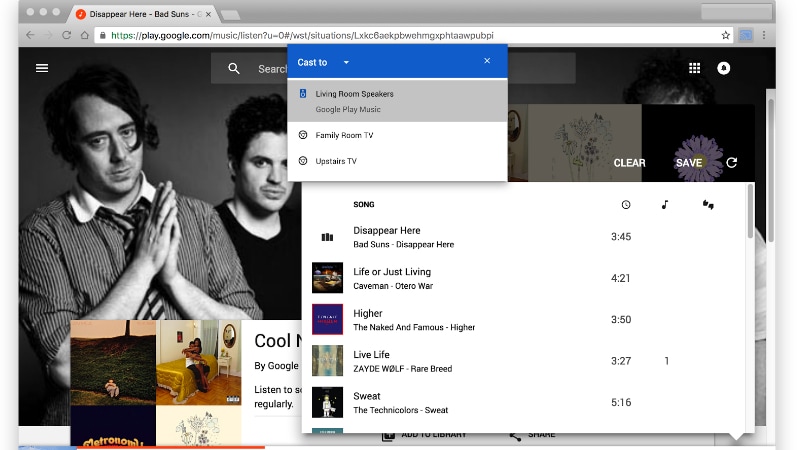 For all the websites that are not integrated with Cast, just head to the Chrome menu, select ‘Cast’ from there, and follow the steps to beam the video on your TV. The tech giant informs that only the latest version of Chrome supports the integrated Cast feature.

The Google Cast extension for Chrome was launched in 2013, alongside the Chromecast dongle. Until now users had to download and install Google Cast Chrome extension to stream music, videos, and other webpages from the browser to their Chromecast-connected TV. However, this native support of Cast eliminates this installation process.

Google claims that users have casted more than 38 million times from Chrome in the last month itself. In July, users has watched and heard more than 50 million hours of content through Chromecast.

Google introduced its second-generation Chromecast dongle and the new Chromecast Audio dongle in India in April this year, and priced both at Rs. 3,399. The media-streaming dongles are available on several online marketplaces including Flipkart, Snapdeal, Paytm, as well as offline retailers like Reliance Digital and Croma. Google claims that it managed to sell 5 million Chromecast devices in the last two months itself.

BMW to include Skype for Business in-car via iDrive

How to Turn Off Windows Defender in Windows 10, Windows 8.1, Windows 7, Windows XP Permanently

You don’t need a subwoofer for your wrist

Microsoft may have detonated its Android on Windows Phone 'bridge'

The BMW M5 Competition is more powerful than advertised

Microsoft Jumps Into The Game VR Fray, Announces Mixed Reality For Project Scorpio And Xbox One

Things Google Assistant can do: how to use your Google Home speaker

HTC makes a business case for Vive at GITEX

IBM CEO: 'Every company will become an AI company'

What Was Your First Camera? 10 Top Photographers Share Theirs